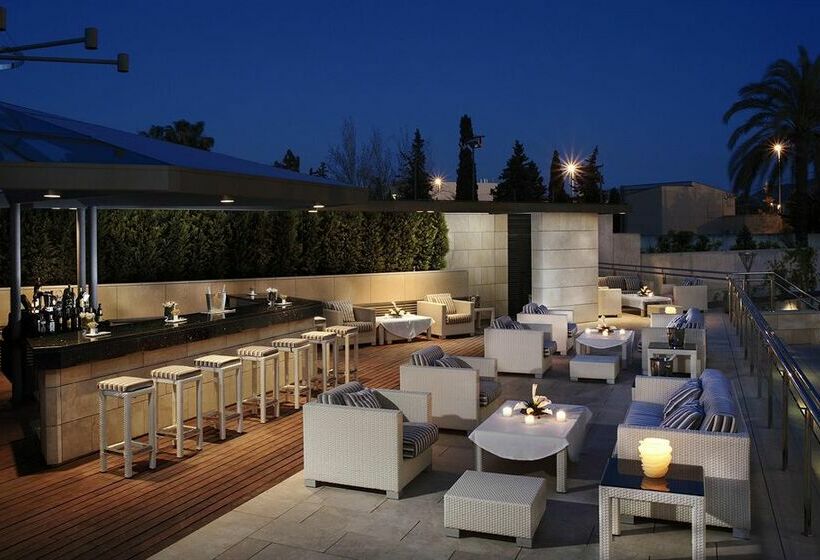 Just 15 minutes’ walk from the historical centre of Murcia, Hotel Nelva offers a swimming pool and free Wi-Fi. The modern rooms have hydromassage showers and flat-screen satellite TVs. The hotel is set in large gardens offering great city views. There is a sun terrace, and panoramic lifts. The Oro Negro Restaurant serves traditional dishes from the Murcia region, using fresh produce. There is also a seasonal snack-bar open during the summer season. It is just 10 minutes’ walk from the Murcia Conference Centre, and 4 minutes from the large Las Atalayas Shopping Centre.