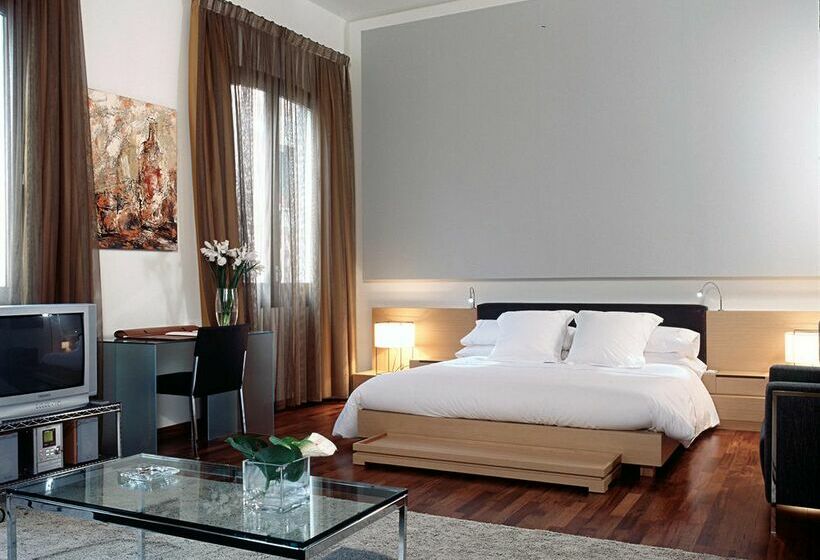 This chic boutique hotel blends a carefully preserved, 18th-century setting with the most modern and impressive interior design. It lies in the fashionable La Ribera district of central Barcelona. The Mercer House Bòria BCN is set in amongst the narrow, atmospheric streets just to the north of the famous El Born district. Its original 18th-century façade has been well-preserved and adds to the hotel’s unique charm. Inside, each suite and room has a clean, contemporary style complemented by works of modern art by young local artists. To get an idea of the Boria’s great location, head to its own rooftop sun terrace, where you can look out over the city’s Gothic cathedral, the beautiful nearby church of Santa María del Mar and the Old Port beyond. Stone is the main material of this hotel that has gone accumulating remains of different constructive styles throughout its history, including Gothic and neoclassical elements, which gives it the Speciality Monument status. In the same restaurant, we find a part of the Roman wall of Barcino, built in the first century and one of the 76 towers of surveillance, in particular num. 28 with original paintings of the 14th century.

0
Among the 0 user reviews of this lodging establishment, we don't have any available in English. Would you like to be the first to write a review in your language?
Add your review
Add your review