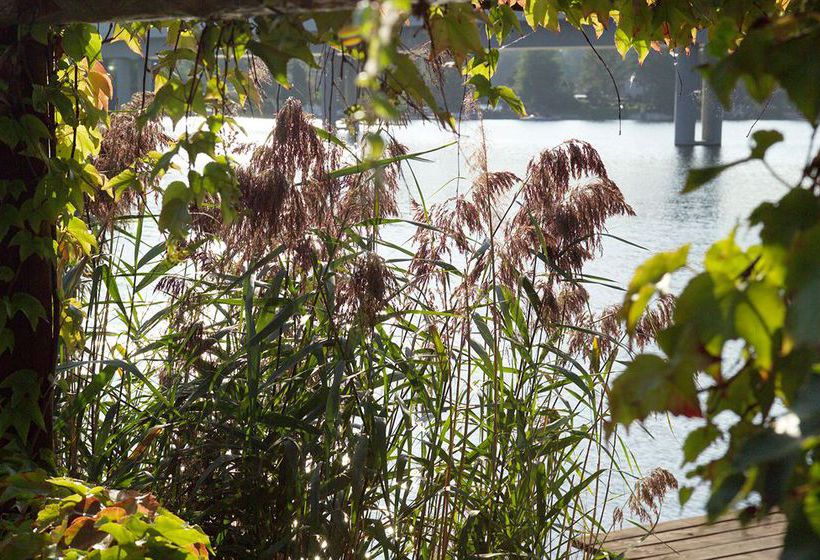 Strandhotel Alte Donau has a private beach and offers free parking and free Wi-Fi access. Vienna’s city centre can be reached by underground in only a few minutes. The modern rooms feature bathrooms with underfloor heating. Most rooms have views of the water, which is an unconnected part of the Danube River. Some units also feature air conditioning. In summer the breakfast buffet is served in the garden. An internet terminal is available in the lobby. Deck chairs, sunshades, and a rowboat are available at the beach. A cycling trail leads right past the Strandhotel, which features a lockable bicycle garage. On request, free bicycles can be made available on site. The Donauzentrum, Vienna’s largest shopping centre, is only a few minutes’ walk away from Strandhotel Alte Donau. The Alte Donau underground station (line U1) is about 250 metres away. The Donauinsel recreation area and the UN headquarters are nearby.

Among the 0 user reviews of this lodging establishment, we don't have any available in English. Would you like to be the first to write a review in your language?