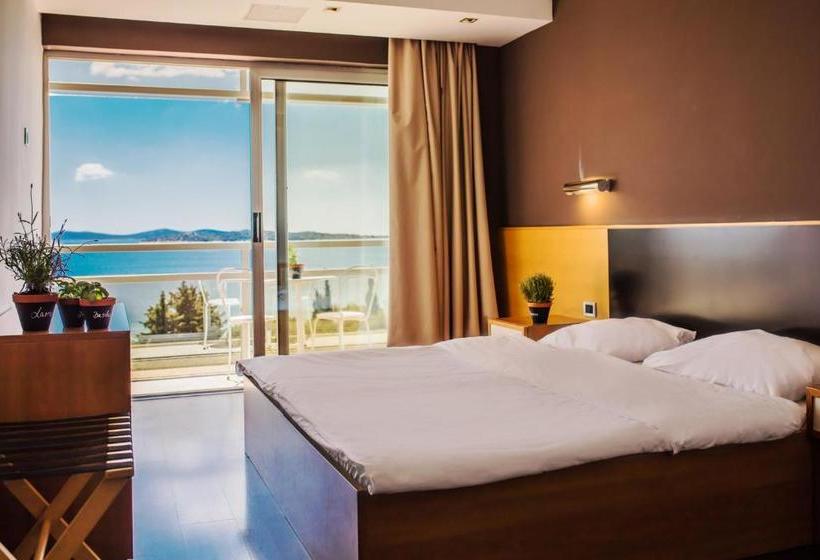 Hotel Imperial Vodice is situated at the very coast of the tourist resort Vodice, 700 metres from the centre. In front of the hotel there is a beautiful beach. Surrounded by a park of carefully planted Mediterranean herbs, it offers a restaurant, tennis courts, sauna and swimming pools. The majority of the rooms are air conditioned and situated towards the sea side, with satellite TV, phone, minibar. During summer season the hotel organises a varied entertainment programme for children and adults. Live music featuring traditional Dalmatian songs is offered once per week. Samples of Mediterranean cuisine and olive oil can be tasted at the restaurant. A selection of alcoholic and soft beverages is available as well. There is a children's playground on site, as well as a mini club and animation for kids. The Imperial Vodice Hotel will make your stay more pleasant by organizing excursions to the nearby national parks of Krka, Kornati and Plitvice, as well as other beautiful places.

0
Among the 0 user reviews of this lodging establishment, we don't have any available in English. Would you like to be the first to write a review in your language?
Add your review
Add your review