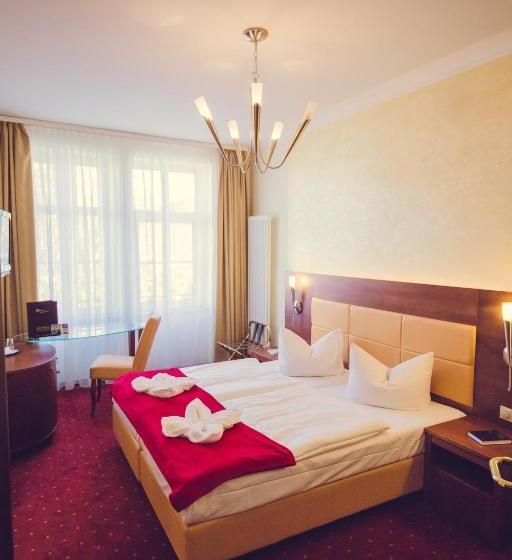 This 3-star Superior hotel is next to Arena Leipzig and Red Bull Arena and just an 10-minute walk from inner city and Leipzig Zoo. It features modern, soundproofed rooms and private parking. All rooms and suites at the Arena City feature a flat-screen TV, black-out curtains, and a bathroom with large shower. Allergy-free rooms and non-smoking rooms are available. A range of relaxing massage treatments are available at Hotel Arena City Leipzig Mitte, and there is also a modern sauna area. Guests can also rent bicycles at the hotel. Rich buffet breakfasts are prepared in the mornings at the Arena City. There is an Italian restaurant within the same building as the hotel. The Feuerbachstraße tram stop is 50 metres away from the Hotel Arena City. Trams run to Leipzig Central Station in 9 minutes.