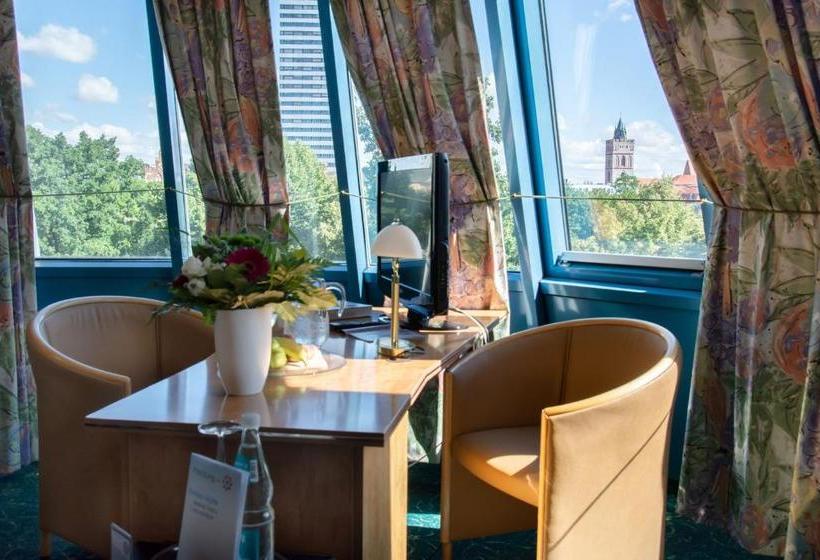 This 3-star superior hotel is centrally located directly opposite a park in Frankfurt an der Oder, the city on the border between Germany and Poland. WiFi is provided free of charge for guests of the City Park Hotel. Rooms at the the City Park Hotel are colourfully furnished and include a flat-screen satellite TV. Each room also has a minibar, desk, telephone and a private bathroom with shower and hairdryer. A rich breakfast buffet is prepared each morning. Snacks and drinks can be enjoyed in the bistro with its summer terrace, and regional beers are served at the lobby bar. Popular with cyclists doing the Oder-Neiße Cycle Trail, the hotel offers bicycle storage and e-bikes. It is also a good base for exploring cultural attractions in Frankfurt an der Oder or visiting the neighbouring Polish town of Slubice. The City Park Hotel is a few minutes’ walk from Frankfurt (Oder) Train Station, and 5 km from the A12 motorway. Berlin is just 1 hour away by car or train. The hotel has its own underground parking garage.