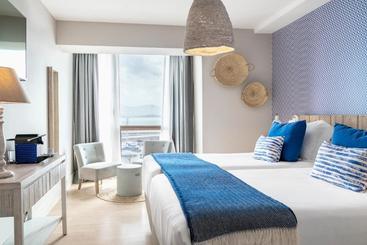 This property is 11 minutes walk from the beach. Vincci Puertochico is situated just metres from Puertochico Marina, with...

The Abba Santander hotel is located in the center of Santander, near the train station, the ferry terminal and bus stop.

The hotel is located near the city’s Gran Casino. Santander Cathedral and the ferry port are 3 km away. Regular buses to...

This hotel is located directly in the centre of Sardinero, between the Gran Casino and the Magdalena Palace. The immediate...

Location: in El Sardinero residential area, 1,5 Km. from the centre and 350 m. from the beach. 1 km from the Palacio de Festivales...

This luxurious 4-star hotel is located right by the beach, and only 400 metres from Magdalena Palace. It is within walking... 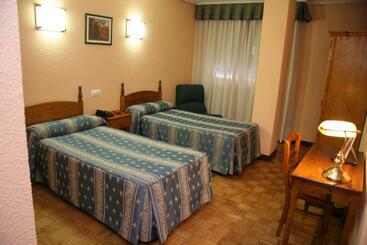 By car, atxi or bus. Take the A8 direction Centro, and follow signs to the RENFE railway station and the ferry. . 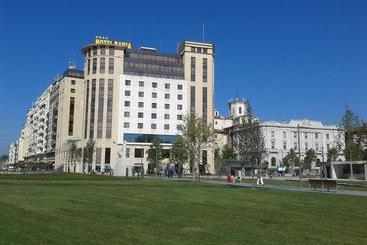 Centrally located just a few steps from the port where the ferry arrives. Also within walking distance to the main shopping...

Book your cheap hotel in Santander

Located in the autonomous community of Cantabria on the north coast of Spain, Santander is a city with a rich history and culture. Believed to have been a flourishing port since the ancient times, activity has been recorded in and around Santander as far back as the 11th century.

Although much of the medieval city was destroyed in the Great Fire of 1941, Santander recovered to become one of the most attractive and interesting travel destinations in the whole of Spain.

In recent times, Santander has become as culinary hotspot with excellent high quality restaurants, including one which holds the highly coveted three Michelin stars.

A large factor in helping the city to build this new established reputation is the wide array of cheap and affordable hotel accommodation available.

Santander consists of a number of surrounding districts:


What to see and do in Santander

If you can stay out of the tapas bars and restaurants long enough to do some sightseeing you won’t be disappointed. Things to see include the opulent Palacio de la Magdalena, a former summer residence of Spanish royalty, the impressive cathedral, and the interesting Museum of Prehistory and Archaeology of Cantabria. Be sure to take a sojourn in the Jardines de Pereda which sit along the seafront and take a trip to the Faro de Cabo Mayor, the lighthouse which offers the best views of Santander.


What to eat in Santander

There’s a wide range of delicious local food – especially seafood. Some of the most iconic signature dishes include guiso pescadores, a fisherman’s stew,baked sardines, cocido montanes which is a rich bean and vegetable stew, rabas which is a local take on fried squid, and quesada pasiega which is a ricotta cheese dessert.


Typical events and festivals in Santander

There is always something to attend and enjoy in Santander, no matter what time of the year you are visiting. Three of the most popular and famous events in particular are the Festival Internacional de Santander, the Festival Internacional de Musica de Organo and the Paloma O’Shea International Piano Competition. Many of these events are based around the Centro Botin which has become the main cultural hub of the city.


How to move around in Santander

The local bus network and taxi services are the two best options for getting around Santander in a simple and timely manner. Those who want to venture further than the city limits can take advantage of the RENFE train that provides connections to places like Madrid and Burgos.


The climate in Santander

Santander has been classified as having a warm and temperate climate. It is worth noting that the city experiences a significant amount of precipitation, even in its supposed driest months. The average temperature throughout the year is approximately 14 degrees, with the summer months being slightly hotter and therefore more ideal for tourism.

The most centrally located hotels in Santander with the best ratings are: Hotel Bahía, Hotel Nh Ciudad De Santander and Hotel Silken Coliseum.

It depends on the category of the hotel. If you want to stay at a 4-star hotel in Santander, the average price per night is 35 €, while you will pay an average of 33 € for a 3-star hotel, and in a more luxurious 5-star hotel, you"ll pay around 129 €.

You can make reservations at Eurostars Hotel Real, Hotel Hoyuela and Gran Hotel Victoria if you"re looking for a hotel with valet service for your visit to Santander.

If you're bringing a vehicle, we recommend that you book a hotel with parking in Santander, like Hotel Bahía, Gran Hotel Sardinero or Hotel Hoyuela.

If you need a hotel with disabled access in Santander, we recommend Hotel Bahía, Gran Hotel Sardinero and Hotel Chiqui.

According to our clients, if you´re travelling with children, the best hotels in Santander are Hotel Las Carolinas Garden, Hotel Chiqui and Hotel Bahía.

If you want to save time, the hotels in Santander with express check-in and check-out are Hotel Chiqui, Hotel Abba Santander and Estudios Aránzazu.

The best hotels with a pool in Santander are Hotel Chiqui, Hotel San Millán and Sercotel Palacio Del Mar.

Some of the options for hotels with non-smoking rooms in Santander are Hotel Bahía, Hotel Chiqui and Eurostars Hotel Real.