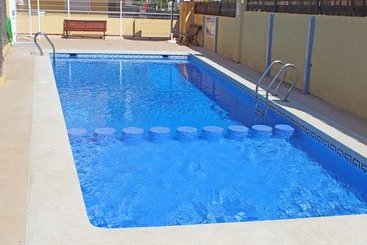 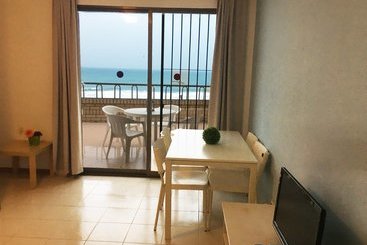 Apartamentos Bernat is located 50 m from the beach and only 10 minutes’ walk from Oropesa del Mar city centre. All apartments... 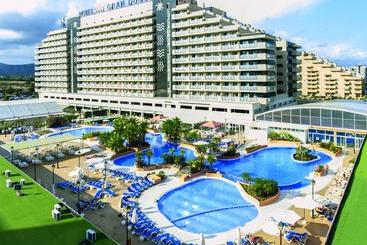 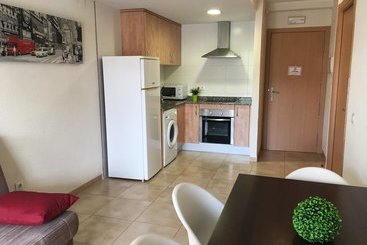 Apartments in Apartamentos Doña Carmen 3000 can accommodate up to 6 guests in one or two double rooms with a double bed... 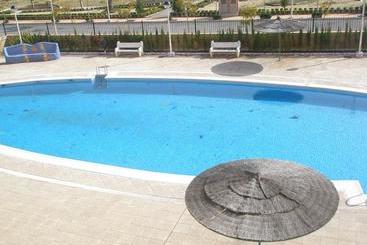 The Apartments are located within the Marina D'Or complex and 2 km from the center of Oropesa del Mar. 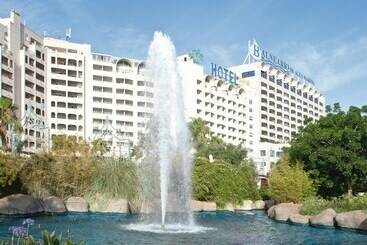 Pamper yourself with a visit to the spa, which offers massages. You can take advantage of recreational amenities such as...

This apartment complex is located in the Marina Dor residential area, around 2 km from the city centre. The complex offers... 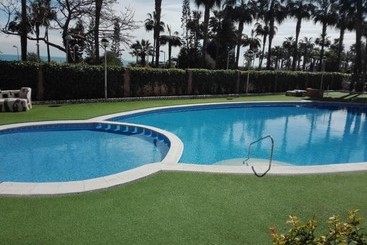 The Acapulco Marina D'Or 3000 Apartments in Oropesa del Mar are located on the beachfront of Amplaries, the Oropesa beach...

Located in the comarca of Plana Alta, Oropesa is a town in the historic Valencian Community of north east Spain. A resort nestled right by the sea, in an area known as the Orange Blossom Coast, the town has over the years been developed into one that relies greatly on tourism, both domestic and international.

Don’t let its modern guise as a contemporary tourist resort fool you. If you dig a little deeper, you will find that Oropesa del Mar boasts a long and proud history. Settlement has been proven right back to the Bronze Age, the town has been through many rulers, attacked by Barbary pirates, and played a key role in a battle in the 1811 War of Independence.

Holidaymakers will be pleased to learn that there are plenty of affordable hotels in Oropesa del Mar.

The main areas of interest for visitors are:


What to see and do in Oropesa del Mar

There is an interesting mixture of historical interest and pure tourist entertainment. Some of the suggestions for must visits places and must have experiences include the amusement/theme parks of Parque Infantil Munda Fantasia and Aventura d’Or Parc Tematica, the Torre del Reya 15th century watchtower commissioned by Fernando the 1st of Aragon and Castillo Árabe de Oropesa del Mar, a Moorish castle once captured by El Cid. There are some interesting churches, for example, the Iglesia de la Virgen de la Paciencia has some beautiful tiles and some interesting museums like the Iron Museum, the Playing Card Museum, and the Museum of International Art.


What to eat in Oropesa del Mar

The culinary culture and history of Oropesa del Mar is very much dictated by its geographical location within Spain. Among some of the most famous and beloved foods and meals are arroz negro which is black rice cooked with squid ink, suquet de peix which is a delicious local take on seafood stew, and arrosejat which is a meal containing various types of shellfish with browned rice.

Oropesa del Mar enjoys playing host to a number of different events and festivals over the year. Some of the most popular and high profile include the annual Oropesa Rockfest musical festival, the Festival of the Sea and Tourism Day, and the long standing and unique International Puppet Festival.


How to move around in Oropesa del Mar

The two forms of transport for navigating in and around Oropesa del Mar are the bus and private taxi cabs. There is a regular running and well maintained bus network that is utilised by residents and tourists alike, and the taxi services operate on a 24 hour basis.


The climate in Oropesa del Mar

Oropesa del Mar experiences what you might class as ‘varied’ weather in comparison to some of the more classically Mediterranean climates across Spain. The summers are warm, dry, and sometimes muggy with temperatures rising into the high 20s regularly, whilst the winters are very long, cold, windy, and cloudy. Temperatures are obviously lower during these wet winter months, which makes the period from June to late August the most popular time for holidays.

It depends on the category of the hotel. If you want to stay at a 4-star hotel in Oropesa del Mar, the average price per night is 58 €, while you will pay an average of 38 € for a 3-star hotel, and in a more luxurious 5-star hotel, you"ll pay around 80 €.

If you're bringing a vehicle, we recommend that you book a hotel with parking in Oropesa del Mar, like Marina D'or® Hotel Marina D'or 3*.

According to our clients, if you´re travelling with children, the best hotels in Oropesa del Mar are Marina D'or® Hotel Marina D'or 3*, Hotel Jardín and Hotel Jardín De Bellver.

If you want to save time, the hotel in Oropesa del Mar with express check-in and check-out is Hotel Jardín.

Some of the best options for hotels with non-smoking rooms in Oropesa del Mar are Hotel Jardín De Bellver and Hotel Jardín.