Best-selling hotels in A Corunya 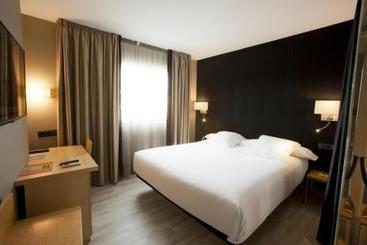 A Corunya 1.1 mi from city centre

This hotel is located in the center of the city of La Coruña, approximately 400 meters from the beach. 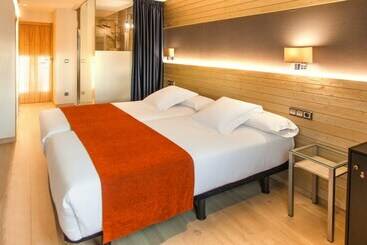 A Corunya 1.5 mi from city centre

From A Coruña Airport: take the N-VI towards Coruña and enter the city onto the avenue Alfonso Molina, take the exit of... 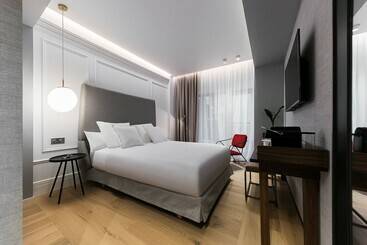 From Alvaredo airport (8km) and from Labacolla airport (65km): Head towards the city centre then follow signs to the sea... 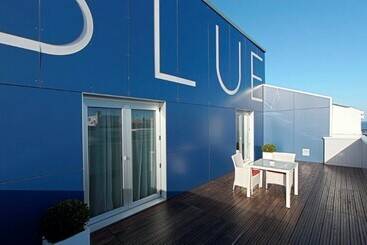 The Blue Coruña is located in the heart of the city, a few meters from the Plaza de Lugo, an entertainment and shopping...

A Corunya 129 yd from city centre

Offering free Wi-Fi, Pensión Residencia Alborán is located in the city centre of A Coruña, 50 metres from María Pita... 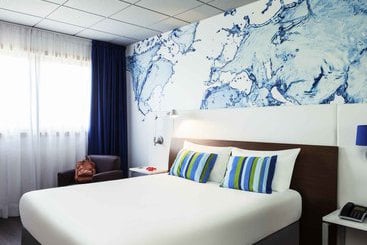 A Corunya 1.9 mi from city centre

Featuring a restaurant and bar with a lounge terrace, Ibis Styles A Coruna is located in La Coruña. This hotel offers air-conditioned... 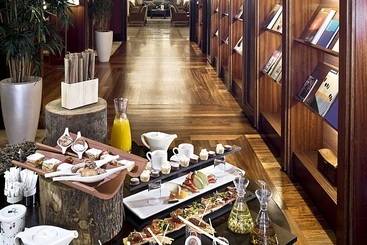 A Corunya 403 yd from city centre

Take the A-6/A-9 direction Madrid/Santiago, enter by the Av. Alfonso Molina, follow direction centre, go along the edge of...

The preferred airport for Zenit Coruna is La Coruna (LCG) - 7.7 km / 4.8 mi. Distances are calculated in a straight line...

Located in the municipality of Galicia, La Coruna is the capital of the province that shares its name. With a population of 244,000, it is the seventeenth most populous city in Spain. The city boasts a rich and interesting history, having been the capital of the Kingdom of Galicia from the 16th to the 19th century.

As a busy port city on the Golfo Artabro, La Coruna is a bustling centre of both business and leisure, with more and more tourists flocking to the location each year to experience the culture and architecture.

Something that makes tourism even easier in La Coruna is the wide array of cheap and affordable hotel accommodation.

The most interesting areas of the city for holidaymakers are:


What to see and do in La Coruna

La Coruna is a destination that boasts a large number of different sights and attractions. Some of the most popular suggestions to fill up a busy day include the Tower of Hercules which is one of the oldest Roman lighthouses that is still in use, the Museo Domus, a cutting edge interactive museum of the human body, Maria Pita Square which is anchored by the hugely impressive City Hall, and Mount of San Pedro Park.


What to eat in La Coruna

A Coruna boasts a number of dishes that are totally synonymous with the area. Some of the most popular recipes to try include pulpo a feira which is octopus with olive oil, paprika, and salt, tortilla de patatas which is an omelette that has an almost liquid centre, and arroz con carabineros which is rice with baby scallops and jumbo shrimp.


How to move around in La Coruna

The absolute best way to get around La Coruna across both the week and the weekend is via the local bus network. It is a regular running and well maintained service that offers 23 lines during the day. There is a late night bus service that operates on a single line on Friday and Saturday nights. It is also worth mentioning that the central areas of the resort are easily navigable on foot.


The climate in La Coruna

La Coruna experiences a fairly mild climate all year round. The average annual temperature is always around 14 degrees, with the summer months understandably being the warmest with an average temperature of 22 degrees. Compared to some other locations in Spain, La Coruna boasts more mild, ocean dictated weather, but the months of June to September still attract a lot of visitors for the warm and pleasant weather.

Frequently asked questions about Hotels in A Corunya

It depends on the category of the hotel. If you want to stay at a 4-star hotel in A Corunya, the average price per night is 28 €, while you will pay an average of 22 € for a 3-star hotel, and in a more luxurious 5-star hotel, you"ll pay around 39 €.

The most centrally located hotels in A Corunya with the best ratings are: Hotel Nh Collection A Coruña Finisterre, Hotel Pensión Las Rías and Hotel Zenit Coruña.

If you're bringing a vehicle, we recommend that you book a hotel with parking in A Corunya, like Hotel Ibis Styles A Coruna, Hotel Attica21 Coruña or Hotel Avenida.

You can make reservations at Hotel Nh Collection A Coruña Finisterre if you´re looking for a hotel with valet service for your visit to A Corunya.

If you need a hotel with disabled access in A Corunya, we recommend Hotel Ibis Styles A Coruna, Hotel Attica21 Coruña and Hotel Avenida.

According to our clients, if you´re travelling with children, the best hotels in A Corunya are Hotel Avenida, Hotel Attica21 Coruña and Hotel Ibis Styles A Coruna.

If you want to save time, the hotels in A Corunya with express check-in and check-out are Hotel Attica21 Coruña, Hotel Avenida and Santa Catalina By Bossh Hotels.

The best hotel with a pool in A Corunya is Hotel Nh Collection A Coruña Finisterre.

Some of the options for hotels with non-smoking rooms in A Corunya are Hotel Ibis Styles A Coruna, Hotel Attica21 Coruña and Hotel Avenida.