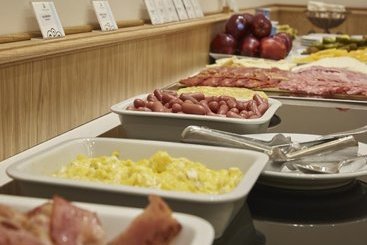 This city hotel is located directly in the tourist centre, with its numerous shopping facilities, bars and restaurants. The... 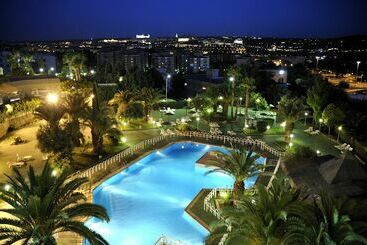 This inviting hotel is located in Toledo. It lies just 750 metres from bars and restaurants and 500 metres from links to...

This is a new five-star hotel set in one of the oldest country houses in Toledo. This magnificent example of fine Castilian... Eurico Hotel is located in the historic heart of Toledo, surrounded by steep medieval streets, just 50 metres distance from... 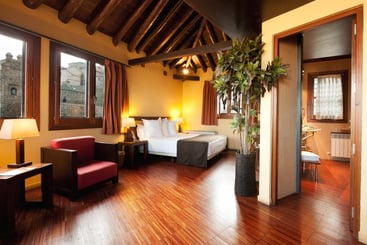 This hotel is located at the centre of Toledo. The immediate vicinity offers a wide range of shopping and entertainment venues... 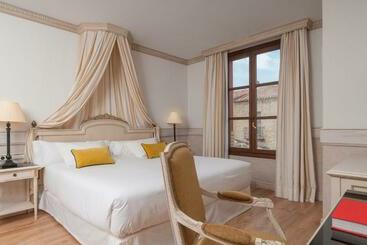 This former palace of the Empress Eugenia de Montijo offers style and comfort in the heart of Toledo, 200 metres from Toledo... 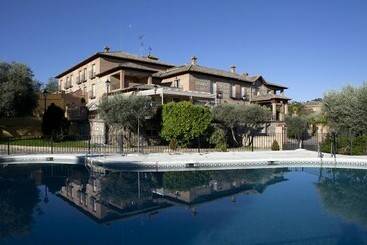 The urbanization Los Cigarrales is located on one of the hillsides of the mountains that surround the city, offering impressive... 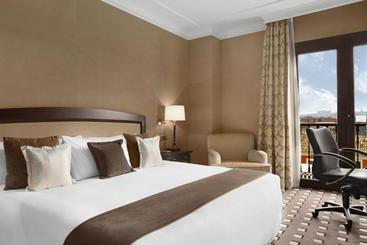 This hotel is located just 5 minutes from the historic city of Toledo, which holds the status of a Unesco World Heritage...

Book your cheap hotel in Toledo

With a population of close to 90,000, Toledo is a prominent city and municipality located in central Spain, the capital of the province that shares its name. Having been declared a World Heritage Site by UNESCO in 1986, Toledo has become a popular travel destination for many around the world who seek out historic monuments and cultural heritage.

Toledo is also known as the Imperial City for the fact that Holy Roman Emperor Charles V selected it as his main venue of the court during his years of prominence. Some also call it the City of the Three Cultures thanks to its interesting mixture of Christian, Muslim, and Jewish influences.

Something that makes Toledo a popular Spanish destination for city breaks is the wide and varied availability of cheap and affordable hotel accommodation.

Toledo consists of a number of districts each with their own features and characteristics:


What to see and do in Toledo

Visitor attractions in Toledo are wide and ranging, with something to suit all preferences and interests. Some of the most popular attractions in and around the city include the amazing Santa Inglesia Catedral Primada de Toledo, a High Gothic 13th-century cathedral, the Alcazar de Toledo which is a military museum located inside a 15th-century palace, and Museo del Greco which is a museum dedicated to the legendary painter El Greco.


What to eat in Toledo

Toledo is renowned for many of its local dishes and popular regional cuisine. Some of the meals to seek out include sopa castellana which is a delicious garlic and ham broth with paprika, carcamusas which is a dish of shredded meat, tomatoes, and peas, and perdiz estofada which is a partridge casserole.


Typical events and festivals in Toledo

There is always some kind of special event taking place in Toledo. Some of the most popular festivals and occasions that happen in the city across the year include the Santa Semana celebrations that are enjoyed nationwide during the Easter week, the Virgen del Sangrario celebrations in August, and the world-famous Corpus Christi festivities that take place every year, 60 days after Easter Sunday.


How to move around in Toledo

Toledo is a city that can be easily covered and navigated on foot, but those who wish to use public transport will be best served by either using the local bus network or one of the several local taxi firms that operate in and around the most popular attraction areas.


The climate in Toledo

Toledo is a city that experiences a surprisingly varied climate given its Mediterranean location. The summers are short but very hot, with the winters being very cold and cloudy. It is generally dry all year round in Toledo, so visiting in the rain isn’t a big concern for tourists. Those wishing to soak up the best sun possible should be visiting in the months of June to September.

It depends on the category of the hotel. If you want to stay at a 4-star hotel in Toledo, the average price per night is 35 €, while you will pay an average of 31 € for a 3-star hotel, and in a more luxurious 5-star hotel, you"ll pay around 37 €.

If you´re looking for peace and quiet and want to stay at an adult-only hotel in Toledo, we recommend Hotel Medina De Toledo.

According to our clients, if you´re travelling with children, the best hotels in Toledo are Parador De Toledo, Hotel La Posada De Manolo and Hotel San Juan De Los Reyes.

If you want to save time, the hotels in Toledo with express check-in and check-out are Parador De Toledo, Hotel Medina De Toledo and Hostal Alfonso Xii.

Some of the options for hotels with non-smoking rooms in Toledo are Hostal La Campana, Hotel Santa Isabel and Hotel San Juan De Los Reyes.

If you're bringing a vehicle, we recommend that you book a hotel with parking in Toledo, like Hotel San Juan De Los Reyes, Hotel La Posada De Manolo or Parador De Toledo.