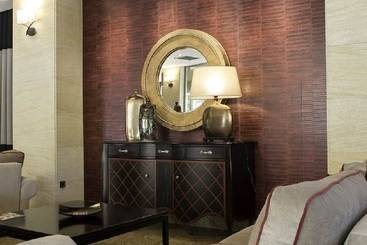 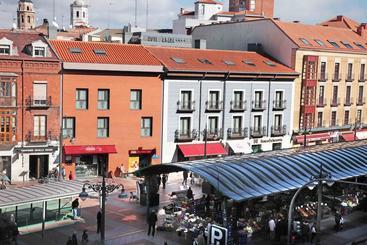 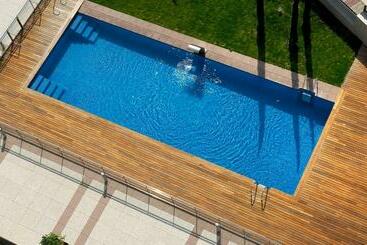 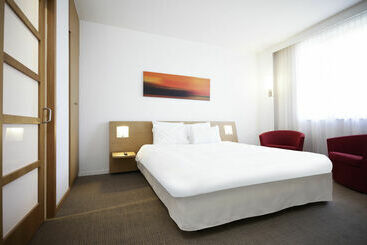 The preferred airport for Sercotel Valladolid is Valladolid (VLL) - 11.2 km / 7 mi. Distances are calculated in a straight... 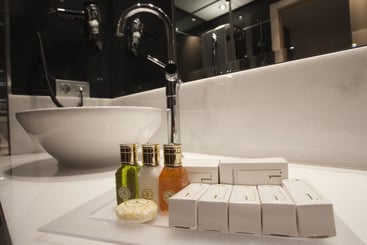 Location: in the historical centre, surrounded by the most emblematic buildings in Valladolid such as the Church of Santa...

Location: in the centre of Valladolid, close to Campo Grande, Plaza Mayor, Casa Cervantes and the most commercial streets...

This hotel is located in the heart of Valladolid, a monumental city and very popular for its food and excellent wines. It...

Book your cheap hotel in Valladolid

Part of the reason for Valladolid being such a popular destination for European and worldwide tourism is the wide availability of cheap and affordable hotel accommodation across the city.

Valladolid consists of a number of surrounding districts:


What to see and do in Valladolid

Some of the attractions that you absolutely must make the time to visit when in Valladolid include the National Sculpture Museum boasting art from all ages and eras, the Catedral de Valladolid which dates back to the 16th century, and the Plaza Mayor which is the bustling central square of the city where you will find lots of vibrant nightlife and entertainment.

A number of famous people are associated with Valladolid and there are various museums or memorials dedicated to them. The famous names include King Philip II who launched the Armada against England, Christopher Columbus who died in the city, and the writer of Don Quixote, Cervantes after whom one of the city’s university is named.


What to eat in Valladolid

There are some amazing local food options when visiting Valladolid. Visitors seeking out a quintessential taste of the city will definitely want to try sopa de ajo which is a delicious garlic soup, lechazo asado which is a dish containing either roast veal or roast lamb, and bolla de chicharrones which is a type of cake made using pork rind. Being in such rich wine country, there’s an abundance of choice from local vineyards.


Typical events and festivals in Valladolid

Valladolid is a city that is always hosting some kind of event regardless of when you happen to be visiting. Some of the most popular occasions of the course of the year include the traditional Holy Week celebrations that take place across the majority of the country, the fiestas of Our Lady of San Lorenzo in September, and the attention grabbing Valladolid International Film Festival that always begins at the end of October.


How to move around in Valladolid

The recommended way for tourists to navigate their way around Valladolid is by taking advantage of the well run local bus network. Operated by a company called Auvasa, the bus system is very modern and very efficient. Those not wanting to miss out on any of the key sights can also buy a ticket for the dedicated tourist bus that offers a guided and extensive tour of attractions. Taxi services are also widely available for those who wish not to rely on bus timetables to get from A to B.


The climate in Valladolid

Valladolid is a city that experiences a varied climate over the course of the year. Classified officially as being warm and temperate, the annual average temperature is just over 12 degrees, rising much higher in the summer. There is much more rainfall in the city during the winter compared to the summer, which is something that prospective visitors to the area might want to consider when planning their trip dates.

The most centrally located hotels in Valladolid with the best ratings are: Hotel Melia Recoletos, Hotel Nexus Valladolid Suites & and Hostal Paris.

It depends on the category of the hotel. If you want to stay at a 4-star hotel in Valladolid, the average price per night is 29 €, while you will pay an average of 33 € for a 3-star hotel, and in a more luxurious 5-star hotel, you"ll pay around 41 €.

Motel Venus Valladolid is the closest one to Valladolid.

If you need a hotel with disabled access in Valladolid, we recommend Hotel Melia Recoletos, Hotel Vincci Frontaura and Hotel Nexus Valladolid Suites &.

According to our clients, if you´re travelling with children, the best hotels in Valladolid are Hotel Nh Valladolid Bálago, Hotel Silken Juan De Austria and Hotel Nexus Valladolid Suites &.

Some of the options for hotels with non-smoking rooms in Valladolid are Hotel Melia Recoletos, Hotel Washington Parquesol Suites & and Hotel Nexus Valladolid Suites &.

If you're bringing a vehicle, we recommend that you book a hotel with parking in Valladolid, like Hotel Melia Recoletos, Hotel Vincci Frontaura or Hotel Washington Parquesol Suites &.