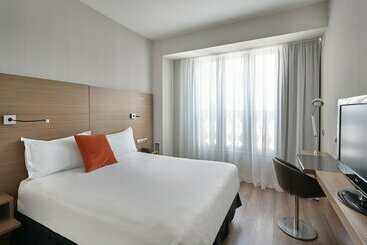 This modern design hotel in central Zaragoza is 150 metres from Plaza España and 9 minutes’ walk from La Seo Cathedral... 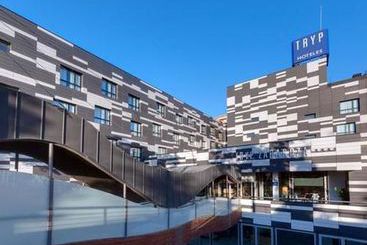 This hotel is located opposite the railway station of Las Delicias, the Bus Station and the Intermodal in the... 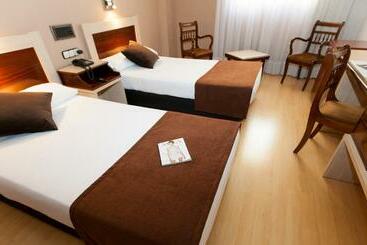 Hotel Zaragoza Royal is located in central Zaragoza and offers free Wi-Fi in rooms. The high-speed Train Station and Feria... 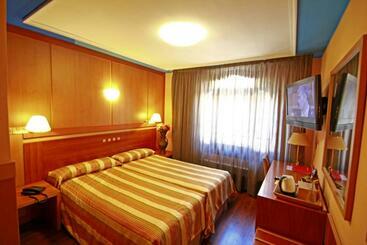 Hotel Paris Centro is ideally located right in the heart of the city of Zaragoza. Located in the historical... 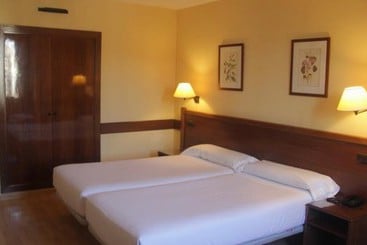 Located in Zaragoza, this hotel is just metres from the La Seo Cathedral and the Basilica. Links to the public transport... 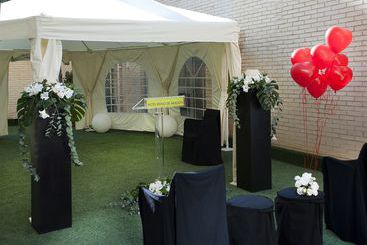 Lying beside the Basílica del Pilar, this hotel is located in the cultural and commercial centre of Zaragoza, close to Coso... 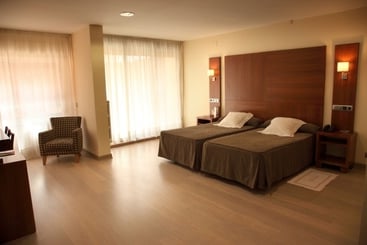 This is a very convenient hotel located just a short walk away from the AVE train station (high speed train) which connects... 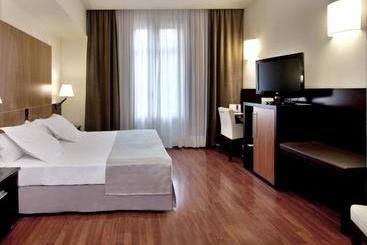 This hotel lies in the heart of the city of Zaragoza, one of the most significant economic and cultural areas in the valley...

Book your cheap hotel in Zaragoza

Also known as Saragossa in certain English speaking circles, Zaragoza is the capital city of the province that shares its name, in the autonomous community of Aragon in Spain. Lying on the Ebro river, the city is roughly at the centre of both Aragon and the Ebro basin, marking it a unique location in the country.

With a population of over 700,000, Zaragoza is the 32nd most populated municipality in the European Union and its attractions make it a magnet for domestic and international tourism all year round.

Something that helps to maintain these levels of tourism are the cheap and affordable hotel accommodation options that can be found in and around the city.

The name Zaragoza was developed from the Roman settlement of Caesaraugusta. Today’s it’s most attractive areas for visitors are:


What to see and do in Zaragoza

Some of the best and most popular sights and attractions include the Basilica de Nuestra Senora del Pilar which is an amazing 18th century riverside cathedral, that stands in thePlaza of Our Lady of The Pillar which is the vibrant city square that contains many of Zaragoza’s most iconic buildings and architecture. The Aljaferia Palace is a medieval Islamic structure considered second only to the Alhambra Palace in Granada in importance, and the Fuente de la Hispanidad a modern fountain is worth a visit as are the city’s excellent museums.


What to eat in Zaragoza

Zaragoza is a city that is well known for its rich culinary traditions. Some of the dishes that should try include chicken chilindron which is a spicy, saucy chicken dish, bacalao ajoarriero which is a salted cod and potato meal, and guirlache nougat which is a kind of candied almond bar sweet treat.


Typical events and festivals in Zaragoza

There is always something going on in Zaragoza, with some of the most popular annual events being the Fiestas del Pilar that takes place over 12 days in October, the elaborate and traditional Holy Week celebrations that are held over Easter, and the Ofrenda de Frutos every October in which typical regional dishes are donated to local soup kitchens.


How to move around in Zaragoza

There is a large bus network that covers several lines to and from prominent points in the area, with the addition of weekend night buses for partiers known as buhos. There are also overground trains and trams. The city boasts many kilometres of bike lanes and renting a bike is easy and fun. Taxis are plentiful.


The climate in Zaragoza

Zaragoza maintains a pleasant Mediterranean climate all year round. The coldest period of the year is between October and December where days and mild and nights are cool, with average temperatures of around 11 degrees. The summer period gets very hot, dry, and sunny, with very high temperatures of 29 to 32 degrees from June to August.

It depends on the category of the hotel. If you want to stay at a 4-star hotel in Saragossa, the average price per night is 28 €, while you will pay an average of 26 € for a 3-star hotel, and in a more luxurious 5-star hotel, you"ll pay around 39 €.

Hotel Diagonal Plaza is the closest one to Zaragoza.

You can make reservations at Nh Collection Gran Hotel De Zaragoza, Hotel Reina Petronila and Hotel Palafox if you"re looking for a hotel with valet service for your visit to Saragossa.

If you need a hotel with disabled access in Saragossa, we recommend Hotel Zentral Ave, Hotel Nh Ciudad De Zaragoza and Hotel Innside By Melia Zaragoza.

According to our clients, if you´re travelling with children, the best hotels in Saragossa are Hotel Innside By Melia Zaragoza, Hotel Nh Ciudad De Zaragoza and Hotel Zentral Ave.

If you want to save time, the hotels in Saragossa with express check-in and check-out are Hotel Innside By Melia Zaragoza, Hotel Palafox and Hotel Alfonso.

Some of the options for hotels with non-smoking rooms in Saragossa are Hotel Zentral Ave, Hotel Nh Ciudad De Zaragoza and Hotel Innside By Melia Zaragoza.

If you're bringing a vehicle, we recommend that you book a hotel with parking in Saragossa, like Hotel Zentral Ave, Hotel Nh Ciudad De Zaragoza or Hotel Innside By Melia Zaragoza.