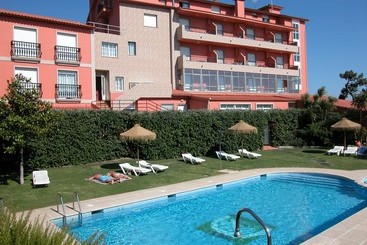 Vida Hotel Playa Paxariñas is located in the heart of Rias Baixas, between the beach of Paxariñas (30 meters) and the beach... 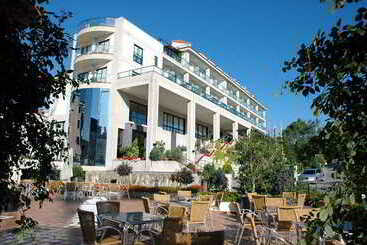 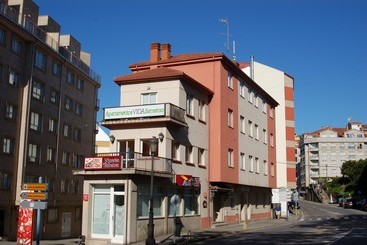 These apartments are located in the centre of Sanxenxo, 400 metres from Silgar beach and the Juan Carlos I marina. 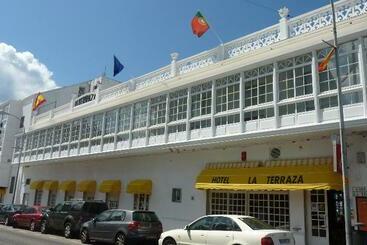 Located in the centre of Sanxenxo, 300 meters far from the famous beach of Silgar, and surrounded by all the services (cafes,... 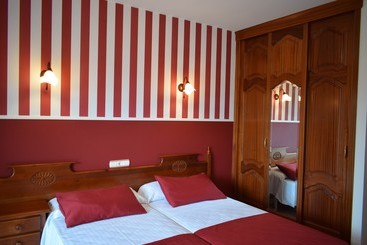 El Hotel Ostra Marina is just a few metres from La Lanzada Beach, offering views of the Rías Baixas. It features rooms with... 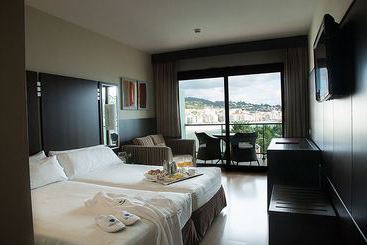 Book your cheap hotel in Sanxenxo

Located on the east side of Spain on the Atlantic coast, Sanxenxo is a small town in Galicia, part of the province of Pontevedra. It is just 60 kms from the nearest large city – Vigo – which is less than 100kms from the northern border of Portugal.

Sanxenxo might not be a very well known resort but it is popular with Spanish and Portuguese holidaymakers. The town enjoys a beautiful location and its advantages have earned some high profile international events. It was used as a base in the Volvo Ocean Race in 2005/6 and an end point in a stage of La Vuelta (the Tour of Spain bicycle race).

Although widely regarded as the best and certainly the most exclusive and expensive beach resort in Galicia, there are still affordable hotels in Sanxenxo.

The more interesting parts of the town include:


What to see and do in Sanxenxo

Being relatively small scale in comparison to some Spanish resorts, Sanxenxo’s main attractions and things to do are based on the beach and the ocean. If you want a sand and sun holiday, it is fabulous. Some of the more interesting things to do away from the beach is the walk along the seafront to the neighbouring town of Portonovo passing some amazing statues on the promenade and a ferry trip to the Atlantic Islands of Galicia National Park. The town sits in the Rías Baixas wine region so a visit to the Adega Eidos vineyard makes for another great trip out.

What to eat in Sanxenxo


Each Spanish region has its own take on cuisine with some interesting and unique additions. Some of the dishes that are synonymous with Sanxenxo and surrounding wider area include mejillones al vapor which are steamed mussels, cocido Gallego which is a type of traditional Galician stew, and leite frita which is battered and fried milk custard treat. Local wines are a treat.


Typical events and festivals in Sanxenxo

Just like nearly all popular Spanish cities and towns, Sanxenxo likes to celebrate multiple different festivals and events across the year. Some of the most popular among both tourists and residents include some of the traditional nationwide celebrations such as Carnival and Holy Week, along with some more unique and localised events such as the Maestral Music Festival.


How to move around in Sanxenxo

The best way to travel in and around Sanxenxo is via the network of local buses. The well maintained and frequent services offer lines throughout the region. Many of the central sights and all the beaches are navigable on foot, and there are also taxi services.

Sanxenxo experiences a mild to hot climate all year round. The driest and hottest months are June, July, August, and September, where temperatures are in the mid to high 20s. Holidaymakers should take note that ‘rainy season’ occurs from January to April and October to December, so the ideal time for holiday planning is definitely those hot, dry summer months.

The most centrally located hotels in Sanxenxo with the best ratings are: Hotel Florida Mar, Hotel La Terraza and Hotel Carlos I Silgar.

If you're bringing a vehicle, we recommend that you book a hotel with parking in Sanxenxo, like Hotel Estrella Del Mar, Hotel Bonaire or Hotel Florida Mar.

If you need a hotel with disabled access in Sanxenxo, we recommend Hotel Piñeiro, Hotel Peregrina and Augusta Eco Wellness Resort.

According to our clients, if you´re travelling with children, the best hotels in Sanxenxo are Hotel Piñeiro, Hotel Florida Mar and Hotel Bonaire.

If you want to save time, the hotels in Sanxenxo with express check-in and check-out are Hotel Peregrina and Apartamentos Trisquel.

The best hotels with a pool in Sanxenxo are Hotel Piñeiro, Hotel La Terraza and Hotel Peregrina.

Some of the options for hotels with non-smoking rooms in Sanxenxo are Hotel Estrella Del Mar, Hotel Bonaire and Hotel Piñeiro.

The best-rated hotels in Sanxenxo with a gym are Hotel Carlos I Silgar, Augusta Eco Wellness Resort and Apartamentos Trisquel.