Hotels in the centre of Vigo 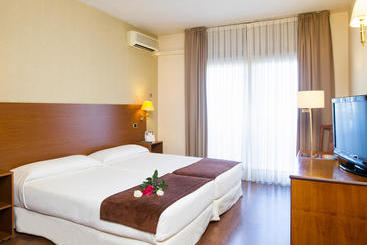 The Hotel Oca Ipanema is in the heart of Vigo and offers free WiFi in all rooms and public areas. Each modern room features... 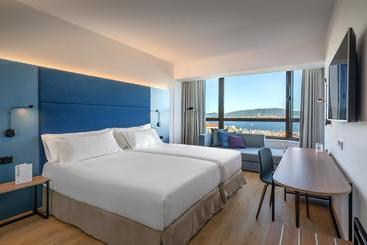 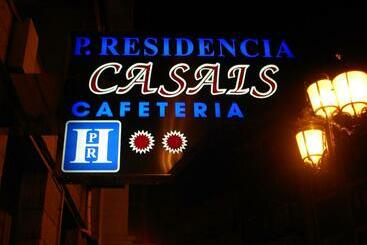 The city's main shopping area, with its El Corte Ingles department store, is located close to the hotel. You can also easily... 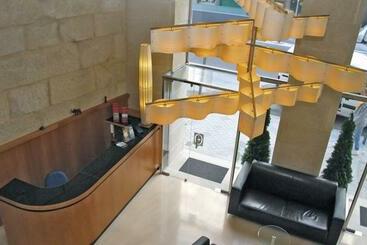 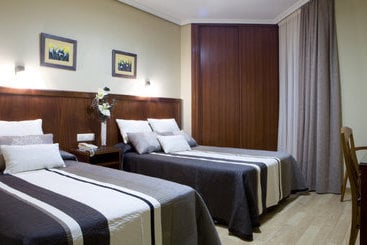 This city hotel is situated in the city centre, with easy access from the city's major entry and exit routes. The historic... 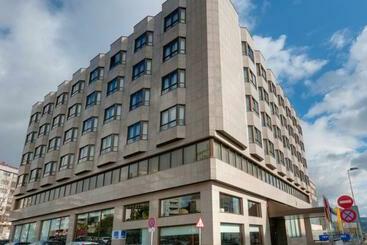 Book your cheap hotel in Vigo

Verified by Miguel Magdalena
from the blog Tintineando

Situated in the northwest of the Iberian Peninsula, Vigo is a city in Spain that is part of the autonomous community of Galicia. With a population of more than 300,000, Vigo is the most populated municipality in the province of Pontevedra.

A bustling hub of tourism and industry, the ‘Port of Vigo’ is reported to be the largest fishing port in the world, with the European Fisheries Control Agency headquarters being based within the city.

When it comes to visiting and staying within Vigo, one of the most appealing elements is the large number of cheap and affordable accommodation options in and around the city.

In terms of recognisable and distinct districts, Vigo can be divided into three key areas that all offer something interesting and different.

There are a number of beautiful beaches to visit in Vigo including Samil beach, Carril beach and Canido beach.

Another area of note is the Cies Islands. Lying in the estuary of the River Vigo, the Cies are part of the Atlantic Islands National Park and are known for the crescent-shaped Rodas Beach and their rich birdlife.

What to see and do in Vigo

The city boasts lots of Romanesque architecture including the churches of Santa Maria de Castrelos and San Salvador de Coruxo. The interactive Naturnova Museum and the Museum of the Sea are both frequently visited attractions, along with the Castro fortress and the ruins of Celtic Castro.

What to eat in Vigo

Vigo keeps to a strong Galician food culture, with traditional signature dishes including arroz con pulpo which is rice with octopus, octopus croquettes, and gooseneck barnacles which are a lesser known variety of shellfish. As you can tell, seafood and fish play a huge role in the traditional cuisine of the people of Vigo and Galicia in general.

Typical events and festivals in Vigo

There are lots of local events and festivals to enjoy across the year in Vigo. Some of the most popular include the Festival Aereo Vigo show that takes place each July/August, a fantastic air show that can be enjoy from the beach. The Voice of Vigo festival is a celebration of music every July. and the Saint Mary dedicated Semena Grande celebrations take place every August. One of the most unique of events is the Reconquest Festival on March 28th each year which celebrates the expulsion of Napoleon’s army from the city in 1809.

How to move around in Vigo

Traveling in and around Vigo can be achieved very easily via the use of regular bus services that run across the city. There is also a well-established ferry service that operates between the Port of Vigo and the nearby towns of Moana and Cangas, as well as the Cies islands.

The climate in Vigo

Vigo is classified as having an oceanic climate, with a notable dry summer for its Galician geography. That being said, the city experiences more rain on average to be classed as having a Mediterranean climate. The average annual temperature falls within the 14 to 15 degree range, with some extreme rainfall recorded in the winter months. Ideal visiting months for tourists are between June and August.

Did you know that Vigo Bay is one of the settings for Jules Verne’s famous novel 20.000 Leagues Under the Sea? There is a bronze statue of the author perched on a giant squid on the Paseo Maritimo.

The most centrally located hotels in Vigo with the best ratings are: Hotel Nh Collection Vigo, Hotel Occidental Vigo and Hotel Ogalia.

It depends on the category of the hotel. If you want to stay at a 4-star hotel in Vigo, the average price per night is 27 €, while you will pay an average of 21 € for a 3-star hotel, and in a more luxurious 5-star hotel, you"ll pay around 46 €.

You can make reservations at Hotel Nh Collection Vigo, Gran Hotel Nagari Boutique & Spa and Hotel Pazo Los Escudos Spa & Beach if you"re looking for a hotel with valet service for your visit to Vigo.

If you're bringing a vehicle, we recommend that you book a hotel with parking in Vigo, like Hotel NH Collection Vigo, Hotel Axis Vigo or Hotel Bahía de Vigo.

Hotel Avión By Bossh S and Motel Aeropuerto are the closest ones to Vigo.

If you´re looking for peace and quiet and want to stay at an adult-only hotel in Vigo, we recommend Hotel Inffinit.

According to our clients, if you´re travelling with children, the best hotels in Vigo are Hotel Náutico, Hotel Pazo Los Escudos Spa & Beach and Hotel Nh Collection Vigo.

If you want to save time, the hotels in Vigo with express check-in and check-out are Hotel Nh Collection Vigo, Gran Hotel Nagari Boutique & Spa and Hotel Puerta Gamboa.

The best hotel with a pool in Vigo is Hotel Axis Vigo.