Hotels in the centre of Logronyo 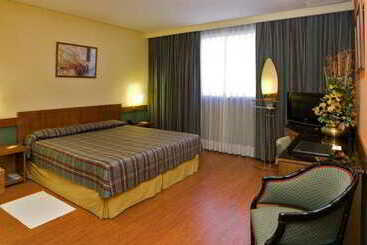 From the airport: (Vitoria) Take the NI towrads Miranda de Ebro,then take the A68 towards Logroño, and then towards the... 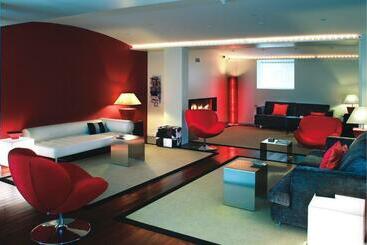 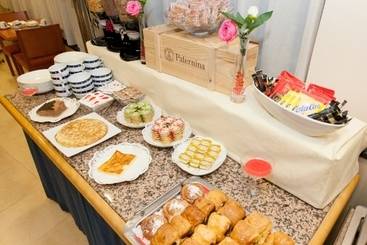 The preferred airport for Husa Bracos is Vitoria (VIT) - 51.8 km / 32.2 mi. Distances are calculated in a straight line from... 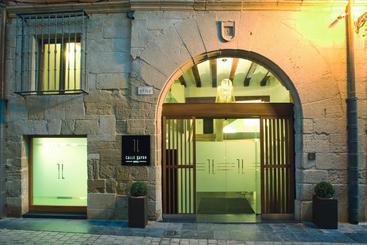 The hotel is located in a privileged location in the historic heart of Logroño. Guests can enjoy all the culture, entertainment... 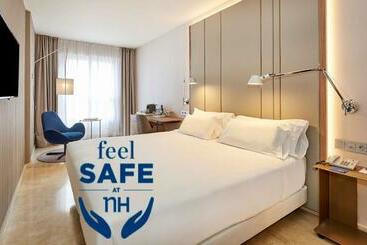 By car N232 Zaragoza-Logroño. In the center of the city, by reference to the Gran Via, near C / Laurel 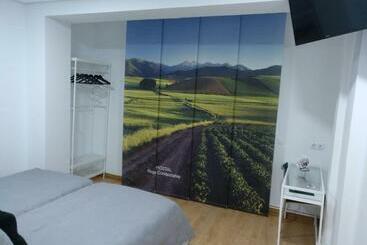 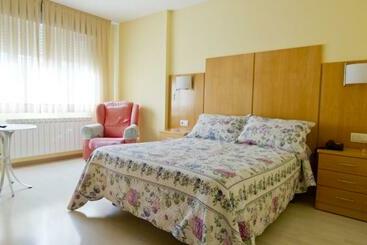 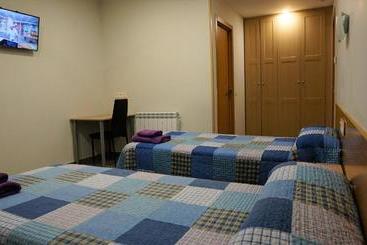 The family-run PensiÃ³n Calfred II is just 10 minutesâ€™ walk from the old town of LogroÃ±o. It offers great value...

Book your cheap hotel in Logronyo

A centre of history right in the heart of Rioja winemaking country, Logronyo is the perfect holiday destination. The streets are awash with pretty winding alleyways and hidden gems to explore on foot, with plenty of excellent pintxos bars offering up local tapas delicacies. Take your time to explore this alluring city and its regional treats before heading for the beautiful surrounding countryside for hikes.

There are plenty of affordable accommodation options in Logronyo, both in the old town and on the riverside.

You can discover a number of neighbourhoods in Logronyo:


What to see and do in Logronyo

Logronyo has a number of fine attractions and activities. The city is home to two delightful historic churches, the Iglesia de San Bartolomé and Catedral de Santa María de la Redonda. For a crash course in Riojan history, head to the excellent Museu de la Rioja, home to some very alluring Celtiberian carvings from the 5th century. The Cubo del Revellín and the city's old fortified walls are also star attractions, dating back to the 16th century when the city was a Castilian stronghold. There are also plenty of parks and open spaces to visit, including Paseo de La Florida, Parque del Espolón and Parque de la Isla. In fact, you can also reach many more awe-inspiring natural sites like Sierra de Cebollera Natural Park on day trips.


What to eat in Logronyo

Logronyo is famous for its pintxos (tapas) bars. You'll find many of these bars on the historic street, Calle Laurel, in downtown Logronyo. Stand out dishes include setas (wild mushrooms), chistorra (chorizo with paprika), hongos a la plancha (fried mushrooms), rabas (fried squid rings), brocheta de gambas (grilled shrimps on bread) and morro de ternera (veal snout), among many others. North of town, you can visit wineries like Bodegas Franco Españolas or Bodega Viña Ijalba to sample the best regional wines.


Typical events and festivals in Logronyo


How to move around in Logronyo

Logronyo has a good network of buses which transport visitors and residents throughout the city and surrounding areas. The city's railway station has links to nearby Bilbao. The city centre itself is highly walkable, with cars necessary only to reach areas outside of the city.

Logronyo has a humid continential climate with hot summers and cold winters. You can expect highs of 30°C in summer. Rain falls evenly throughout the year but is rarely heavy.


More interesting facts about and sights in Logronyo

The most centrally located hotels in Logronyo with the best ratings are: Hotel Calle Mayor, Sercotel Portales and Hotel Nh Logroño Herencia Rioja.

Pension Hostal El Sequero is the closest one to Logroño-Agoncillo.

If you need a hotel with disabled access in Logronyo, we recommend Hotel Calle Mayor, Hotel Ac La Rioja and Sercotel Portales.

According to our clients, if you´re travelling with children, the best hotels in Logronyo are Hotel Zenit Logroño, Hotel Nh Logroño Herencia Rioja and Sercotel Portales.

If you want to save time, the hotels in Logronyo with express check-in and check-out are Hotel Nh Logroño Herencia Rioja, Hotel Gran Via and Hotel Condes De Haro.

Some of the options for hotels with non-smoking rooms in Logronyo are Hotel Calle Mayor, Hotel Nh Logroño and Hotel Ac La Rioja.

If you're bringing a vehicle, we recommend that you book a hotel with parking in Logronyo, like Hotel Nh Logroño, Hotel Ac La Rioja or Sercotel Portales.

The best hotel with a pool in Logronyo is Hotel Las Gaunas.