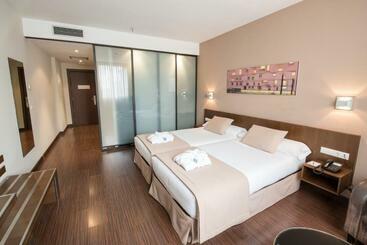 The hotel is very close to the Inmaculada district, which is an area that is in the midst of expansion, and has excellent... 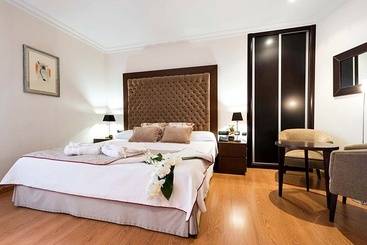 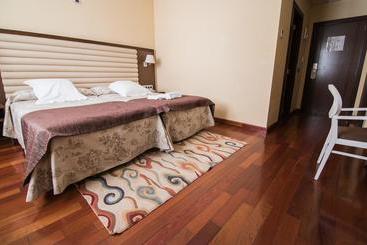 Located in the centre of León and offers an indoor swimming pool and free WiFi. Its gymnasium is free of charge. The spa... 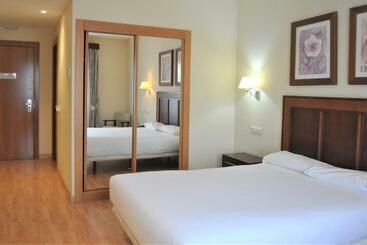 Situated 5 minutes' drive from the centre of León, this elegant hotel offers a seasonal outdoor pool surrounded by gardens....

Hotel Riosol is located in the centre of León, next to the Bernesga River. It is just 3 minutes from the bus and train stations,... 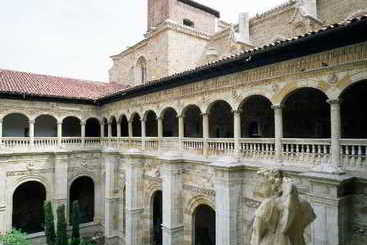 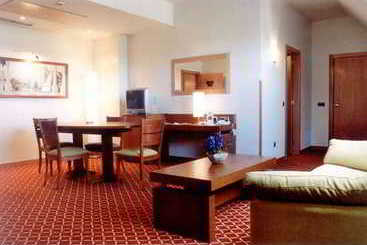 The hotel is situated on the edge of the residential area Eras de Renueva, in the immediate vicinity of the Museum Castilla...

Book your cheap hotel in Leon

With a city population of 130,000 Leon is the bustling and thriving capital of the province of Leon. The city is situated in the north west of Spain, and it boasts a rich and varied history and culture that makes it a popular travel destination for many people across Europe and the world.

With a history of existence dating back as far as 29BC, it is fair to say that Leon is one of the most interesting and historic cities in the whole of Spain, and as a result, people flock to the destination every single year to experience that culture and history.

Something that really helps to maintain Leon’s reputation as a must-visit Spanish location is the fact that tourists are able to find a wide availability of cheap hotel accommodation across the city.

Leon consists of 36 districts, but like all cities, the attractions feature in certain zones with the majority of the land area being residential and commercial: The main areas of interest for tourists are:


What to see and do in Leon

Unsurprisingly, Leon is filled with lots of sights and attractions for tourists to enjoy. Some of the most popular and best-recommended suggestions are examples of fine architecture and include the Catedral de Leon with its stunning and iconic stained glass windows, the main square, the impressive Plaza Mayor, and the Convento de San Marcos.

Artistic attractions include the Casa Botines which is an Antoni Gaudi museum of art and architecture and the Museo de Arte Contemporáneo de Castilla y Leon which is a world famous avant-garde gallery.


What to eat in Leon

Leon enjoys a very rich and varied culinary culture. Some of the dishes that tourists absolutely must seek out include morcilla, which is a kind of blood sausage, empanadas which are a filled pastry turnover that is deep-fried, and the regional stew that usually consists of chickpeas, green beans, and lentils.


Typical events and festivals in Leon

There is always something to experience and enjoy in Leon, which some of the most popular events taking place across the year being the traditional Carnival celebrations that feature a week’s worth of street dance and merriment, the Festivities of San Juan and San Pedro held in late June that incorporate the summer solstice, and Festivity of San Froilan that showcases the city’s roots and culture going back to the middle ages.


How to move around in Leon

The recommended method of public transport in and around Leon is the regular and wide-reaching local bus network. This is a safe and simple form of travel for tourists and locals alike. Those who don’t want to rely on timetables to organise their days can instead opt for one of the many private taxi firms for more immediate travel options.


The climate in Leon

Leon is a city that enjoys a mild and warm climate all year round, but importantly it is also a city that experiences higher than average levels of rainfall in Spain. With average temperatures of around 11 degrees in the winter and 27 degrees in the summer, there is no doubt that the months of June to September are the most recommended for vacationing.

It depends on the category of the hotel. If you want to stay at a 4-star hotel in Leon, the average price per night is 32 €, while you will pay an average of 31 € for a 3-star hotel, and in a more luxurious 5-star hotel, you"ll pay around 82 €.

You can make reservations at Parador De Turismo De León if you´re looking for a hotel with valet service for your visit to Leon.

According to our clients, if you´re travelling with children, the best hotels in Leon are Hotel Fc Infantas De León, Hotel León Camino, Affiliated by Meliá and Hotel Nh Collection León Plaza Mayor.

If you want to save time, the hotel in Leon with express check-in and check-out is Parador De Turismo De León.

If you're bringing a vehicle, we recommend that you book a hotel with parking in Leon, like Hotel Nh Collection León Plaza Mayor, Hotel Abad San Antonio or Aparthotel Puerta de León.

The best hotel with a pool in Leon is Hotel Spa Paris.