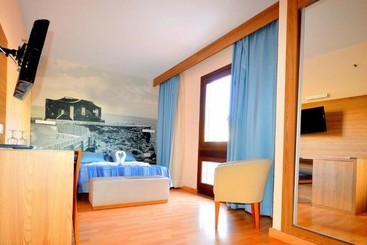 This hotel is located just metres from the tourist area where there are many bars, restaurants and shops. Only 200 m from...

From Los Rodeos Airport, take the TF5 highway to Santa Cruz. Go to the Ramblas when you arrive in the city. Past the Ramblas... 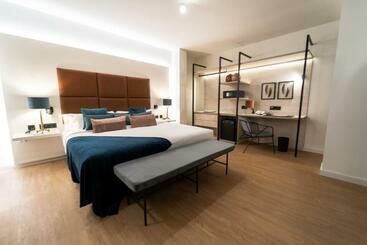 This appealing beach hotel affords an excellent central location and the links to the public transport network are to be... 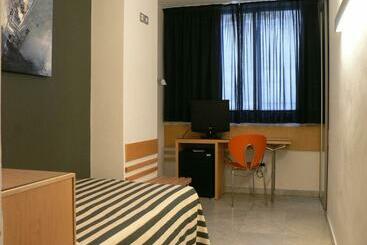 The Hotel is located in one of the best residential area of Sta Cruz de Tenerife, it is just a kilometer away,...

Take in the views from a terrace and make use of amenities such as complimentary wireless Internet access and tour/ticket... 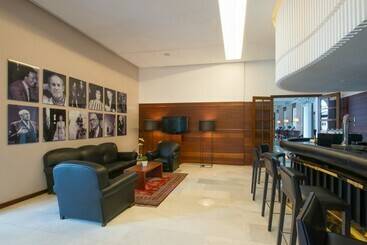 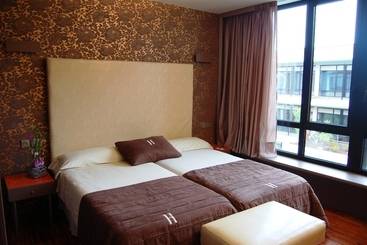 A few minutes from the new Auditorium, Fairground, Football Stadium against Heliodoro Rodríguez López and only 10 minutes... 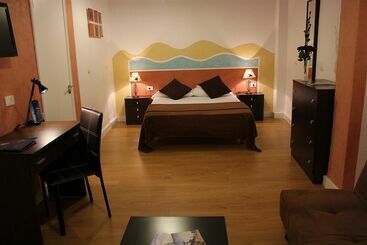 Located 100m from the Plaza del Princiope, minutes away from the Calle Plaza, plaza de Candelaria and the Plaza de España,...

Sun, sand and old town charm await in Santa Cruz de Tenerife, the bustling capital of Tenerife. The city's nearby beaches glisten with golden sand beneath the stunning Anaga mountains, providing excellent leisure and lounging activities. The city also features a wealth of cultural attractions, from historic monuments to museums and galleries, as well as a vibrant food scene.

There are plenty of affordable accommodation options in Santa Cruz de Tenerife, from city dwellings to waterfront properties.

There are many neighbourhoods to discover in Santa Cruz de Tenerife:


What to see and do in Santa Cruz de Tenerife

Home to an evocative range of attractions and activities, Santa Cruz is far more than a port or beach town. There are first-rate museums, like the Museo de Bellas Artes and Museo de la Naturaleza y el Hombre, which offer fantastic displays on science and the arts. The alluring Palmetum botanical garden is a great hidden gem to the south of town, offering idyllic views across the bay with pretty foliage and flowers. If you're looking to soak up the sun, the excellent Parque Marítimo César Manrique is a spectacular saltwater swimming complex with waterfalls and palm trees. There are also many outdoor activities and hiking trails to explore, from Cueva Roja to the Rural de Anaga Park.


What to eat in Santa Cruz de Tenerife

Expect a vibrant food scene with a delicious array of local and regional dishes. One of the most popular food items is mojo, a sauce made from peppers, olive oil and garlic that you'll find in most restaurants. It's often served with potatoes as papas arrugadas. Atún en adobo is also a very popular local dish of marinated tuna. You'll find a wide variety of fresh seafood and fish restaurants, many of which are located along the marina and coast.

Santa Cruz hosts a number of festivals throughout the year, including important religious festivities like Reyes Magos and Corpus Christi. One of the city's most famed celebrations is Carnaval in February. This festival sees parties, parades and processions throughout the city, both in official events and street carnivals. Another noted event is Fiestas de la Cruz in May. This festival celebrates deep-rooted Canarian traditions and culture.


How to move around in Santa Cruz de Tenerife

Santa Cruz is serviced by TITSA buses which ferry passengers throughout the city and surrounding areas. Taxis are also plentiful with major stands on Plaza España and by the main bus station. A rental car is advised if you want to explore the island on day trips.

Santa Cruz has such a wonderful array of beaches and parks that you'll want to indulge in a picnic or two when staying here. Head to the pretty Mercado de Nuestra Señora de África, a fantastic market offering local specialities and produce like fresh bread, fruit, cheese, cold cuts and wine. One particularly tantalising stall is Mi Mundo Gourmet, where you'll find delicious local ham.

It depends on the category of the hotel. If you want to stay at a 4-star hotel in Santa Cruz de Tenerife, the average price per night is 33 €, while you will pay an average of 25 € for a 3-star hotel, and in a more luxurious 5-star hotel, you"ll pay around 43 €.

If you're bringing a vehicle, we recommend that you book a hotel with parking in Santa Cruz de Tenerife, like Hotel Escuela Santa Cruz, Hotel Silken Atlántida Santa Cruz or Hotel Nh Tenerife.

If you want to save time, the hotel in Santa Cruz de Tenerife with express check-in and check-out is Hotel Iberostar Heritage Grand Mencey.