Hotels in the centre of Puerto de la Cruz 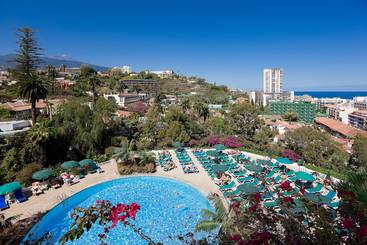 This hotel is located in an ideal situation in Puerto de la Cruz and commands stunning views over the town in the direction... 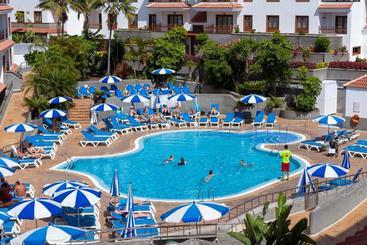 This charming apartment complex lies in the attractive quarter of La Paz, not far from the Botanic Gardens, the saltwater... 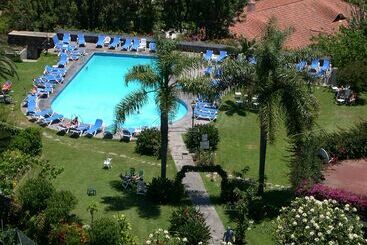 This attractive hotel is centrally located in the tourist area of Puerto de la Cruz, only 1.5 km from the beautiful beach.... 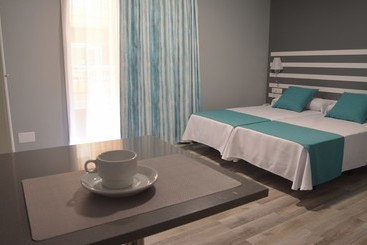 Enjoy recreation amenities such as an outdoor pool or take in the view from a rooftop terrace. This aparthotel also features... 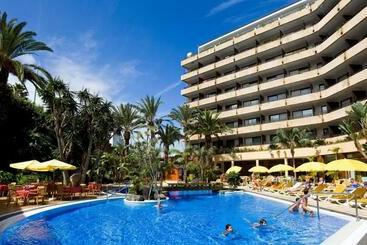 It is 10 minutes from downtown and from the Lake Martiánez pool complex, designed by the artist César Manrique. The... 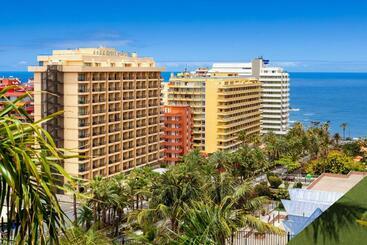 The Be Live Experience Orotava Hotel is in a strategic area of north Tenerife, at 24km from the Los Rodeos airport and 40km...

This attractive beach hotel is located in the higher-lying district of San Fernando, about 900 m from the centre of Puerto...

Puerto de la Cruz is a town along the north coast of Tenerife, and it has long held the title of being one of the Tenerife’s most popular and vibrant resort locations. From luscious countryside to exciting beaches, Puerto de la Cruz has something to offer holiday makers of all persuasions and interests.

It is easy to enjoy an affordable holiday in Puerto de la Cruz. The town has plenty of budget friendly holiday accommodation from cheap and cheerful hostels to high-end hotels.

Puerto de la Cruz consists of a number of districts:

What to see and do in Puerto de la Cruz

Some of the most interesting and illuminating things to do in Puerto de la Cruz include visiting the picturesque 17th century Church of Nuestra Senor de La Pena de Francia, the Loro Parque tropical gardens and wildlife park, and the impressive Lago Martianez swimming pool complex.

What to eat in Puerto de la Cruz

Some of the best signature food dishes you must sample in Puerto de la Cruz include mojo, which is a sauce made from peppers, garlic and olive oil, papas arrugadas, which is a local potato dish, and barraquito, which is a coffee liquor beverage.

There is something to enjoy in Puerto de la Cruz no matter what time of the year you visit, from the Carnaval de Verano in September to the tradition of Easter’s Holy Week to the Festival of San Juan in June.

How to move around in Puerto de la Cruz

A large proportion of Puerto de la Cruz’s public transport is made up of a fast and efficient bus system. There are green and white buses that serve the town both internally and externally to other towns and villages.

There is very little rainfall annually in Puerto de la Cruz, with the town laying almost 120m above sea level. Hottest temperatures are recorded in August, with January being the mildest month.

Did you know that the town was originally developed to be a port that transported products such as sugar and wine to the New World?

It depends on the category of the hotel. If you want to stay at a 4-star hotel in Puerto de la Cruz, the average price per night is 27 €, while you will pay an average of 19 € for a 3-star hotel, and in a more luxurious 5-star hotel, you"ll pay around 47 €.

You can make reservations at Hotel Botanico Y Oriental Spa Garden if you´re looking for a hotel with valet service for your visit to Puerto de la Cruz.

If you're bringing a vehicle, we recommend that you book a hotel with parking in Puerto de la Cruz, like Hotel Tigaiga, Apartamentos Casablanca or Hotel Sol Costa Atlantis Tenerife.

If you want an adult-only hotel in Puerto de la Cruz, some of the best options for adults only are Hotel Be Live Adults Only Tenerife, Apartamentos Rf Bambi Adults Only and Atlantic Mirage Suites & Spa.

According to our clients, if you´re travelling with children, the best hotels in Puerto de la Cruz are Parque Vacacional Eden, Apartamentos Casablanca and Hotel Botanico Y Oriental Spa Garden.

If you want to save time, the hotels in Puerto de la Cruz with express check-in and check-out are Hotel Tigaiga, Hotel Puerto Palace and Hotel Puerto Azul.

Some of the options for hotels with non-smoking rooms in Puerto de la Cruz are Tigaiga Suites, Hotel Tigaiga and Hotel Botanico Y Oriental Spa Garden.