Situated in the commercial and historical centre of Seville, the H10 Corregidor is just a short 3-minute walk from the renowned... 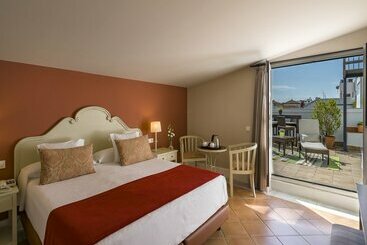 Featuring a beautiful Andalusian courtyard and a roof terrace looking onto La Giralda, Vincci la Rabida is set in a charming... 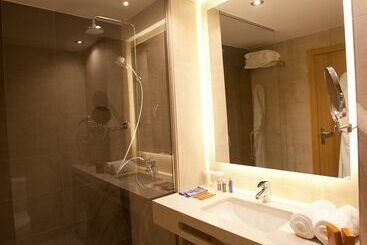 From the airport take A4 direction Sevilla, take exit 535, and follow signs to "Palacio de Congresos" (Congress and Exhibition... 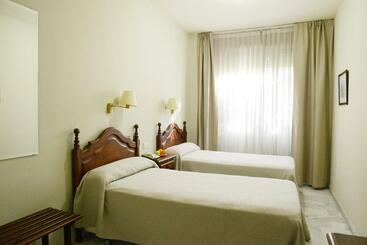 The hotel is located between the fair and congress palace and Alcosapark, en route to the airport. The city centre is a 20... 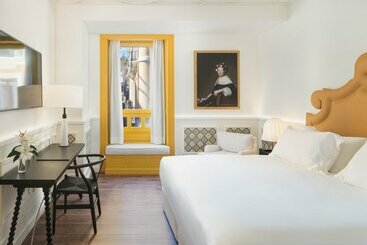 The H10 Casa de la Plata is located on a charming pedestrian street in the heart of Seville's old town, less than 1 km from... 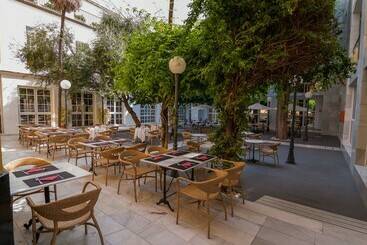 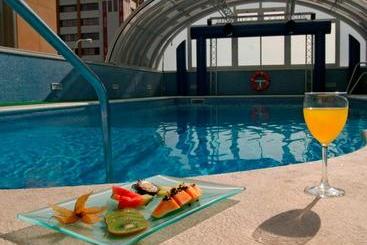 This hotel is located in the shopping centre, close to the congress and meeting hall and also not far from San Pablo Airport.... 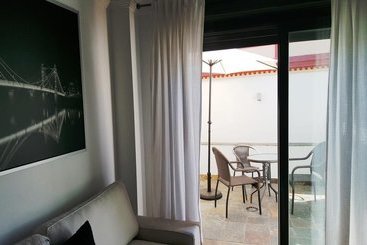 Situated opposite the Torre de Oro Tower in the heart of Seville, these stylish design apartments offer free WiFi, flat-screen...

Book your cheap hotel in Seville

Located in the province of Seville in the autonomous community of Andalusia, Seville is in south west Spain. Sitting on the River Guadalquivir, it is the fourth largest city in Spain.

With a history dating back to the Romans, a Golden Age during the Spanish Empire, three World Heritage sites, and a thriving modern culture, Seville is a terrific destination for a city break.

This wealth of attractions is complemented by a huge selection of budget friendly accommodation and hotels in Seville.

Seville consists of 11 districts and 118 neighbourhoods. The coolest ones to visit include:


What to see and do in Seville

The attractions of Seville attract 2.5 million visitors every year. Landmarks to put on the itinerary include: the Alcazar, the former royal palace, the Torro del Oro, a military watchtower, the Royal Tobacco Factory, and the Metropol Parasol, the world's largest wooden structure. Of course, there are plenty of museums individually focussing on subjects such as flamenco, bullfighting, naval history, carriages, and contemporary art. History lovers will be awed by the General Archive of the Indies, a repository of extremely valuable documents illustrating the history of the Spanish Empire. There are parks a plenty as well as theatres. All urban delights and entertainments are to be enjoyed.


What to eat in Seville

Gastronomy in Seville is heavily biased to a vibrant tapas scene but for regional specialities, visitors should seek out Carrillada de Cerdo, stewed pork cheeks, Espinacas con Garbanzos, a dish of spinach and chickpeas, Solomillo al Whiskey, pork fillet in whiskey sauce, Cazón en adobo which is fried shark, and Torrejas a dessert based on sweet deep fried stale bread.


Typical events and festivals in Seville


How to move around in Seville

Seville has an extensive public transport system based on a network of buses and trams. Usage for visitors is made easy with a number of ticket options that can be used on both buses and trams in the same journey


The climate in Seville

Seville has a Mediterranean climate with very hot, dry summers and mild winters with moderate rainfall. It is the warmest city in Europe with average daily temperatures of 19.2 degrees C and an average of 3000 hours of sunshine every year.

The most centrally located hotels in Seville with the best ratings are: Oasis Backpackers' Hostel Sevilla & Coworking, Hostel One Centro and Hotel La Bella Sevilla.

It depends on the category of the hotel. If you want to stay at a 4-star hotel in Seville, the average price per night is 39 €, while you will pay an average of 31 € for a 3-star hotel, and in a more luxurious 5-star hotel, you"ll pay around 90 €.

Hotel San Pablo Sevilla is the closest one to Sevilla-San Pablo.

You can make reservations at Hotel Gravina 51, Colón Gran Meliá - The Leading Hotels Of The World and Hotel Barceló Sevilla Renacimiento if you"re looking for a hotel with valet service for your visit to Seville.

If you need a hotel with disabled access in Seville, we recommend Hotel Gravina 51, Oasis Backpackers' Hostel Sevilla & Coworking and Hostel One Centro.

If you want an adult-only hotel in Seville, some of the best options for adults only are Hotel Boutique Casas De Santa Cruz, Hotel El Rey Moro Boutique and La Banda Rooftop Hostel.

According to our clients, if you´re travelling with children, the best hotels in Seville are Hotel La Bella Sevilla, Apartamentos Living Sevilla Centro Maestranza and Hotel Gravina 51.

If you want to save time, the hotels in Seville with express check-in and check-out are Hotel Monte Triana, Colón Gran Meliá - The Leading Hotels Of The World and Hotel Barceló Sevilla Renacimiento.

Some of the options for hotels with non-smoking rooms in Seville are La Banda Rooftop Hostel, Hotel Gravina 51 and Hotel América Sevilla.