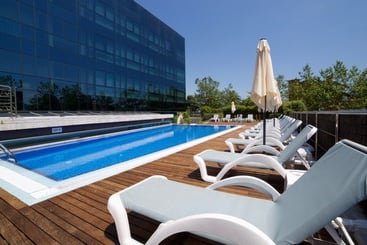 Enjoy a range of recreational amenities, including a sauna, a fitness center, and a seasonal outdoor pool. This hotel also... 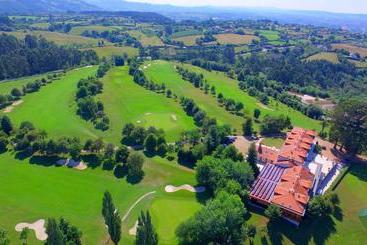 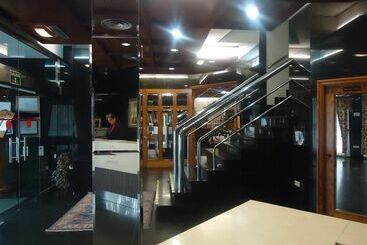 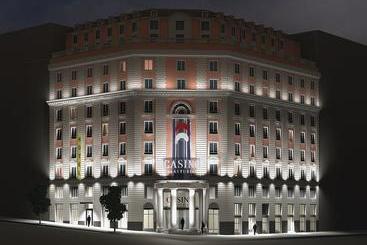 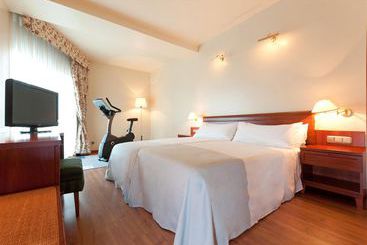 This comfortable hotel is located not far from the town centre of Gijón. Restaurants and bars are to be found 100 m away... 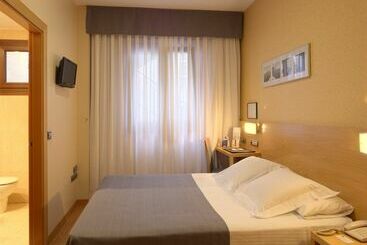 Location: an excellent location in Gijon, in front of the Cantabrian Sea, on San Lorenzo beach. 32 Km. from Oviedo

Book your cheap hotel in Gijon

Sometimes also known as Xixon, Gijon is a city in the north west of Spain, the largest city by population in the autonomous community of Asturias. Sitting in the Bay of Biscay on the coast of the Cantabrian Sea, the city has long been a favoured tourist destination for both domestic and international travellers.

During the 20th century, the city developed a strong reputation as an industrial and naval hub with steel being the most prominent business, but in modern times Gijon has transformed into a much more metropolitan city with tourism as the main focus.

Something that helps to maintain that strong level of tourism across the year is the wide availability of cheap and affordable hotel accommodation through the city.

The areas of most interest to visitors and holidaymakers are:


What to see and do in Gijon

When it comes to sights and attractions, Gijon is a city that has a lot to offer. Some of the most popular and most recommended places to visit include the Acuario de Gijon which is a state of the art aquarium featuring sharks, starfish, eels and more, and the Atlantico Botanical Garden that features some of the most beautiful arrangements of coastal plants in the country. Laboral, City of Culture, the largest civic building in Spain, is a fascinating study in architecture.


What to eat in Gijon

Gijon has a strong reputation for quality of local cuisine, with many different bars and restaurants offering quintessential tastes of the city. Some of the dishes that all tourists should sample include tortos which are delicious fried cornbread, arroz con pitu de caleya which is a slow cooked chicken and rice meal, and pez mantequilla which is blue butterfish with a lime dressing.


Typical events and festivals in Gijon

No matter what time of year you choose to visit, there is always something going on in Gijon. Some of the most famous and most widely attended festivals and occasions in the city include the Fiesta de la Sidra Natural which is a week-long cider celebration, the Semana Grande which is a traditional week long fiesta that take place in early August, and the San Xuan festival that involves a huge bonfire on midsummer night in June.


How to move around in Gijon

Gijon is a very efficiently connected city, with several bus lines that offer services to varied key points across the region. Visitors to Gijon can purchase travel cards that allow them to make unlimited use of all of the public transport services, including the rail service for easy and direct travel. There are also a large number of taxis in operation for those who prefer more private forms of getting around.


The climate in Gijon

Thanks to its temperate oceanic climate, Gijon experiences a rather level weather system across the year. Influence from the Atlantic Ocean means that summers are cool but pleasant, and winters can be unusually mild compared to other nearby regions. There is always a degree of rain in the winter, so the best time for tourists to make travel plans to Gijon is always recommended as the summer months of June to early September.

The most centrally located hotels in Gijon with the best ratings are: Hotel Gijon, Hotel Hernán Cortés and Santa Rosa, Blue Hoteles.

If you're bringing a vehicle, we recommend that you book a hotel with parking in Gijon, like Apartamentos Cean Bermudez, Parador De Gijón or Hotel La Polar.

According to our clients, if you´re travelling with children, the best hotels in Gijon are Hotel Nh Gijón, Hotel Silken Ciudad Gijón and Hotel Gijon.

If you want to save time, the hotels in Gijon with express check-in and check-out are Parador De Gijón, Marqués, Blue Hoteles and Hotel Villa De Gijon.

Some of the options for hotels with non-smoking rooms in Gijon are Hotel Gijon, Parador De Gijón and Hotel Hernán Cortés.