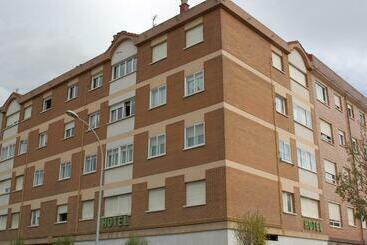 This smoke-free hotel has 2 floors in 1 building and offers complimentary parking nearby. Recreational activities include... 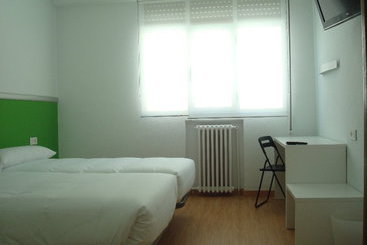 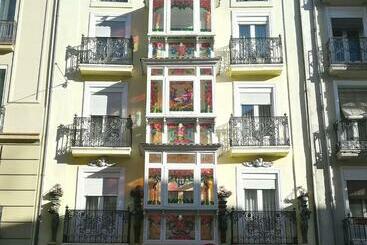 This establishment is located in the heart of the city and only a few steps and you are among the best shops and restaurants.... 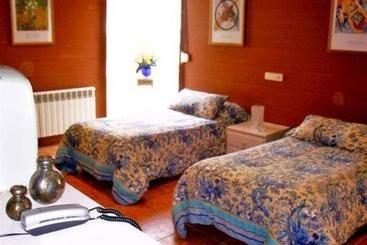 Pension Casa 400 features free Wi-Fi and is located in the commercial centre of Vitoria in Álava. It is set beside the medieval... 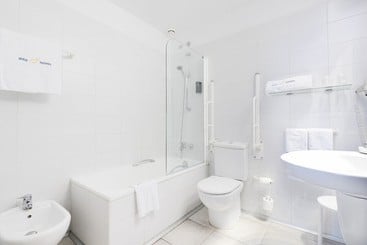 This hotel is located near the Plaza de la Virgen Blanca and Vitoria train station is approximately 400 meters. 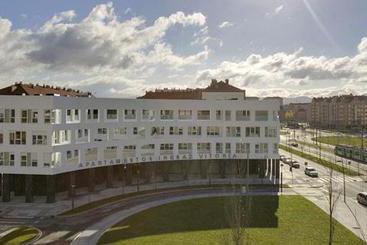 From Vitoria airport: to North-East onto N-624. Turn left in order to follow the N-624. Cross a roundabout. Take exit towards... 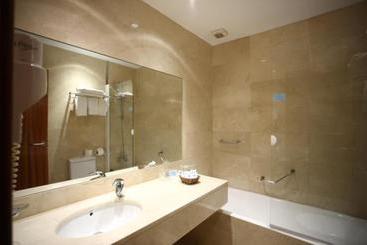 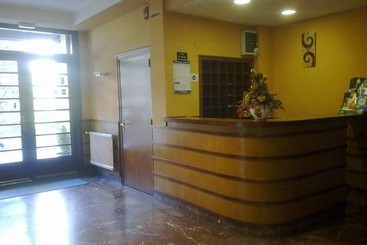 The Hotel Arts - Gasteiz Centro is located in the historic city centre of Vitoria-Gasteiz. It is 50 metres from the Artium...

Book your cheap hotel in Vitoria-Gasteiz‎

The capital of Spain’s Basque Country has a delightful selection of cultural heritage museums with a sumptuous smattering of some of Spain’s best tapas and pintxo bars. The city’s old town consists of an incredible concentration of centuries-old buildings, all rounded out by a friendly and lively population with a healthy student contingent to ensure a perfect blend of classical and modern tastes.


What to see and do in Vitoria-Gasteiz‎


What to eat in Vitoria-Gasteiz‎

Awarded the National Gastronomic Capital title in 2014, Vitoria is a foodie's paradise. Chief among all experiences here are the pintxo bars, where you can sample a smattering of regional tapas dishes in cosy settings. Look out for classics like gilda (anchovies with pickled peppers), pinchos de tortilla (Spanish omelette), chistorra y padron (sausage and peppers) and corquetas de papas (potato crouquettes). Angulas (eels) and pulpo pinchose (octopus) are also very popular and delicious.


Typical events and festivals in Vitoria-Gasteiz‎


How to move around in Vitoria-Gasteiz‎

Vitoria has a well-connected rail and bus network to get you throughout the area. The city centre itself is very bike-friendly. You can rent bikes via Capital Bikes or hire a car to explore the wider Basque Country.

Vitoria has a temperate climate with notable rain throughout the year. You can expect highs of 25°C in summer and lows of 1°C in winter. Although summers are generally drier, you can still expect up to 5 rainy days in warmer months.


More interesting facts about and sights in Vitoria-Gasteiz‎

Vitoria has a number of fine bodegas offering up spectacular wines. If you'd like to explore one of Spain's most beloved wine countries, head to nearby Rioja Alavesa, home to spectacular and fruity Tempranillo-based wines.

It depends on the category of the hotel. If you want to stay at a 4-star hotel in Vitoria-Gasteiz, the average price per night is 34 €, while you will pay an average of 31 € for a 3-star hotel, and in a more luxurious 5-star hotel, you"ll pay around 28 €.

Hotel Gobeo Park and Apartamentos Irenaz are the closest ones to Vitoria.

If you need a hotel with disabled access in Vitoria-Gasteiz, we recommend Hotel Palacio De Elorriaga, Sercotel Boulevard Vitoriagasteiz and Apartamentos Dream Park.

According to our clients, if you´re travelling with children, the best hotels in Vitoria-Gasteiz are Apartamentos Dream Park, Sercotel Boulevard Vitoriagasteiz and Hotel Palacio De Elorriaga.

If you want to save time, the hotels in Vitoria-Gasteiz with express check-in and check-out are Sercotel Boulevard Vitoriagasteiz, Hotel Dato and Hotel La Bilbaina.

Some of the options for hotels with non-smoking rooms in Vitoria-Gasteiz are Hotel Palacio De Elorriaga, Apartamentos Dream Park and Hotel Holiday Inn Express Vitoria.

If you're bringing a vehicle, we recommend that you book a hotel with parking in Vitoria-Gasteiz, like Sercotel Boulevard Vitoriagasteiz, Hotel Holiday Inn Express Vitoria or Apartamentos Jardines De Uleta.

The best-rated hotels in Vitoria-Gasteiz with a gym are Sercotel Boulevard Vitoriagasteiz, Apartamentos Jardines De Uleta and Gran Hotel Lakua.