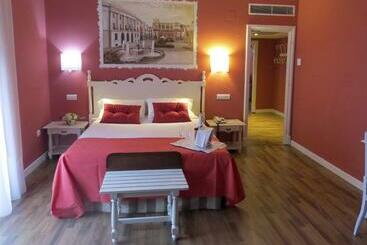 This comfortable city hotel lies close to the centre of Ávila where there are countless shopping and entertainment venues....

From Barajas airport, take the M-40 towards the A Coruña road A-6 until the detour to Ávila. Connect with the N-110 towards...

This lovely hotel is located beside the cathedral in the heart of the walled city, which is World's Heritage. 120 kms to... 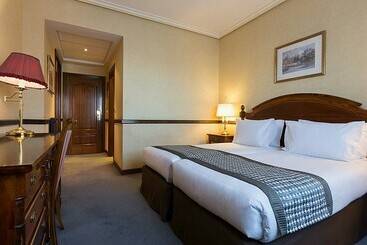 Location: in the city center, just 350 m. from the main monuments and very well connected to all kind of transports. Take in the views from a terrace and a garden and make use of amenities such as complimentary wireless Internet access. This... 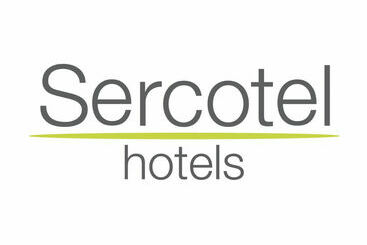 Located close to the centre of Ávila where guests will discover many shopping and entertainment venues, this hotel lies... 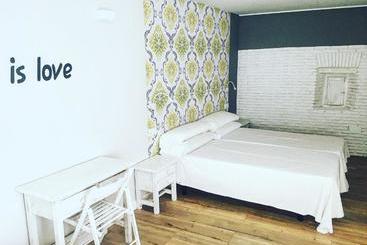 Located within Ávila’s old city walls, a UNESCO heritage site, Le Vintage is beside the town hall and cathedral. It offers...

Book your cheap hotel in Avila

Avila is the stuff of fairy tales. A beautifully preserved medieval city with monumental castles, churches and cobblestone streets, you’ll lose yourself in this charming and romantic time capsule. Avila continues to enthral visitors with its captivating cuisine and excellent attractions, both within its beguiling walls and out in the Castile and León countryside.

Guests have access to a wide variety of affordable accommodation options, from old-world apartments to modern, chic boutiques.

Avila consists of a number of delightful neighbourhoods:


What to see and do in Avila

As one of Spain’s most alluring and ancient cities, there are plenty of historic sites and landmarks to explore. The city's Cathedral is particularly important, being some 1,000 years old. You can then explore the Medieval Walls - the prominent stone fortifications which have fought off foreign invaders since the 11th-century. Just outside of the walls, you'll find the spectacular Basílica de San Vicente, one of the most picturesque Romanesque-style churches in the country. Plenty more ancient churches are found throughout the city.


What to eat in Avila

Avila has some spectacular restaurants serving up unique local delicacies. One of the top snacks to try is torreznos, a pork crackling that goes ever so well with a cold beer. Pork is extremely popular here, with popular dishes like roast cochinillo, or roasted pork, and carne de cerdo adobada, breaded pork skewers. For sweets, be sure to try the delicious Yemas de Santa Teresa, an eggy pastry with folk connections to the town.


Typical events and festivals in Avila

Avila hosts a plenitude of festivities throughout the year, including a number of very popular summer attractions. The Noches y Almenas is a long cultural event taking place in the city's historic monuments for a fortnight in summer. In Easter, the town hosts a number of interesting processions and celebrations. On 15th October, a festival celebrating Santa Teresa is hosted for a week with concerts and bulls.


How to move around in Avila


The climate in Avila

Avila is one of Spain's coldest regional capitals, with long cold winters and short hot summers sometimes reaching 32°C. You're more likely to experience rain in autumn and winter.


More interesting facts about and sights in Avila

Avila has lots of legends and local myths relating to its long history. The landmark Los Cuatro Postes has many such origin stories. It is said by many that the impressive monument was built to commemorate the end of the plague in 1157. Whatever the origins, it’s one of the best viewpoints in the city.

It depends on the category of the hotel. If you want to stay at a 4-star hotel in Avila, the average price per night is 28 €, while you will pay an average of 27 € for a 3-star hotel, and in a more luxurious 5-star hotel, you"ll pay around 79 €.

According to our clients, if you´re travelling with children, the best hotels in Avila are ávila Flats Soterraña, Parador De ávila and Hotel Arco San Vicente.

If you want to save time, the hotels in Avila with express check-in and check-out are Hotel Puerta De La Santa, Hotel Las Cancelas and Hotel Santa Teresa.

Some of the options for hotels with non-smoking rooms in Avila are Hotel Arco San Vicente, Hotel Las Leyendas and Hotel Puerta De La Santa.

If you're bringing a vehicle, we recommend that you book a hotel with parking in Avila, like Hotel Puerta De La Santa, Parador De ávila or Hotel Exe Reina Isabel.

The best hotels with a pool in Avila are Rural Hotel Vettonia and Hotel Fontecruz Avila.

The best-rated hotels in Avila with a gym are Hotel Don Carmelo and Hotel Fontecruz Avila.