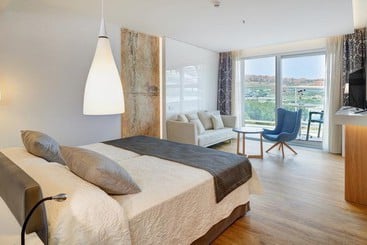 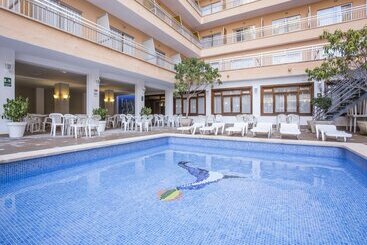 The Piñero Bahía de Palma is located 8 km from Palma Airport and 14 km from the centre of Palma. Restaurants, bars and... 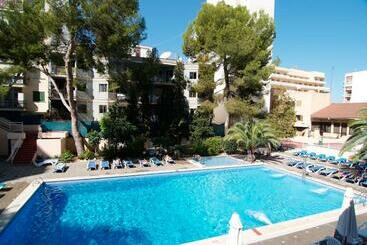 The Piñero Tal Hotel is located 8 km from Palma Airport and 14 km from the centre of Palma. Restaurants, bars and shops... 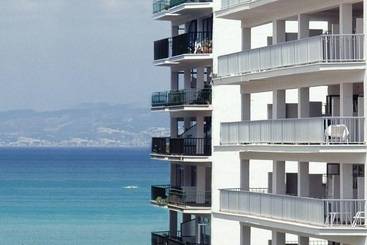 The hotel has a central location in Playa de Palma, a few steps from Playa El Arenal and Port of El Arenal. This hotel is... 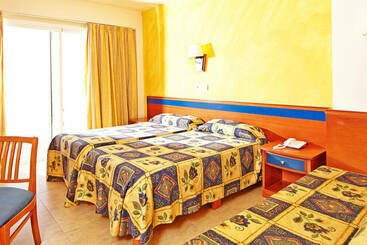 This hotel is situated very near one of the most famous beaches in Mallorca, El Arenal, and is 300 metres from the sea. There... 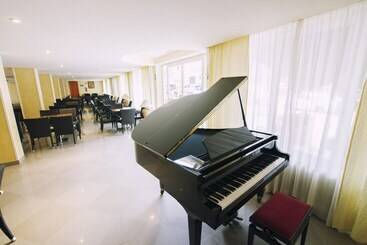 Location: in a quiet area of the famous Playa del Arenal, 500 m. from the beach and the promenade. 250 from a shopping area... 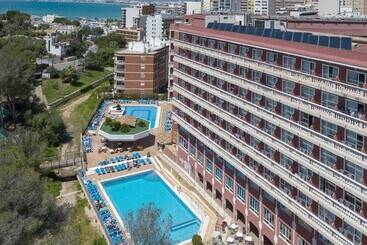 This hotel is located in a pine forest. It is found in the popular and lively resort of El Arenal. The beach promenade and...

Book your cheap hotel in S’Arenal

S’Arenal, also known as El Arenal, occupies a favoured position at the end of the beautiful beach, Playa de Palma on the southern coast of Majorca. Just 15 kms from the capital of Palma, the large village is a buzzing resort with plenty of day and night-time entertainment, ideal for family holidays on this popular Mediterranean island.

Budget-friendly holiday accommodation is available in S’Arenel, with plenty of comfortable, friendly hotels and hostels. The prime location is, naturally, close to the seafront.

S’Arenel consists of a number of districts:

What to see and do in S’Arenal

Typical holiday pursuits abound with water sports and beach activities plentiful. For more water-based fun, leave the beach for a visit to Aqualand El Arenal. The nearby town of Portixol is a stroll or bike ride away and is worth a visit. The capital Palma has plenty of urban pursuits including great shopping and also boasts an interesting aquarium.

What to eat in S’Arenel

The cosmopolitan dining scene in S’Arenal caters for all tastes with restaurants offering everything from Chinese to vegan food. If you want to sample authentic local cuisine, dishes to look out for include Frito Mallorquin, a hearty meat stew, Porcella which is roasted suckling pig, Arròs Brut which translates as “dirty rice”, and Coca de trampò which is like a veggie-laden pizza without the cheese.

Typical events and festivals in S’Arenal

The main festival lasts for a whole week in July and kicks off with a traditional Correfoc in which people will dress as devils and light up fireworks. Activities for children and adults vary throughout the week and include a photography contest. It culminates in a firework display..

How to move around in S’Arenal

Buses run regularly along the coast road connecting S’Arenal with Palma and inland into Llucmajor. Taxis are usually readily available.

With a typical mild Mediterranean climate, there is plenty of sunshine and not much rainfall. Temperatures peak in late-July/early-August.

More interesting facts about and sights in S’Arenal

Sandstone workers from Llucmajor first populated S’Arenal at the end of the 19th century. The resort’s first hotel was built in 1914.

The most centrally located hotels in S'Arenal with the best ratings are: Hotel Hsm Son Veri, Hotel Hostal Atlanta and Hotel Playa Grande - Adults Only.

It depends on the category of the hotel. If you want to stay at a 4-star hotel in S'Arenal, the average price per night is 27 €, while you will pay an average of 25 € for a 3-star hotel, and in a more luxurious 5-star hotel, you"ll pay around 44 €.

If you're bringing a vehicle, we recommend that you book a hotel with parking in S'Arenal, like Hotel Playa Grande - Adults Only.

If you need a hotel with disabled access in S'Arenal, we recommend Hotel Mll Mediterranean Bay - Adults Only, Hotel Don Pepe - Adults Only and Hotel Hm Dunas Blancas.

If you want an adult-only hotel in S'Arenal, some of the best options for adults only are Hotel Xapala, Hotel Mll Mediterranean Bay - Adults Only and Hotel Playa Grande - Adults Only.

According to our clients, if you´re travelling with children, the best hotels in S'Arenal are Hostal Lido, Hostel Hostal Tierramar and Hotel Fenix.

The best hotels with a pool in S'Arenal are Hotel Hsm Son Veri, Hotel Fenix and Hotel Mll Mediterranean Bay - Adults Only.

If you want to save time, the hotels in S'Arenal with express check-in and check-out are Hotel Sol De Mallorca and Hotel Riutort.

Some of the options for hotels with non-smoking rooms in S'Arenal are Hotel Hsm Son Veri, Hotel Hostal Atlanta and Hotel Playa Grande - Adults Only.