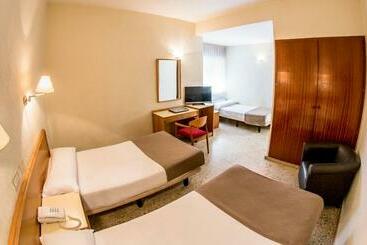 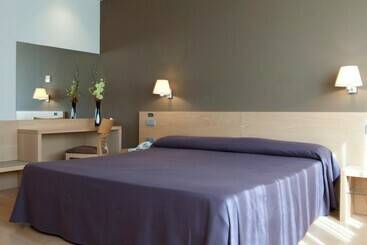 The Hotel Daniya Alicante is located in the residential area Vistahermosa. It is 15 km from the Altet Airport, 4 km from... 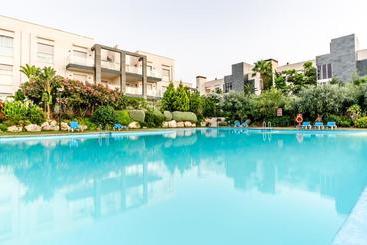 The complex is located 10 minutes away from Alicante and 15 from Elche, very near to the airport (5minutes),...

Across from the hotel is a stop on the new metropolitan tramline, which connects the hotel with other points of interest... 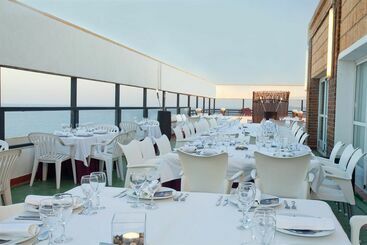 The hotel has an ideal location near the Castillo de Santa Barbara and a few meters from the beach Postiguet and marina.... 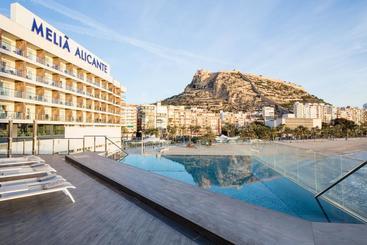 This attractive beach hotel can be found just 100 metres from the centre of San Juans. Santa Barbara castle is 500 metres... 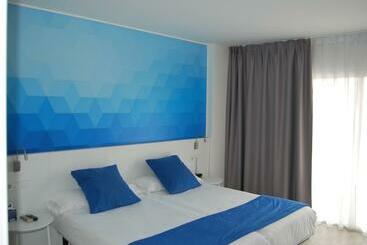 Book your cheap hotel in Alicante

Situated along the beautiful Costa Brava, Alicante is the capital of the province of Alicante, one of the most popular and beloved regions in the whole of Spain. An old historic Mediterranean port, it ranks as the second largest Valencian city and has found a wonderful balance of modern luxury vacation life and interesting and reverential history and culture.

There are many affordable accommodation options for anyone visiting Alicante on a budget, spread throughout the city so that you can choose the neighbourhood that suits you best.

El Barrio is the area of Alicante that you should be gravitating to if you want to experience most of the city’s historic landmarks and attractions. La Zona is the place to be for a vibrant and exciting nightlife, and of course, no trip to Alicante is complete without a day’s fun at the Playa del Postiguet beach.

What to see and do in Alicante

Alicante travellers should all be visiting the historic Castillo de Santa Barbara on top of Mount Benacantil. For more modern sightseeing and a pleasant strolling route, head to the Explanada de Espana, and those searching for more culture can make a trip to the MACA, Museum of Contemporary Art.

What to eat in Alicante

Some of the very best food that Alicante has to offer includes paella Alicantina, which is a paella featuring saffron rice, chicken, red peppers and seafood, arroz negro, which is a squid and rice dish cooked in the squid’s own ink, and mojama, which is a heavily salted tuna roe dish.

Typical events and festivals in Alicante

Alicante plays host to a number of great events across the year, with some of the best being San Juan Bonfires, a celebration of the city’s patron saint, the Mercado Medieval that takes parts of the city back to the Middle Ages, and July’s Virgen de Carmen that celebrates the city’s fishermen and sailors.

How to move around in Alicante

There are five key tram lines that operate in and around Alicante, as well as a full bus service for locals and tourists. Train travel is also extremely popular, and tickets for several options can be booked through our website.

The climate in Alicante

Alicante’s weather can be enjoyed all year round by holidaymakers. Summer months are hot and dry, with July and August often reaching 40 degrees and above. Winter months are pleasantly mild and warm.

Did you know that Alicante was one of the first resort destinations to accept bikinis on beaches and the Costa Blanca has been deemed as having one of the healthiest climates in Europe by the WHO? More than nine million people fly into Alicante airport every single year.

It depends on the category of the hotel. If you want to stay at a 4-star hotel in Alicante, the average price per night is 43 €, while you will pay an average of 24 € for a 3-star hotel, and in a more luxurious 5-star hotel, you"ll pay around 65 €.

You can make reservations at Hotel Hospes Amérigo if you´re looking for a hotel with valet service for your visit to Alicante.

If you're bringing a vehicle, we recommend that you book a hotel with parking in Alicante, like Apartamentos El Palmeral De Madaria, Hotel Hospes Amérigo or X Hostel Alicante.

If you need a hotel with disabled access in Alicante, we recommend Hotel Occidental Alicante, Hotel Maya Alicante and Hotel Ac Alicante By Marriott.

If you´re looking for peace and quiet and want to stay at an adult-only hotel in Alicante, we recommend X Hostel Alicante.

According to our clients, if you´re travelling with children, the best hotels in Alicante are Hotel Hospes Amérigo, Hotel Occidental Alicante and Apartamentos El Palmeral De Madaria.

If you want to save time, the hotels in Alicante with express check-in and check-out are Apartamentos El Palmeral De Madaria, Hotel Rambla Alicante Contactless and Hotel San Remo.

Some of the options for hotels with non-smoking rooms in Alicante are Apartamentos El Palmeral De Madaria, Hotel Occidental Alicante and Hotel Hospes Amérigo.