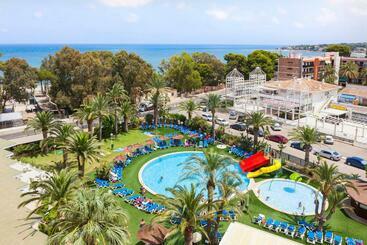 This hotel is only 50 m from Marineta beach in Denia. Denia harbour is around 500 m away, while the town centre and the railway... 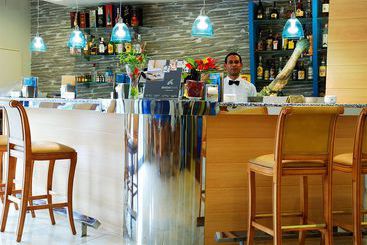 The hotel is located around 500 m away from the town centre, around 300 m from the beach, and with access to...

Hotel Adsubia is 800 metres from the Balearia Ferry Terminal in Denia, and a short walk from many bars, restaurants and shops.... 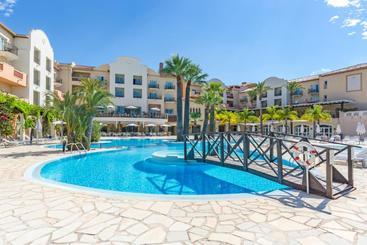 Hotel Denia La Sella Golf Resort & Spa is located at the foot of the Montgo Natural Park, less than 10 minutes from the beaches... 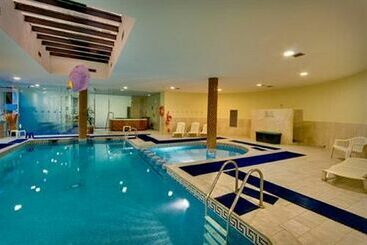 The complex is located in between the Natural Park ? Parc Natural del montgo and the beach ? La Marineta (just 200 meters),...

Situated in the heart of Denia, Hostal Cristina is located in the only street that climbs up to the castle and is also only... 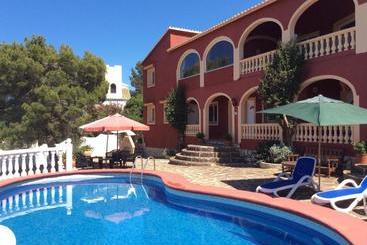 PinkFlamingo is set in Denia, within 2.6 km of Playa El Trampolí and 3.6 km of Denia Ferry Port. Featuring family rooms,... 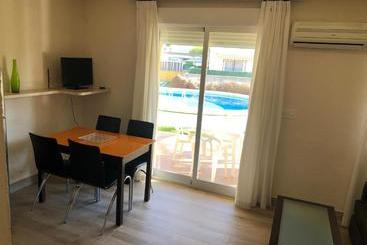 Location: the apartments are located 2 Km. from Denia town centre, about 500 m. from Las Marinas Beach.

Book your cheap hotel in Denia

Located in the province of Alicante in Spain, Denia is a historical coastal city that lies halfway between Valencia and Alicante on the beautiful Costa Blanca. With a cultural heritage influenced by Iberian, Roman, Greek, Christian, Islamic, and Napoleonic civilisations, it is fair to say that the city boasts a rich and varied history.

A lovely city that snuggles up to a small mountain capped by a tumbledown Moorish castle, Denia has a native population of around 41,000, but this can more than double in the summer months thanks to the high levels of tourism. There is also huge transient traffic because Denia is major passenger port for the fairly nearby Balearic Islands.

Much of this tourism success is down to the fact that cheap and affordable hotel accommodation can be found in all areas of the city, making it a simple choice for summer vacationing.

Denia consists of a number of districts:


What to see and do in Denia

Many of the best sights and attractions in Denia are related to history and culture. Some of the suggestions that you should be finding time to visit and experiences include the Castillo de Denia, an ancient castle with several museums inside, the Parc Natural de Montgo which is a sprawling, mountainous area of natural beauty, and the Platja de les Marines which is the nicest urban beach area in the region.


What to eat in Denia

Visitors to Denia will find that the local culinary scene is a great combination of traditional dishes and multicultural food. Some of the best traditional foods that you should be seeking out for an authentic experience include arroz a banda which is a quintessential seafood paella, espencat which is a cold salad of baked red pepper, eggplant, and cod, and llandeta which is a classic white fish and rice stew.


Typical events and festivals in Denia


How to move around in Denia

One of the best ways to get around Denia is via the local tram service. The tram line helps visitors to move along the metropolitan area and through Alicante and the Costa Blanca as well. For more local, centralised travel, there is the local bus network and a taxi service if you don’t want to have to rely on timetables to get around.


The climate in Denia

Denia enjoys a classic Mediterranean climate, with very mild and very short winters, and very long and very hot summers. The coldest month is a pleasant 12 degrees, while the summers can rise to a warm 27 degrees on average. Denia on average, enjoys more than 3000 hours of sunshine over the course of a year.

The most centrally located hotels in Denia with the best ratings are: Resort Rosa, Art Boutique Hotel Chamarel and Hotel Nou Roma.

It depends on the category of the hotel. If you want to stay at a 4-star hotel in Denia, the average price per night is 48 €, while you will pay an average of 38 € for a 3-star hotel, and in a more luxurious 5-star hotel, you"ll pay around 64 €.

If you're bringing a vehicle, we recommend that you book a hotel with parking in Denia, like Resort Rosa, Hotel Noguera Mar or Hotel Mr Les Rotes.

If you need a hotel with disabled access in Denia, we recommend Hotel Nou Roma, Hotel Noguera Mar and Hotel Mr Les Rotes.

The best hotels in Denia for adults only are Hotel Buenavista and Hotel Boutique Mr Palau Verd - Adults Only.

According to our clients, if you´re travelling with children, the best hotels in Denia are Hotel Mr Les Rotes, Art Boutique Hotel Chamarel and Resort Rosa.

The best hotels with a pool in Denia are Resort Rosa, Hotel Boutique Mr Palau Verd - Adults Only and Hotel Mr Les Rotes.

If you want to save time, the hotels in Denia with express check-in and check-out are Art Boutique Hotel Chamarel, Denia Marriott La Sella Golf Resort & Spa and Hotel Buenavista.

Some of the options for hotels with non-smoking rooms in Denia are Resort Rosa, Art Boutique Hotel Chamarel and Hotel Nou Roma.