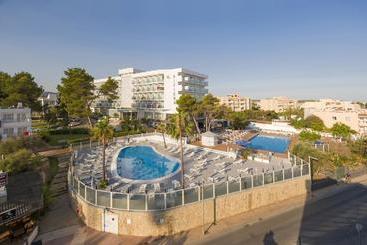 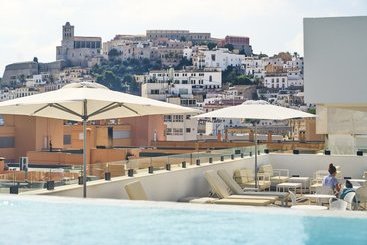 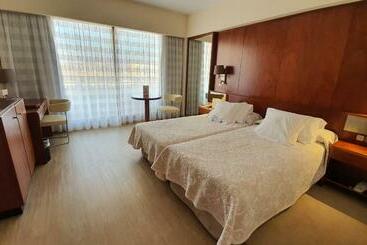 The property is located in the center of Ibiza city, at few meters from the Port of Ibiza, in the nightlife... 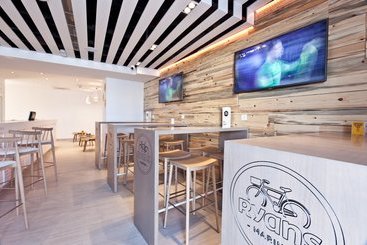 Set in an 18th century building and featuring modern boutique-style dècor, Ryans La Marina is a charming hotel by Ibiza’s... 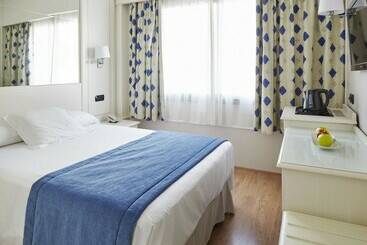 The THB Class Los Molinos - Adults Only Hotel is located close to the sea and 5 minute-walk to the centre of Ibiza. 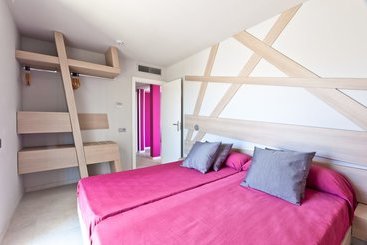 Enjoy recreation amenities such as an outdoor pool or take in the view from a terrace. Additional amenities at this apartment... 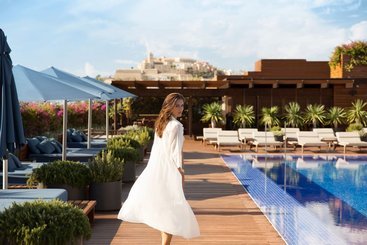 The hotel is situated in the exclusive area of Marina Botafoch, near to the famous Pacha night club. The beach of Talamanca... 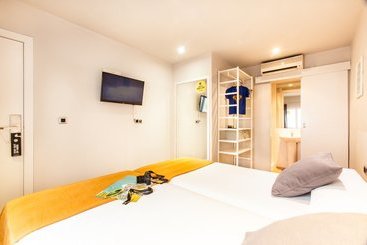 It is located right in the center of Ibiza Town, in an urban neighbourhood in the S’Eixample district and in walking distance...

Located on the southeast coast of the island of Ibiza, Ibiza Town is the capital of the third largest of the Balearic Islands. Although English speakers recognise it as Ibiza, its official Catalan name is actually Eivissa?

With a population of approximately 50,000, much of Ibiza’s economy relies heavily on tourism all year round, and over the years it has grown a reputation for being one of the liveliest and most fun destinations to visit not just in Europe but in the world. Some of the most famous nightclubs in the world are in Ibiza Town.

As a major holiday destination, there is plenty of cheap and budget-friendly hotels in Ibiza Town.

Ibiza Town consists of a number of individual areas, including:


What to see and do in Ibiza Town

Some of the most popular sights and attractions include Aguamar Water Park for swimming and fun slides, the Castillo de Ibiza for some culture and history, along with the Ibiza Cathedral which dates back to the 13th century. There are plenty of gorgeous beaches nearby, including the 3kms long Playa d’en Bossa and Benirras. Of course, there is also a number of modern, high profile night clubs, such as Pacha, Vita, and Lio that offer some of the best nightlife experiences in the whole of Europe. Ibiza Town also has a casino.


What to eat in Ibiza Town

Though Ibiza does cater to many of the British and European tastes of its regular tourists, some of the more local, traditional dishes at most restaurants include Paella de Marisco which is the regional seafood paella, sofrit pages which is a type of Balearic stew, and ensaimadas which are little croissants that be filled with anything from cream to chocolate to sweet pumpkin.

Some of the most popular annual events include the Spring Party that traditionally marks the opening of the vibrant party scene for the rest of the year, the Half Marathon of Ibiza that offers something a little different away from the nightclubs every April, and the Eivissa Jazz Festival that takes place every September.


How to move around in Ibiza Town

The local bus service is one of the best ways to get about in Ibiza Town and beyond. There are lines on the network that connect all the most popular and most prominent spots and landmarks, and the prices are extremely reasonable. A ferry connects the marina to the main town. There are no trains on the island but plenty of taxis.


The climate in Ibiza Town

Ibiza enjoys a classically Mediterranean climate. Though seasons are defined, the weather is almost always hot or warm. The lowest average temperatures occur from December to March, but even then it is in the low teens. Ibiza truly shines in the summer months with average temperatures of high twenties to low thirties. Unsurprisingly, the most popular time for holidays is June to early September.

The most centrally located hotels in Ibiza Town with the best ratings are: Hostal Residencia Europa Punico, Hostal Giramundo and Hotel Thb Los Molinos Adults Only.

It depends on the category of the hotel. If you want to stay at a 4-star hotel in Ibiza Town, the average price per night is 72 €, while you will pay an average of 47 € for a 3-star hotel, and in a more luxurious 5-star hotel, you"ll pay around 122 €.

You can make reservations at Hotel Mirador De Dalt Vila-relais & Chateaux, Hotel Gran Montesol Ibiza and Sir Joan Hotel if you"re looking for a hotel with valet service for your visit to Ibiza Town.

If you're bringing a vehicle, we recommend that you book a hotel with parking in Ibiza Town, like Hotel Mirador De Dalt Vila-relais & Chateaux, Hotel El Pacha or Hotel Ocean Drive Ibiza.

If you need a hotel with disabled access in Ibiza Town, we recommend Hotel Gran Montesol Ibiza, Hotel El Pacha and Hotel Agroturismo Can Guillem.

If you want an adult-only hotel in Ibiza Town, some of the best options for adults only are Hotel Thb Los Molinos Adults Only, Hostal Giramundo and Hotel Gran Montesol Ibiza.

According to our clients, if you´re travelling with children, the best hotels in Ibiza Town are Hotel Ocean Drive Ibiza, Hotel El Pacha and Hotel Mirador De Dalt Vila-relais & Chateaux.

If you want to save time, the hotels in Ibiza Town with express check-in and check-out are Hotel Mirador De Dalt Vila-relais & Chateaux, Hotel Ocean Drive Ibiza and Hotel Agroturismo Can Guillem.

Some of the options for hotels with non-smoking rooms in Ibiza Town are Hotel Mirador De Dalt Vila-relais & Chateaux, Hotel Gran Montesol Ibiza and Hostal Giramundo.