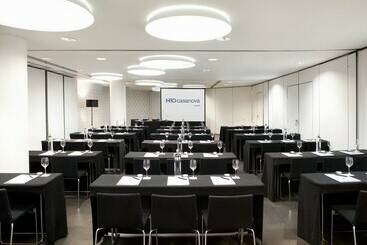 Located in the center of Barcelona, ​​a few meters from the Plaza Catalunya , Paseo de Gracia and las Ramblas. 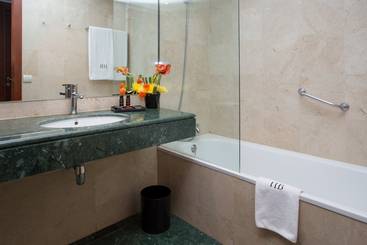 This luxury hotel is located directly in the vibrant Via Augusta area of the city close to La Sagrada Familia and La Pedrera.... 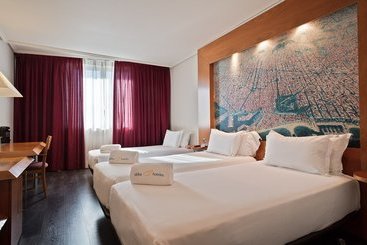 The hotel is located in the city centre, in a quite area adjacent to a green area. It is easily accessed from the airport,... 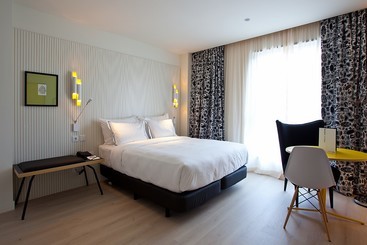 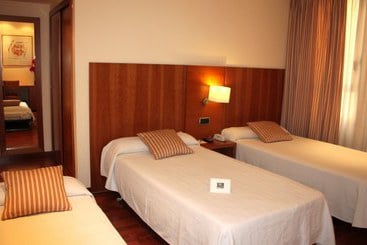 This modern hotel is in an ideal location to explore Barcelona's numerous attractions.. The Sagrada Familia is only a stone's... 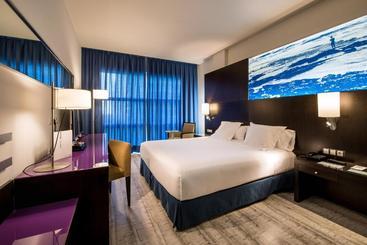 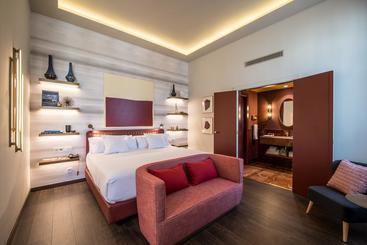 Set beside Barcelona's Francesc Macià Square, Vincci Mae features a terrace with a plunge pool and fantastic views of Diagonal...

This hotel is located in a prestigious district of Barcelona close to Avenida Diagonal, just 15 minutes drive from Prat de...

Book your cheap hotel in Barcelona

Located on the coast of northeastern Spain, Barcelona is the iconic capital city of the Catalonia region. With a population of more than 1.6 million people, the city is a bustling and busy metropolis that offers a vibrant modern culture and a rich history of legendary architecture and old Catalan tradition. With its world-class food and drink scene, Barcelona is the city for 24-hour party people.

Barcelona has a wealth of budget-friendly accommodation from cheap hotels to an excellent selection of quality hostels. They’re all over the city so you can choose a location close to the nightlife or near the beach.

Some of the must-visit neighbourhoods and areas in Barcelona include the Barceloneta Barrio which is home to the closest beach to the city centre. Las Ramblas presents a wide array of bars and restaurants that provide a vibrant and modern nightlife experience, and the Gothic Quarter is where to experience some of the old, original qualities of the city.

What to see and do in Barcelona

Most of the absolute must-see attractions in Barcelona are all designed by the world famous Antoni Gaudi. These include the iconic La Sagrada Familia, the Park Guell, Casa Mila and the Casa Batllo. Each and every building is stunning and unique.

What to eat in Barcelona

Barcelona has a tradition in rich Catalan cuisine and some of the must try dishes include bombas, a delicious fried ball of meat and mashed potatoes, blistered Padron peppers with sea salt and the signature Spanish omelette filled with onion and potato and served with aioli.

Typical events and festivals in Barcelona

Barcelona is famous for many festivals. Some of the best include a Rio style carnival in February and March, the celebration of the patron saint, Dia de Sant Jordi in April, and an open-air film festival called Gandules that runs throughout August.

How to get around in Barcelona

There is a range of public transport options in Barcelona, from the metro and tram services to regular buses and taxis. Train travel is also extremely popular, and tickets for several options can be booked through our website.

The climate in Barcelona

Barcelona enjoys a traditional Mediterranean climate, with mild winters and hot summers. August is the warmest month, and January the coldest, but tourists should feel free to visit all year round.

Did you know that the Barcelona beaches are actually artificial? And that the famous Sagrada Familia took longer to build than the Great Pyramids? Among all the incredible architecture, the most visited museum in the city is the FC Barcelona museum.

It depends on the category of the hotel. If you want to stay at a 4-star hotel in Barcelona, the average price per night is 53 €, while you will pay an average of 46 € for a 3-star hotel, and in a more luxurious 5-star hotel, you"ll pay around 124 €.

You can make reservations at Hotel Alma Barcelona Gl, Hotel Arts Barcelona and Claris Hotel & Spa Gl if you"re looking for a hotel with valet service for your visit to Barcelona.

Hotel Barcelona Aeropuerto, Affiliated By Meliá and Centre Esplai Hostel are the closest ones to Barcelona-El Prat Josep Tarradellas.

If you want an adult-only hotel in Barcelona, some of the best options for adults only are Hotel Chic & Basic Born Boutique, Hostel One Sants and Abac Restaurant Hotel Barcelona Gl Monumento.

According to our clients, if you´re travelling with children, the best hotels in Barcelona are Hotel Sonder Do Plaça Reial, Hotel Primero Primera and Hotel Casa Camper Barcelona.

If you want to save time, the hotels in Barcelona with express check-in and check-out are Hotel Casa Camper Barcelona, Hotel Sonder Do Plaça Reial and Hotel Alma Barcelona Gl.

Some of the options for hotels with non-smoking rooms in Barcelona are Hotel Casa Camper Barcelona, Hostel Barcelona Central Garden Hostal and Hotel Primero Primera.