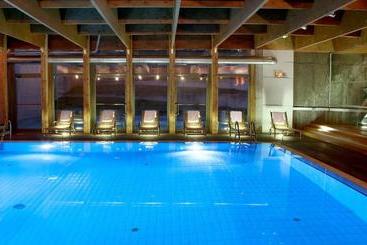 This hotel is located in Castillo National Park just 300 m from Burgos Cathedral. The hotel also enjoys wonderful views out... 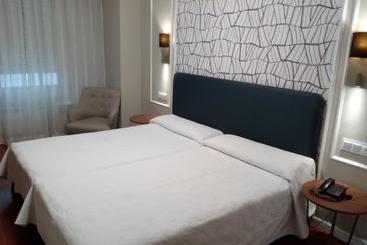 This city hotel is located directly in the tourist centre of Burgos. The Monumento El Cid and the Palacaio Arzobispal are... 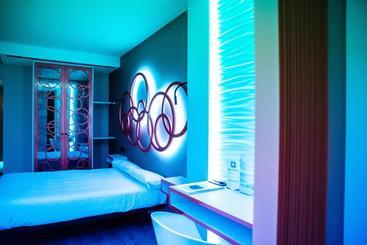 Location: in the old town, the commercial and business centre of Burgos, a short distance from the cathedral. 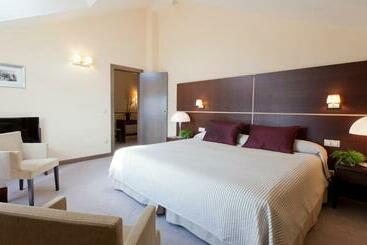 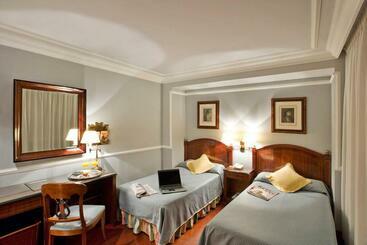 This hotel is located within easy walking distance of Burgos’ historic centre and its Cathedral, on one of the city’s...

By bus or with a rental car from Santander Airport, take N623 road, direction Burgos Centro and follow indications untill...

This recently built hotel is found in a new residential area close to the historic quarter and the beautiful wold wide known... 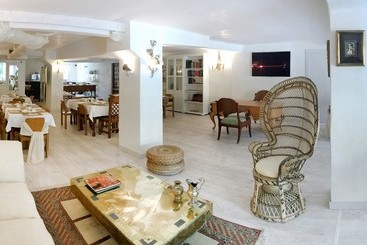 This charming city hotel is located within 10 minutes walk of the city centre and the cathedral. Links to the public transport...

Book your cheap hotel in Burgos

Located in the autonomous community of Castile and Leon in north-central Spain, Burgos is the most populated, and capital, of the province that shares its name.

Whilst not being a Spanish destination that can offer the white sandy beaches and tropical vacation feel of some Costas and Mediterranean islands, Burgos is prominent thanks to its location as one of the connecting towns on the legendary Pilgrim’s Road to Santiago de Compostela. For this reason, thousands and thousands of tourists pass through every year, enjoying the Spanish Gothic architecture and rustic charm on their way to their sacred destination.

Cited as an ideal stopping off point on the pilgrimage trail, you will be pleased to learn that Burgos boasts a number of budget and affordable hotel options.

The centre of Burgos is a historic wonderland that boasts the striking cathedral as a centre point. The centre of the city is the cultural hub, featuring stunning Spanish Gothic architecture that makes you think “if walls could talk!”. The main gate to the old city still boasts 14th century walls, which only goes to cement the feel of Burgos as a city steeped in great and powerful history. Exploring outside of the historic centre, you will find districts devoted to local cuisine, as well as shopping.

What to see and do in Burgos

As mentioned above, the crowning glory of Burgos really is the stunning Burgos Cathedral, a mammoth achievement of 13th century Gothic architecture. History, heritage and culture is very much the focal point of the city, with other popular tourist activities including guided tours around the Monasterio de las Huelgas, visits to the Museum of Human Evolution and trips to see the Arco de Santa Maria monument.

What to eat in Burgos

Burgos is a place where you will be able to sample some of the quintessentially Spanish dishes of the region. These include, but are not limited to, meals like olla podrida which is a famous pork and lentil stew, cordero lechal which is suckling lamb and chuletillas de cordero which are famous lamb chops. As you can see, lamb is a very important element of Burgos food culture. The province of Leon and Castile is Spain’s largest wine growing region so you’ll find excellent local wines in Burgos from rich reds to crisp whites.

Typical events and festivals in Burgos

Burgos stages a number of annual events in and around the city, with some of the most popular including the fiestas that hark back to the Burgos’ Middle Ages history, large scale celebrations over the course of Easter Week, and lots of events in the month of June that showcase the folklore, art, and local cuisine of the area.

How to move around in Burgos

Burgos is served by both train line and bus services, with public transport in and around the city very punctual and simple to navigate. Stations feature detailed maps that will help you to find both where you are currently and show you how to get to your desired location in a few simple steps. Much of the exploring in the city centre can be done so on foot.

The climate in Burgos

Burgos is a city that enjoys a varied cold to hot climate, but it is also in a region that experiences a great deal of rainfall, even in the hottest summer months. Temperatures can dip as low as -1 degrees in the winter and rise as high as 27 degrees in the summer. Due to its location on the pilgrimage trail, Burgos is most visited in the spring and summer months.

Burgos holds a very prominent place as a notable town in Spanish history. It was actually chosen as the location of the headquarters of General Franco during the course of the Spanish Civil War.

It depends on the category of the hotel. If you want to stay at a 4-star hotel in Burgos, the average price per night is 34 €, while you will pay an average of 28 € for a 3-star hotel, and in a more luxurious 5-star hotel, you"ll pay around 87 €.

Hotel Las Vegas and Hostal Iruñako are the closest ones to Burgos/Villafria.

You can make reservations at Hotel Nh Collection Palacio De Burgos if you´re looking for a hotel with valet service for your visit to Burgos.

If you need a hotel with disabled access in Burgos, we recommend Hotel Nh Collection Palacio De Burgos, Hotel Azofra and Hotel Ac Burgos By Marriott.

According to our clients, if you´re travelling with children, the best hotels in Burgos are Hotel Abba Burgos, Hotel Azofra and Hotel Nh Collection Palacio De Burgos.

If you want to save time, the hotels in Burgos with express check-in and check-out are Hotel Abba Burgos, Hotel Rice Reyes Católicos and Hotel Bulevar Burgos.

Some of the options for hotels with non-smoking rooms in Burgos are Hotel Nh Collection Palacio De Burgos, Hotel Mesón Del Cid and Hotel Cordón.

If you're bringing a vehicle, we recommend that you book a hotel with parking in Burgos, like Hotel Nh Collection Palacio De Burgos, Hotel Mesón Del Cid or Hotel Landa.