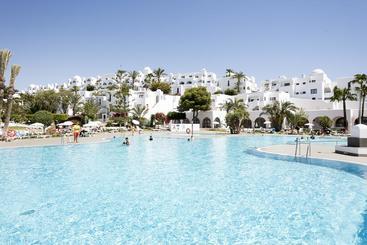 This apartment complex is centrally located, separated from a 5 kilometre-long beach by just a coastal road. The centre of... 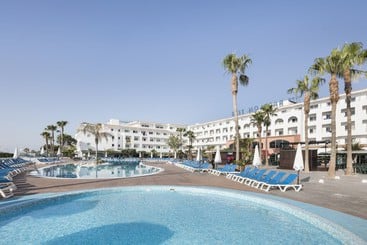 The hotel is located on the northern outskirts of the Andalusian town of Mojácar, about 50 m from the beach and 200 m from... 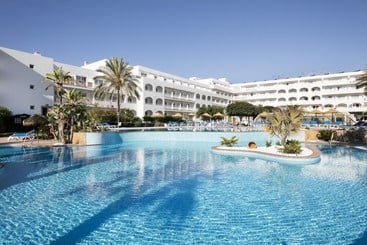 This debonair luxury hotel is located in the tourist centre of Mojacar, just across the promenade from the magnificent sandy... 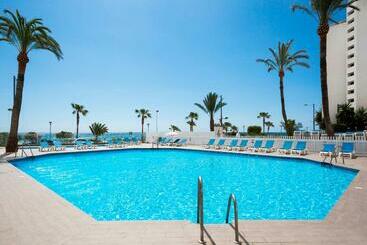 This cozy and comfortable hotel is located 50 meters from the beach and about 7 km from the typical Andalusian village of... 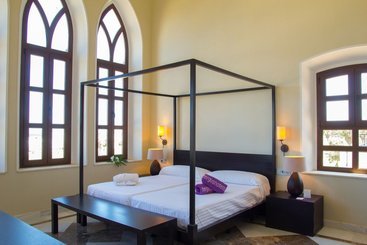 Enjoy a charming hotel on the beach of Mojacar, is a modern complex full of colonial touches, is built on the former Palace... 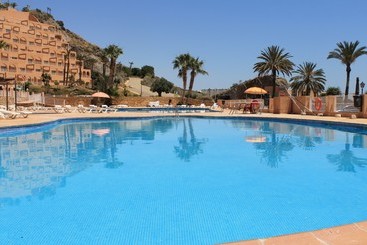 The Suites Hotel Puerto Marina is excellently located in Mojacar, just 400 metres from the beach and half a kilometre from... 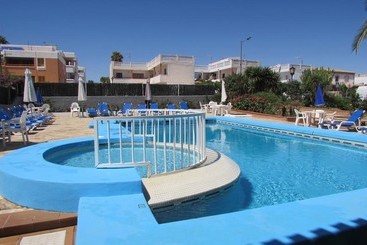 Placed at beach line and with dirct access to the beach. The hotel is placed on the beach road between Mojacar and Garrucha... 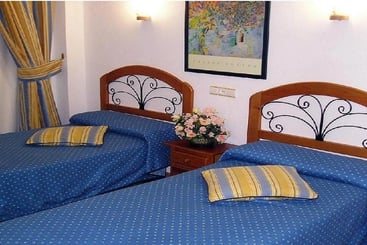 Book your cheap hotel in Mojacar

Renowned for its beaches and coastal hiking trails, Mojacar is a chilled hill-top town in the beautiful region of Andalucía. Featuring a beautiful and historic town centre, it is one of southern Spain's seaside gems, perfect for feasting on local seafood, languidly soaking up the sun’s rays and kayaking on crystalline waters.

Whether you’re looking for old school charm or beachside fun, you can find cheap and affordable holiday accommodation in Mojacar.

What to see and do in Mojacar

The main draw here is the beach. Expect gorgeous stretches of sandy shores and tree-lined roads. In the town centre proper, however, you’ll find a number of historical sites of interest, including the sixteenth-century Iglesia de Santa María, the eighteenth-century watchtower Castillo de Macenas, and the best viewpoint in town, Mirador del Castillo.

What to eat in Mojacar

The typical dishes of Mojacar have both an Andalusian countryside and Arab origin. Gurullos, a stew made with rabbit or partridge, is particularly popular. You'll also find a range of fresh fish or seafood dishes, often grilled or roasted on a spit, as well as paella and couscous.

Typical events and festivals in Mojacar

As with other Andalusian towns, expect vibrant activities year-round, particularly on Saint's days. Original to the town itself is a Moors and Christian Festival, taking place a few weeks into June. This celebrates the town's diverse heritage with costumed parades and festivities.

How to move around in Mojacar

Mojacar is fairly compact, but you may want to opt for the public bus service from the old town to the beach to avoid the uphill walk. The nearest airport is in Almeria, under an hour's drive away.

The climate in Mojacar

In Mojacar, the summers can be very hot, arid and muggy, with winters often dry, cool (not cold) and long.

More interesting facts about and sights in Mojacar

Mojacar is pefectly placed for everything outdoorsy. In particular, the coastal trail of La Mena is a must-do, offering stunning seaside and mountain views.

The most centrally located hotel in Mojacar with the best ratings is: Hostal Arco Plaza.

If you're bringing a vehicle, we recommend that you book a hotel with parking in Mojacar, like Hotel Servigroup Marina Playa, Hospedium Hotel Continental or Parador De Mojácar.

If you´re looking for peace and quiet and want to stay at an adult-only hotel in Mojacar, we recommend Hotel El Puntazo I.

According to our clients, if you´re travelling with children, the best hotels in Mojacar are Hotel Mojácar Playa Aquapark, Parador De Mojácar and Hotel Servigroup Marina Playa.

The best hotels with a pool in Mojacar are Apartamentos Marazul, Hotel Servigroup Marina Playa and Hospedium Hotel Continental.

Some of the options for hotels with non-smoking rooms in Mojacar are Apartamentos Marazul, Hostal Arco Plaza and Hotel Servigroup Marina Playa.