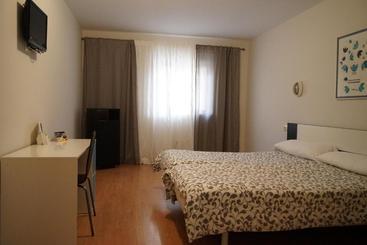 From Madrid along the highway A-5 to Trujillo and then along A58. A66 connects Caceres with Salamanca along Plasencia (north);...

From Madrid route go to direct access. Do not change route till you arrive to the hotel. At the entry of Caceres at the University... 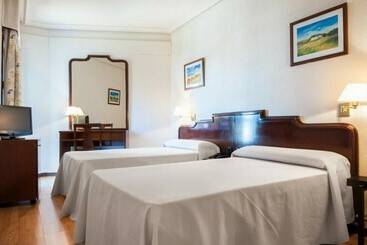 Make use of convenient amenities, which include complimentary wireless Internet access and concierge services. Enjoy a meal... 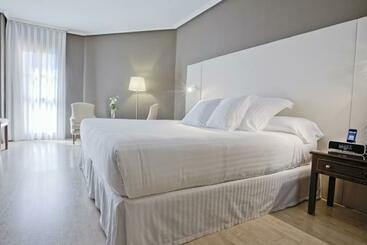 This attractive hotel is situated in a residential area, which is one of the prettiest ones in Caceres, close to the city... 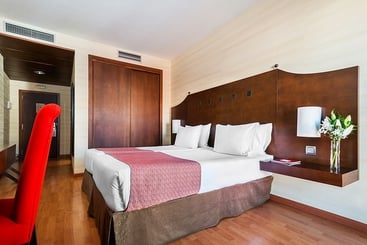 Offering modern rooms with flat-screen TVs, Exe Agora Cáceres is less than 5 minutes' walk from the centre of Cáceres,... 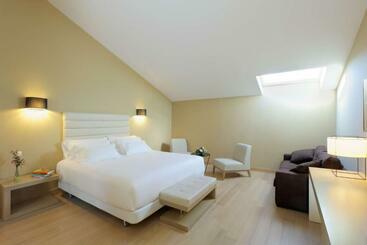 The hotel is located close to the town centre of Cáceres, just 100 m away. The immediate vicinity offers countless shops... 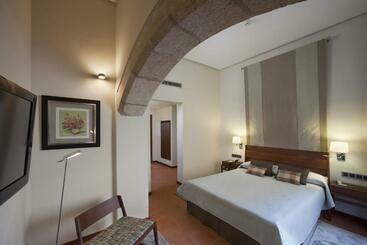 Take in the views from a terrace and a garden and make use of amenities such as complimentary wireless Internet access. This...

This brand new hotel is just 100 metres away from the Plaza Mayor and the historic area that has been named as World Heritage...

Book your cheap hotel in Cáceres‎

One of the country's most picturesque cities, Cáceres‎ is a beautiful mix of medieval cobblestone streets, ancient plazas and decadent palaces which are home to a plenitude of delightful bars and restaurants. The city itself is nestled between open parkland which is home to an extraordinary wealth of wildlife which you can explore on day trips.

Choose from a number of different hotel options in Cáceres‎, including magical medieval properties and more modern fare.

Cáceres has several neighbourhoods to explore‎:


What to see and do in Cáceres‎

Cáceres is a history lover's dream with a plenitude of ancient sites and artefacts. Most of these are found within the old city walls, including Torre de Bujaco, Torre de las Cigüeñas and Plaza de Santa María. There are a number of excellent museums to explore as well, including the 16th-century Museo de Cáceres, the 12th-century Museo Arabe and a number of open palaces like Palacio de los Golfines de Abajo, Palacio de la Diputación, Palacio De Moctezuma Caceres and Palacio de Carvajal. Once you've explored this magical medieval centre, why not explore the bustling city centre south of the walls. Here, you'll find modern arts hubs like the Centro de Artes Visuales Fundación Helga de Alvear.


What to eat in Cáceres‎

Cáceres is renowned for its local produce, including jamon, cheese and olive oil. For cheese, Torta del Casar, Queso Ibores and La retorta mini are all beloved items found in most delis and markets. Some standout dishes you'll find around town include migas, a delicious fried dish of bacon, garlic, peppers and breadcrumbs, and lamb caldereta, a rich lamb dish with smoky paprika. Tapas is also big here, best explored in the old town with a bottle of local red wine. For breakfast, churros and porras are popular.


Typical events and festivals in Cáceres‎

You'll find a wide variety of festivities that take place throughout the year in Cáceres. From Los Santos Mártires (the holy martyrs) in January to Navidad (Christmas) celebrations in December, there's almost always something going on in town. Stand out celebrations include San Jorge de Cáceres, an April celebration of St. George with burning dragon effigies, and the Romería de la Virgen de la Montaña, a pilgrimage reltating to the city's patron saint.


How to move around in Cáceres‎

Cáceres’‎ old town is compact and best traversed on foot. To explore other parts of the city, you’ll find a comprehensive bus network service. The city's train station connects Cáceres with other major cities and towns, including Madrid. Taxis are also available throughout the city.


The climate in Cáceres‎

Cáceres has a warm and temperate climate that sees blisteringly hot summers which can reach highs of 34°C. Winters are generally mild, but they can reach lows of 4°C. Rainfall in summer is rare, with the bulk of rain occurring in winter months.


More interesting facts about and sights in Cáceres‎

Cáceres is moments from the beautiful Zona de Interés Regional Llanos de Cáceres y Sierra de Fuentes, a nature reserve which is home to many species of bird. From birds of prey like kites, kestrels and vultures, through steppe bird species like Thekla larks and Spanish sparrows, this is a birdwatching paradise.

It depends on the category of the hotel. If you want to stay at a 4-star hotel in Caceres, the average price per night is 34 €, while you will pay an average of 27 € for a 3-star hotel, and in a more luxurious 5-star hotel, you"ll pay around 44 €.

You can make reservations at Hotel Atrio Restaurante if you´re looking for a hotel with valet service for your visit to Caceres.

If you want to save time, the hotels in Caceres with express check-in and check-out are Hotel Albarragena, Parador De Caceres and Hotel Atrio Restaurante.

If you're bringing a vehicle, we recommend that you book a hotel with parking in Caceres, like Hotel Nh Collection Cáceres Palacio De Oquendo, Hotel Barceló Cáceres V Centenario or Hotel Hospes Palacio De Arenales & Spa.