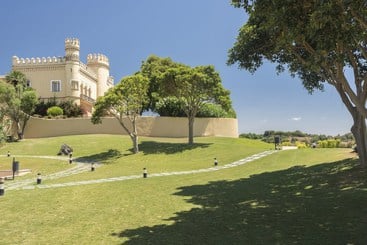 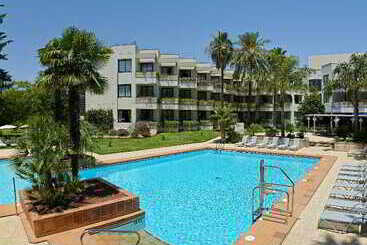 Surrounded by lush gardens, the Sherry Park Hotel offers a large outdoor swimming pool and rooms with free WiFi. It is 15... 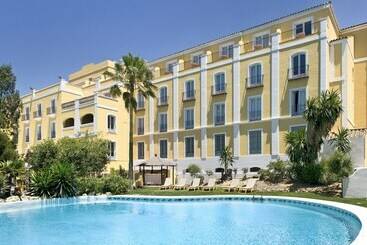 From Jerez airportt: Go to Jarez entrance, follow signs to city centre. From there, fourth roundhouse to the right and first... 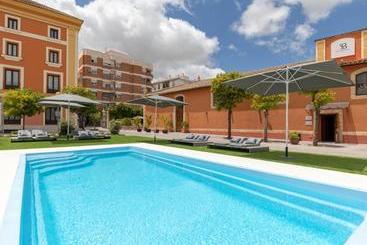 Hotel San Andres is set in the historic centre of Jerez, 300 metres from the Villamarta Theatre. It offers functional air-conditioned... 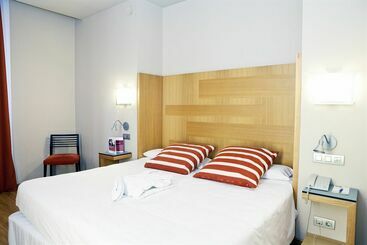 Located in the heart of Jerez, surrounded of shops, bars and restaurants. Ideal location from which visits to famous wineries,...

Renowned for its sherry, brandy, horses and flamenco, Jerez de la Frontera (or just Jerez) is a fantastic holiday destination. The city is a dreamy mix of classic Andalusian architecture, old Moorish fortifications and cute narrow alleyways which open up into resplendent courtyards. It's a pleasure to get lost here in the many small taverns or tapas bars.

Whether you’re looking for old-world charm or modern boutique stays, Jerez de la Frontera has plenty of hotels to choose from.

Jerez de la Frontera has many neighbourhoods to explore‎:


What to see and do in Jerez de la Frontera‎

Jerez is the perfect cultural destination. It hosts a number of first-rate museums, including the excellent archaeological museum, Museo Arqueológico, and the horse-carriage museum, Museo del Enganche. The latter is located in an equestrian centre where you can catch shows. The city's historic monuments remain the most alluring. Alcázar, an 11th-century fortress, is one of the most impressive Almohad-era buildings in the whole of Andalucía. The city's famed cathedral, Catedral de San Salvador, is another stand-out with its impressive blend of baroque, Gothic and neoclassical styles. Lastly, if you want to learn about or watch local flamenco performances, head to the intriguing Centro Andaluz de Flamenco.


What to eat in Jerez de la Frontera‎

Jerez has an interesting local cuisine which marries Spanish and Moorish influences. Tapas is big here, with one of the most popular dishes being Riñones al Jerez, kidneys fried in garlic and olive oil. Rabo de Toro is also a local favourite, made from bull's tail stewed in sherry and water. Seafood is also popular, so be sure to try local Gambas and Langoustines simply cooked in olive oil. Tortillas de Camarones, or shrimp fritters, are another speciality to look out for.

Jerez celebrates all the major Spanish festivals, including Carnival, Navidad and Semana Santa. But there are also a number of intriguing local festivities, including the famed Feria de Jerez in May. This festival is a celebration of the region's horse culture and includes riding competitions and parades. Another event to look out for is Fiestas de la Vendimia, the wine harvest festival which takes place from late-August to mid-September.


How to move around in Jerez de la Frontera‎

Jerez is well served by a comprehensive public bus network and prevalent taxi cab services. There's also a train station with easy access to other parts of Spain.

Jerez has a subtropical/Mediterranean climate with very mild winters and long, hot summers. You can expect average highs of 34°C in summer with winter months rarely dipping below 10°C.

Jerez' sherry wine is legendary, so be sure to stop by a tabanco (tavern) to try the local produce. If you'd like a more in-depth tasting, bodegas are found across the city, including many big name brands like González–Byass (better known as Tío Pepe), Sandeman and Lustau.

It depends on the category of the hotel. If you want to stay at a 4-star hotel in Jerez de la Frontera, the average price per night is 27 €, while you will pay an average of 24 € for a 3-star hotel, and in a more luxurious 5-star hotel, you"ll pay around 49 €.

Hotel La Cueva Park is the closest one to Jerez de la Frontera.

You can make reservations at Hotel Villa Jerez and Hotel Doña Blanca if you´re looking for a hotel with valet service for your visit to Jerez de la Frontera.

If you want to save time, the hotels in Jerez de la Frontera with express check-in and check-out are Hotel El Faisan C&r, Hotel La Albarizuela and Hotel Serit.

Some of the options for hotels with non-smoking rooms in Jerez de la Frontera are Hipotels Sherry Park, Hotel Villa Jerez and Hotel Yit Casa Grande.

If you're bringing a vehicle, we recommend that you book a hotel with parking in Jerez de la Frontera, like Hotel Villa Jerez, Hotel Yit Casa Grande or Hotel Palacio Garvey.