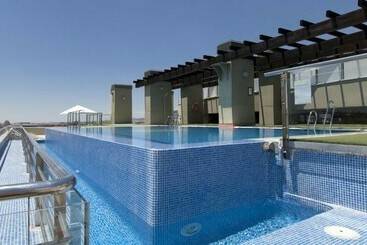 The hotel is five minutes walk to the city center, located in the new develop area of the city, where the trendy bars are....

Take in the views from a terrace and make use of amenities such as complimentary wireless Internet access and tour/ticket... 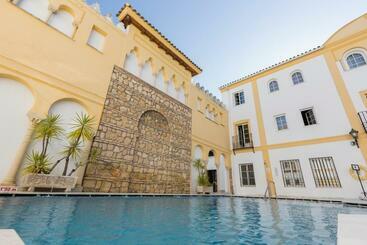 This hotel is situated in the tourist centre of Cordoba, where there are plenty of shopping venues, restaurants, bars...

The Hotel is located in the centre of the city, on an emblematic street, surrounded by bustling ?tavernas?, shops and restaurants... 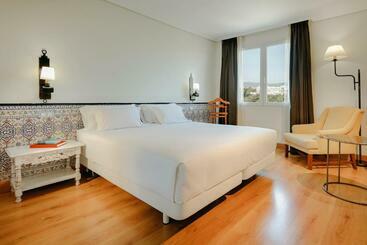 This hotel is located right in the Córdoba and is only a few minutes from the town centre, the Mezquita and public transport.... 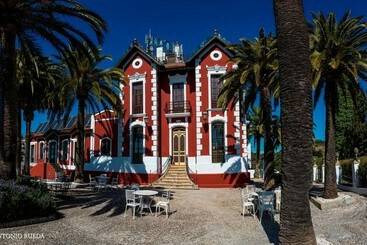 This hotel is situated amidst quiet, rural surrounds, close to the mountains that surround Córdoba. This fabulous location... 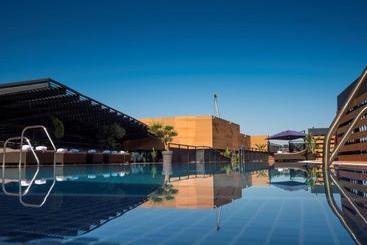 The hotel is located in the historic centre of Córdoba, very close to the Paseo de la Victoria, the Jewish quarter, the... 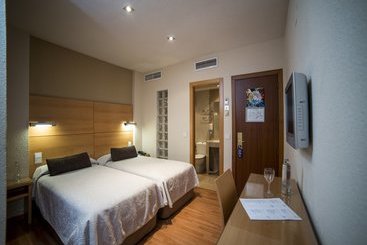 Located in the town centre, next to "El Corte Ingles" and 15 minutes from the Mosque. Excellente location 1 kms to city...

Book your cheap hotel in Cordoba

Located in Andalusia, Southern Spain, Cordoba is the capital city of the province of Cordoba. Bestowed with World Heritage designation, the city has an amazing history that covers both Roman and Islamic cultures; one of only a few key European cities to share such a mixture.

Turned into a settlement by the Roman Empire and later transformed into a centre of learning and education under the Umayyad Caliphate, Cordoba was the second largest city in Europe by the 10th century. For these reasons it remains an most interesting and popular travel destination for global tourists.

Helping to maintain Cordoba’s reputation as a must-visit European destination is the fact visitors are able to take advantage of a large number of budget and affordable accommodation options within the city.

Cordoba consists of a number of districts:


What to see and do in Cordoba

The majority of Cordoba’s attractions revolve around the stunning history and architecture that adds so much character to the city. Some of the must see sights include La Mezquita, a UNESCO-listed World Heritage 13th century mosque that serves as a masterpiece of Islamic architecture as well as having been converted into a church in the 16th century, the Alcazar de los Reyes Cristianos which is the Castle of the Christian Monarchs, and Palacio de Viana which is an aristocratic palace and museum. The Roman Bridge dates from the 1st century (although it was updated extensively in the 10th century) and for more modern history, you can learn all about Spain’s unique sport at the Bullfighting Museum.


What to eat in Cordoba

Cordoba’s local cuisine takes influences from all of its mixed cultural heritage. Some of the absolute ‘must try’ dishes for visitors to the city include flamenquin, which is a battered pork dish involving cheese and egg, salmorejo which is a cold tomato soup that is thickened using breadcrumbs, and pastel Cordobes which is a flaky pastry pie that contains a sweet pumpkin filling. Tapas is a way of life here and you can join the throngs anywhere throughout the city but particularly in San Andres-San Pablo.


Typical events and festivals in Cordoba

Interestingly, the majority of Cordoba’s noteworthy events take place in the month of May. These include Las Cruces de Mayo, which is a religious festival of the cross, Los Patios de Cordoba, in which residents open up their private patio areas to showcase their beautiful flower arrangements, and La Feria de Cordoba, which is a large scale fair similar to that of Sevilla.


How to move around in Cordoba

The two main methods of public transport in and around Cordoba are the well run city bus system and the several different taxi services that are in place to step in if you prefer personal travel or are trying to get somewhere after the bus services have finished for the night.


The climate in Cordoba

Cordoba is classed as the warmest city in Europe and is famous for having some of the consistently highest summer temperatures on the continent. The city experiences a summer average of around 37 degrees in July and August, which is something to bear in mind for your travel plans. Winters are much cooler, with temperature dipping to a more comfortable 14 top 21 degrees.

More interesting facts about and sights in Cordoba

There are cities called Cordoba in Mexico, Argentina, Colombia, and the USA. Testament to Spain’s Golden Age in the Americas.

It depends on the category of the hotel. If you want to stay at a 4-star hotel in Cordoba, the average price per night is 31 €, while you will pay an average of 24 € for a 3-star hotel, and in a more luxurious 5-star hotel, you"ll pay around 47 €.

You can make reservations at Hotel Nh Collection Amistad Córdoba, Hotel Hospes Palacio Del Bailío and Hotel Ayre Córdoba if you"re looking for a hotel with valet service for your visit to Cordoba.

If you´re looking for peace and quiet and want to stay at an adult-only hotel in Cordoba, we recommend Inn Arc House Cordoba.

If you want to save time, the hotels in Cordoba with express check-in and check-out are La Llave De La Judería Hotel Boutique, Hotel Hospes Palacio Del Bailío and Hotel Hesperia Córdoba.

Some of the options for hotels with non-smoking rooms in Cordoba are Hotel Balcón De Córdoba, Hotel Nh Collection Amistad Córdoba and Hotel Córdoba Centro.

If you're bringing a vehicle, we recommend that you book a hotel with parking in Cordoba, like Hotel Nh Collection Amistad Córdoba, Hotel Córdoba Centro or Hotel Casa De Los Azulejos.