Hotels in the centre of Vera 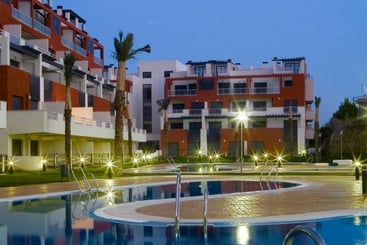 Situated just 150 m from Vera Playa, this is the ideal place for a family to stay. Vera is a quiet Mediterranean village... 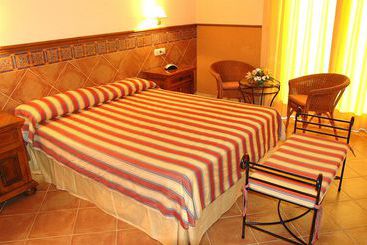 This popular beach hotel is located in the tourist centre of the town, just across the promenade from the nearest beach.... 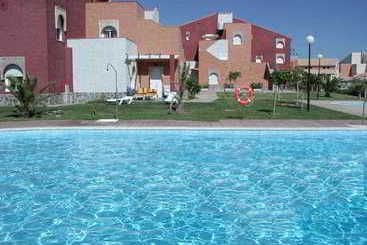 These apartments are located just 200 m from the beach, in garden grounds, in an area reserved solely for naturists/nudists.... 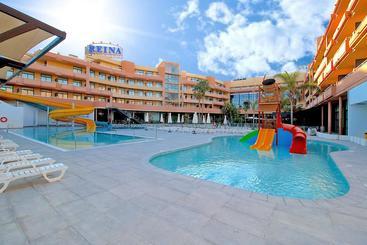 The Advise Reina is located in a quiet tourist area of ​​Vera (Almería) just 3 minutes from the best beach in the municipality... 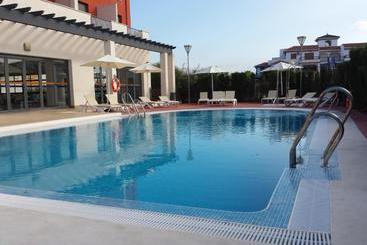 Book your cheap hotel in Vera‎

Sun and sand await in this coastal paradise in the heart of Almería. The village itself has a lot of history, with Roman and Moorish ancestry evident in its spectacular old chapels and buildings. Some five beaches are found in this area with Blue Flag approval.

You can choose from a wealth of affordable hotels in Vera, both inland and by the beach.


What to see and do in Vera‎

The historic town centre contains a number of fine attractions and sights for when you're not soaking up the sun on the beach. Plaza Mayor is one of the town's most important squares, home to charming centuries-old architecture and cosy cafes. The 16th-century church, La Encarnacion, is a particularly beautiful sight, made up on imposing fortified towers meant to protect its residents from Moorish attacks. The 16th-century Ayntamiento (town hall) is also unmissable and home to an archaeological museum detailing the town's past. Then there's Plaza de Torros, the town's 19th-century bullring which offers guided tours and a small museum. By the beach, you can enjoy the sun, sand, and sea on the spot where Hannibal landed his elephants in Ancient Roman times. The water park, AquaVera Parque Acuático, is also perfect for little ones.


What to eat in Vera‎


Typical events and festivals in Vera‎


How to move around in Vera‎

Vera has a local bus network which connects the beach, town and park areas, as they are not walkable. There is no train network, however, and guests may prefer to rent a car for convenient airport transfer. This will also allow you to explore the Almería region at your own pace.

Vera has a Mediterranean, semi-arid climate with warm summers and mild winters. You can expect averages of 26 °C in summer, with highs over 30°C. Winters see low temperatures of around 11°C. The rainiest month is November.


More interesting facts about and sights in Vera‎

Vera is close to many pretty towns and villages which are rich in history, including Antas, Los Gallardos and Cuevas del Almanzora. If you have a car, the deserts of Tabernas area must-visit as the only European desert.

If you're bringing a vehicle, we recommend that you book a hotel with parking in Vera, like Vera Playa Club Hotel, Apartamentos Paraiso Playa or Valle Del Este Golf Resort.

According to our clients, if you´re travelling with children, the best hotels in Vera are Zimbali Playa Spa Hotel Luxury, Valle Del Este Golf Resort and Vera Playa Club Hotel.

The best hotels with a pool in Vera are Apartamentos Vera Coast, Vera Playa Club Hotel and Apartamentos Paraiso Playa.

If you want to save time, the hotel in Vera with express check-in and check-out is Apartamentos Torrelaguna.

Some of the options for hotels with non-smoking rooms in Vera are Apartamentos Vera Coast, Vera Playa Club Hotel and Apartamentos Torrelaguna.