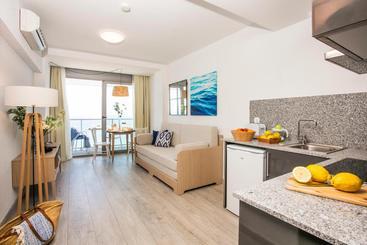 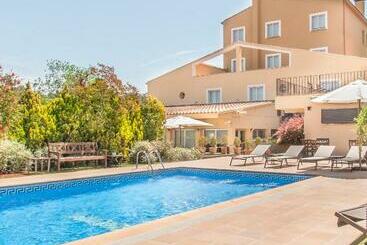 From the airport: (Barcelona) By car, taxi, bus or train. Take the motorway A7 direction Girona. Exit: Girona Norte and follow... 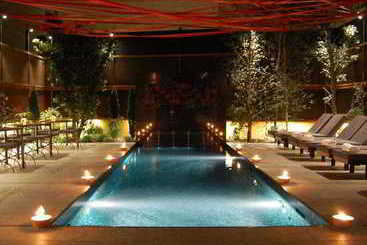 This family-run hotel is a 5-minute walk from Girona Cathedral. It offers a garden terrace with a small swimming pool, and... 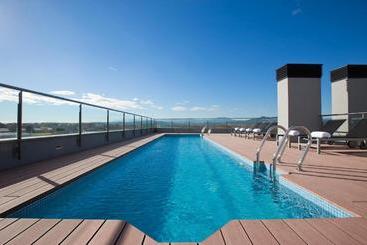 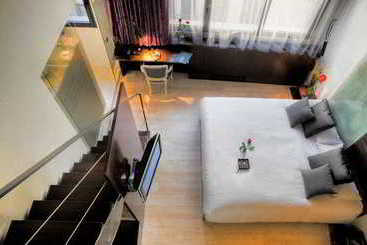 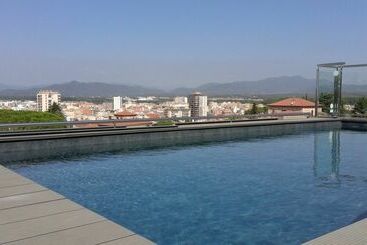 This modern hotel is in a privileged area near El Call and the old town, where there are plenty of shops and...

Book your cheap hotel in Girona

Located in northern Catalonia in Spain, Girona is the capital of the province that shares its name, resting at the confluence of the Guell, Ter, Onyar and Galligants rivers. With a population of over 100,000, it is a thriving and vibrant town of Catalonia that has a lot of history and culture to offer visitors.

Girona has a wealth of ancient and old architecture which regularly attracts film makers who are making period dramas. There’s a charming mix of old and modern things to see and do and Girona is a good choice for those who want to be close enough to but not in Barcelona as well as those who want an inland base yet close enough to the coast.

There is plenty of affordable and cheap hotel accommodation in Girona all year round..

The most popular areas for tourists are:


What to see and do in Girona

Some of the most popular and famous sights and attractions include the beautiful Cathedral of Girona that boasts the world’s widest Gothic nave, the Esglesia de Sant Feliu which is a church that features a curious mixture of different architectural styles, and the Girona Art Museum that has long been considered one of the most notable art museums in Europe. The Arabic Baths are an interesting visit, as is the Monasterio de Sant Pere de Galligants. It’s nice to take a walk or have a picnic in Devesa Park which is the largest urban park in Catalonia.


What to eat in Girona

Girona is one of the most underrated locations for excellent cuisine in Spain. Some of the dishes that visitors should try include botifarra which is a type of sweet sausage dish with apple sauce, xuixo which are delicious cream filled pastries, and palamos prawns which are a locally-caught variety of prawn that are prepared with salt, garlic and parsley.


Typical events and festivals in Girona

Girona enjoys a vibrant and diverse calendar of annual events. Some of the most popular occasions include the iconic Parade of the Three Kings that takes place every January, the Girona Gastronomy Week in March, and the Girona, Flower Time event that marks ten days of beautiful flower arrangements and garden celebrations across the city every May.


How to move around in Girona

The easiest way to navigate around Girona is by using the comprehensive urban bus service that runs throughout the city. As well as inner city travel, there are also services that provide links to other towns in the province and further afield, as well as to Girona Airport. Girona is also connected by rail to Barcelona and other cities in Spain.


The climate in Girona

Girona enjoys a fairly mild climate all year round, even in its coldest season. Temperatures in the winter tend to fall at an average of around 7 or 8 degrees, whilst the summers can be incredibly hot and humid with highs of up to 30. There is a higher risk of rainfall in the winter months, and like the rest of the Costa Brava tourism is mostly in June to September.

It depends on the category of the hotel. If you want to stay at a 4-star hotel in Girona, the average price per night is 44 €, while you will pay an average of 40 € for a 3-star hotel, and in a more luxurious 5-star hotel, you"ll pay around 39 €.

Hotel Eden Park By Brava Es and Hotel Vilobi are the closest ones to Girona-Costa Brava.

You can make reservations at Hotel Nord 1901 if you´re looking for a hotel with valet service for your visit to Girona.

According to our clients, if you´re travelling with children, the best hotels in Girona are Hotel Ciutat De Girona, Hotel Museu Llegendes De Girona and Hotel Nord 1901.

If you want to save time, the hotels in Girona with express check-in and check-out are Hotel Museu Llegendes De Girona, Hotel Cmc Girona and Hotel Costabella.

Some of the options for hotels with non-smoking rooms in Girona are Hotel Nord 1901, Hotel Museu Llegendes De Girona and Hotel Ciutat De Girona.

If you're bringing a vehicle, we recommend that you book a hotel with parking in Girona, like Hotel Nord 1901, Hotel Museu Llegendes De Girona or Hotel Ciutat De Girona.