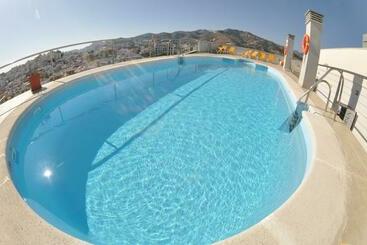 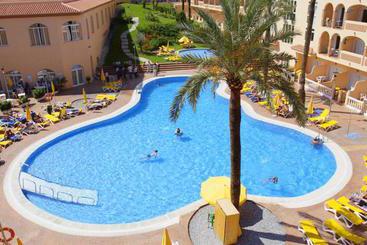 Set on the Playa del Pozuelo's beachfront, this elegant hotel is 2 km from the centre of Almuñécar. It features a spa area,... 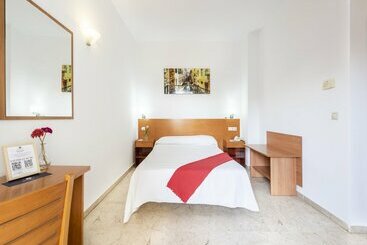 The Hotel Tobosos is located in the centre of Almuñecar, 300m from the beach and 100m from bars, restaurants, shops etc.... 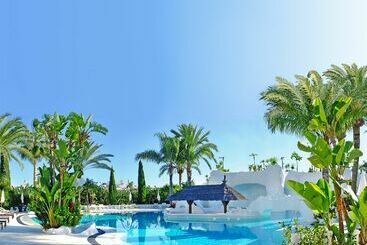 This beach hotel is located in the relaxing area of Almuñecar, just a few minutes walk from the city centre and only 500... 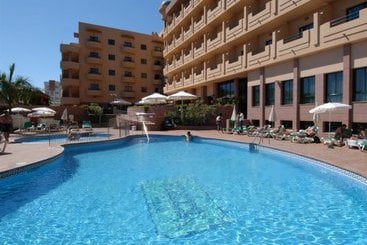 Location: less than 200 metres from San Cristóbal beach and a few minutes from the centre of Almuñécar. 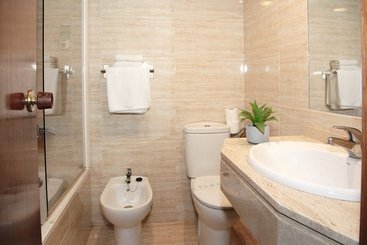 There are additional charges per night for using the parking and it is recommended to book in advance by phone. 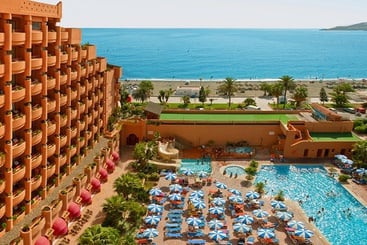 The hotel is located right on the first line of the beach, in front the promenade, just minutes from the historic center... 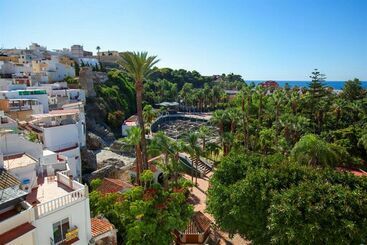 Located in the heart of Almuñecar and 300m from the beach ? Playa de San Cristobal on the Costa Tropical. The Hotel is near...

Book your cheap hotel in Almuñécar

Just 80km from Granada on the Costa Tropical in an area surrounded by luscious mountains and coastal vista, Almuñécar is one of Spain’s most alluring seaside towns. With wide pebble-paved beaches and palm tree-lined boulevards, it exudes a beach holiday energy with plenty of waterfront cafes, bars and restaurants to enjoy.

Almuñécar has a number of excellent budget accommodation options for families, couples and parties of friends.

Almuñécar has a number of districts, with its most popular with tourists being:

What to see and do in Almuñécar

Aside from the stretches of beach which cover some 19km of natural coastline, there are also many museums, parks and historical sites in the area to visit. Castillo de San Miguel is a Moorish hilltop castle with a museum, dungeon and the best panoramic views. A small archaeological museum and Roman-era botanical park are also in the vicinity.

What to eat in Almuñécar

Almuñécar serves up high-quality coastal cuisine and Andalusian favourites. Indulge in lobster paella, stewed meats, garlic-fried prawns and a number of tapas favourites after a day on the beach.

Typical events and festivals in Almuñécar

With a number of religious and cultural holidays, Almuñécar comes to life with its festival traditions. From the Day of the Three Kings (January) to Fiestas San Jose (March) and San Juan (June), you'll find the historic centre awash with colour with processions on the beach. The Carnaval in Feb/March is also well worth visiting.

How to move around in Almuñécar

Almuñécar has a bus station just 500m from the city centre, offering connection both throughout the town (via 5 urban bus lines) and to nearby cities and towns like Granada.

The climate in Almuñécar

This region is renowned for its sub-tropical climate, bringing with it warm winters with long hot summers - perfect for beach goers.

More interesting facts about and sights in Almuñécar

Almuñécar is a historical town with many ancient ruins. A walking tour will reveal an astonishingly rich cultural heritage with Phoenician, Roman and Arab architectural ancestry.

The most centrally located hotels in Almunyecar with the best ratings are: Hotel Helios Almuñecar, Hostal Altamar and Hostal San Sebastián.

If you're bringing a vehicle, we recommend that you book a hotel with parking in Almunyecar, like Hotel Helios Almuñecar, Hotel Playacálida Spa Luxury or Hotel Bahía Tropical.

According to our clients, if you´re travelling with children, the best hotels in Almunyecar are Hostal Altamar, Hotel Playacálida Spa Luxury and Hotel Helios Almuñecar.

If you want to save time, the hotel in Almunyecar with express check-in and check-out is Hostal San Sebastián.

Some of the options for hotels with non-smoking rooms in Almunyecar are Hotel Playacálida Spa Luxury, Hostal Altamar and Hotel Almuñecar Playa Spa.