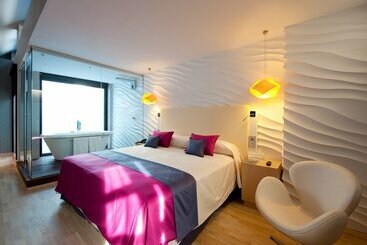 The Posada del Patio is 5-star hotel, situated in the centre of Málaga, with a rooftop swimming pool and free Wi-Fi. It... 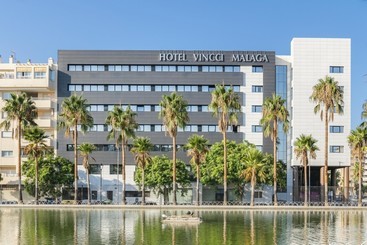 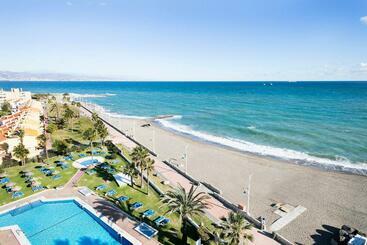 This beach hotel is situated in the tourist centre, directly beside the beach. It is less than 5 km to the town centre, where... 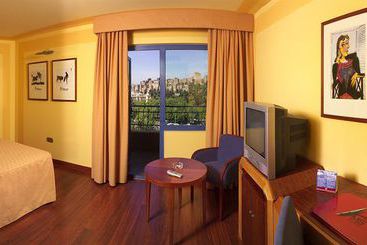 Located next to the new port of leisure and marina Muelle 1, at 100m from the beach Malagueta and the promenade Pablo Ruiz...

The hotel is located within 10 minutes walk to the historical center of the city. Excellent location as only few metres away... 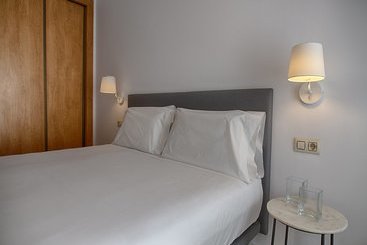 Located at the heart of Málaga's historical centre, this hotel lies just a short distance from Atarazanas market, the trade... 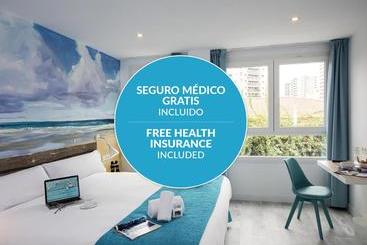 Make use of convenient amenities, which include complimentary wireless Internet access and tour/ticket assistance. Buffet...

Book your Cheap Hotel in Malaga

Capital of the province that shares its name, Malaga is the fifth most populated city in the whole of Spain. Situated in the south of the Iberian Peninsula, Malaga boasts an interesting mix of metropolitan life and relaxing beachside culture with a footing in the arts and a vibrant food scene. With its lovely mild climate, Malaga has distinguished itself as a reliable and unique destination on the Costa Del Sol

There are plenty of budget options for accommodation in Malaga offering visitors clean and comfortable places to base themselves for an exciting trip to the town.

What to see and do in Malaga

Attractions in Malaga include the iconic Teatro Romano, the Alcazaba, the Larios Monument, and the tropical Jardin Botanico. Of course, there is also a plethora of beaches in which to enjoy a relaxing day by the sea.

What to eat in Malaga

Malaga has many traditional dishes to sample, including the cold soup known as gazpacho, a medley of fried seafood known as fritura malaguena, a fresh salad known as ensalada malaguena, and a hearty winter stew known as migas.

Typical events and festivals in Malaga

If you are visiting in the run-up to Lent, then you can enjoy the annual Carnival in which celebrations are held throughout the city. In September, the city has a feast dedicated to its patron saint, Santa Maria de la Victoria. For music, the Verdial Festival in December is perfect.

How to get around in Malaga

There are many public transport links in Malaga from the EMT bus to the Metro to taxis and bike rentals. Train travel is also extremely popular, and tickets for several options can be booked through our website.

The climate in Malaga

Malaga enjoys a traditional Mediterranean climate, with the hottest month being August with temperatures of up to 80F, and the coldest month being January with a still relatively pleasant 54F. The summer season is understandably Malaga’s busiest.

It depends on the category of the hotel. If you want to stay at a 4-star hotel in Malaga, the average price per night is 51 €, while you will pay an average of 38 € for a 3-star hotel, and in a more luxurious 5-star hotel, you"ll pay around 76 €.

You can make reservations at Hotel Soho Boutique Castillo De Santa Catalina, Hotel Nh Málaga and Hotel Eurostars Astoria if you"re looking for a hotel with valet service for your visit to Malaga.

If you want an adult-only hotel in Malaga, some of the best options for adults only are Inn La Casa Mata Central, Hotel Zenit Málaga and Oasis Backpackers Hostel Malaga.

According to our clients, if you´re travelling with children, the best hotels in Malaga are Hotel La Chancla, Hotel Molina Lario and Hotel Vincci Selección Posada Del Patio.

If you want to save time, the hotels in Malaga with express check-in and check-out are Hotel El Riad Andaluz, Hotel Soho Boutique Castillo De Santa Catalina and Hotel Malaga Picasso.

Some of the options for hotels with non-smoking rooms in Malaga are Hotel Vincci Selección Posada Del Patio, Hotel California and Hotel Monte Victoria.