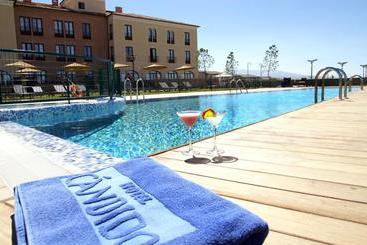 The hotel is located near the center of the city in a quiet residential area. It is a couple of minutes by car from the historic... 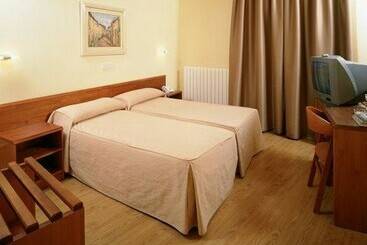 From the airport take the national highway towards Segovia. Once there, follow the indications to the acueduct. The hotel... 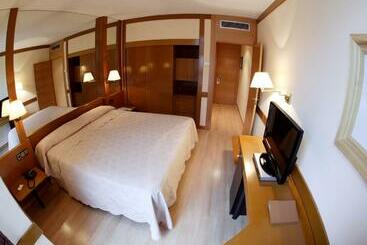 This 4-star hotel is located in the heart of Segovia, a beautiful and historic traditional old city, which has been granted... 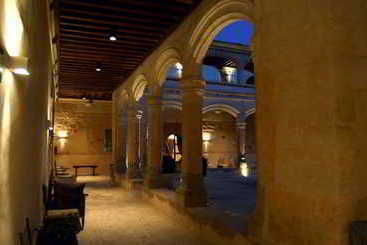 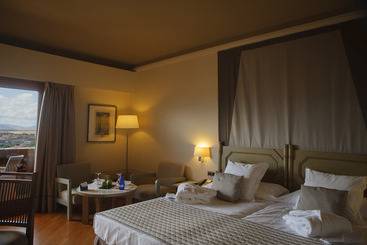 The hotel lies around 3 km from the centre of Segovia, where guests will find plenty of restaurants, bars, nightclubs, and...

Free Wi-Fi and a typical Spanish café can be found at Hotel Corregidor, located in Sevovia’s Old Town just 500 metres... 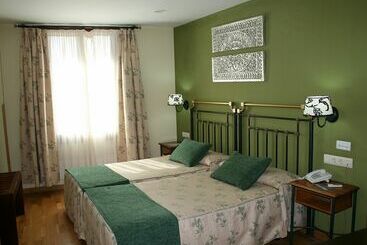 Located on Segovia’s main street, just 10 metres from the Plaza Mayor, La Casa Mudéjar is set in a charming 15th-century...

Book your cheap hotel in Segovia‎

Magic and history meet in this deeply alluring Spanish city. From fairy tale palaces to enthralling Roman ruins, Segovia’s cultural heritage runs deep throughout the city’s fabled streets and UNESCO-recognised sites. Add to that the charming array of delicious eateries and you have an unmissable tourist destination.

Segovia offers a wide variety of affordable accommodation options, in both modern and historic hotels.


What to see and do in Segovia‎

Segovia is a veritable treasure trove of ancient wonders, museums and architectural delights. One of the most prominent sights in town is the Acueducto, an Ancient Roman achievement of some 20,000 granite blocks. You can get a great view by climbing the stairs behind the tourist office. When it comes to museums, Centro Didáctico de la Judería gives a historic perspective of the old Jewish Quarter, Museo Gastronómico offers a breakdown of regional food and wine, and Alcázar — the Disney-influencing castle — offers spectacular displays and views from its fairy tale-like towers. There are plenty of important religious sites as well, including an awe-inspiring Gothic Cathedral, pretty churches (particularly Iglesia de Vera Cruz) and a number of important convents. The city's picturesque plazas — Plaza de San Martín and Plaza Mayor — also contain a number of ancient monuments and towers.


What to eat in Segovia‎

Segovia is renowned for its pork dishes and horno de asar (roasting ovens). Look out for regional dishes like cohinillo asado (roast suckling pig) and judias de la granja (pork and butter beans). Lechazo asado (leg of lamb) is also popular here, along with small tapas bars. Segovia doesn’t skimp on the sweets, either. The city is the birthplace of the famed ponche segoviano, a rich lemon sponge cake coated in marzipan and sugar. You'll find it in many of the city's patisseries along Plaza Mayor.


Typical events and festivals in Segovia‎

Segovia hosts a famous variety of cultural and religious festivities throughout the year. The city even has two patron saint festivals honouring Virgen de la Fuencisla in September and San Frutos in October. Fiestas de San Juan and San Pedro are also popular here in June. One of the oldest festivals in Spain, Fiesta de las Águedas de Zamarramala, is celebrated in February. There's also a unique puppet show festival, Titirimundi, in May.


How to move around in Segovia‎

Segovia is well connected to the rest of Spain with major bus and train links. The city itself is easily traversed on food, with regular local buses and taxi services across the city.

Segovia has a warm and temperate Mediterranean climate. You can expect generally warm summers with highs of 28°C, with mild-to-cold winters rarely dipping below 4°C. July and August generally see the least rain, with all other months witnessing between 30 to 50mm of rainfall.


More interesting facts about and sights in Segovia‎

The most centrally located hotels in Segovia with the best ratings are: Hotel Real Segovia By Recordis S, Hotel Palacio San Facundo and Hotel Don Felipe.

It depends on the category of the hotel. If you want to stay at a 4-star hotel in Segovia, the average price per night is 38 €, while you will pay an average of 37 € for a 3-star hotel, and in a more luxurious 5-star hotel, you"ll pay around 44 €.

You can make reservations at Hotel Real Segovia By Recordis S, Hotel Infanta Isabel By Recordis S and Hotel Spa La Casa Mudéjar if you"re looking for a hotel with valet service for your visit to Segovia.

If you need a hotel with disabled access in Segovia, we recommend Hotel Real Segovia By Recordis S, Hotel Palacio San Facundo and Hotel Don Felipe.

According to our clients, if you´re travelling with children, the best hotels in Segovia are Parador De Segovia, Hotel Palacio San Facundo and Hotel Real Segovia By Recordis S.

If you want to save time, the hotels in Segovia with express check-in and check-out are Hotel Palacio San Facundo and Hotel San Antonio El Real.

Some of the options for hotels with non-smoking rooms in Segovia are Hotel Real Segovia By Recordis S, Hotel Palacio San Facundo and Hotel Don Felipe.

If you're bringing a vehicle, we recommend that you book a hotel with parking in Segovia, like Hotel Palacio San Facundo, Hotel Don Felipe or Hotel Cándido.

The best hotels with a pool in Segovia are Hotel Cándido and Parador De Segovia.