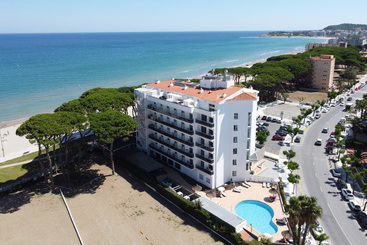 This beach hotel is situated directly next to an inviting sandy beach and the turquoise blue sea in La Pineda. Links to the... 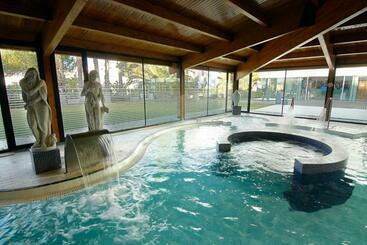 The complex is 5kms away from Salou and 8kms from Tarragona centre with a rugular public transport service both ways. Nearby... 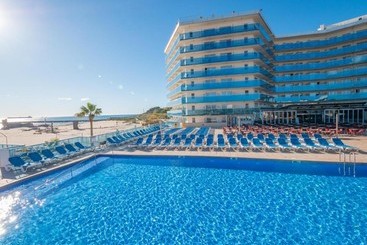 Location: the hotel is located 150 m. from the centre and on the beach front. Just 2 Km. from Port Aventura. 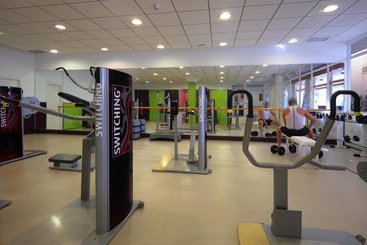 Enjoy a range of recreational amenities, including an outdoor pool, an indoor pool, and a fitness center. This hotel also...

With two of Spain’s biggest waterparks on its doorstep and a trio of beautiful Blue Flag beaches, the Spanish resort of La Pineda is a great choice for family holidays. A lovely town on the Costa Dorada, its closest neighbour is the lively resort of Salou and Barcelona is just a hour away for memorable day trips. It isn’t all about the beaches and the water; there are plenty of activities and sights in La Pineda to attract all ages of holidaymaker.

Those wanting to book a holiday in La Pineda will find a large number of accommodations for all tastes and budgets. The most desirable properties are those on the splendid Promenade and close to the seafront.

La Pineda consists of a number of districts:

What to see and do in La Pineda

Culture buffs will enjoy the historical attractions of La Pineda which include the Portal de Sant Antonian 800-year old walled enclosure and the Celler Noucentista a winery dating to 1919. For more urbane pursuits, the PortAventura theme park is 15 minutes away and there are green spaces including the Torre d'en Dolça park.

What to eat in La Pineda

The food scene in La Pineda is cosmopolitan with many cuisines represented including Chinese and Vegan. Local and traditional dishes are based heavily on seafood and rice and every Spanish restaurant will have their own version of paella. Try the suquet de peix, a fish broth, pork sausages called mongetes amb botifarra, and cap-i-pota, a stewed pork dish.

If you love to party, be in La Pineda around July 25th, for the Festival of San Jaume, the town’s patron saint. Other festival days are St. George’s Day in April, the Feast of Sant Esteve in August and Carnevale in February.

How to move around in La Pineda

Local bus services are good and there are good connections to local towns including Salou, Tarragona, and Reus. Taxis are readily available.

The climate in La Pineda

Sunny summer and mild winters are the key features of the Mediterranean climate in La Pineda. Temperatures usually peak in mid-July and early August.

More interesting facts about and sights in La Pineda

There are two spas in La Pineda, one of which is open to children (Aquum Spa and Wellness).

It depends on the category of the hotel. If you want to stay at a 4-star hotel in La Pineda, the average price per night is 21 €, while you will pay an average of 16 € for a 3-star hotel, and in a more luxurious 5-star hotel, you"ll pay around 43 €.

You can make reservations at Gran Palas Hotel - Spa Incluido if you´re looking for a hotel with valet service for your visit to La Pineda.

If you're bringing a vehicle, we recommend that you book a hotel with parking in La Pineda, like Hotel Ohtels La Hacienda, Gran Palas Hotel - Spa Incluido or Palas Pineda hotel & apartamentos.

According to our clients, if you´re travelling with children, the best hotels in La Pineda are Hotel Ohtels La Hacienda, Hotel Golden Donaire Beach and Estival Park.

Some of the options for hotels with non-smoking rooms in La Pineda are Estival Park, Hotel Golden Donaire Beach and Hotel Ohtels La Hacienda.