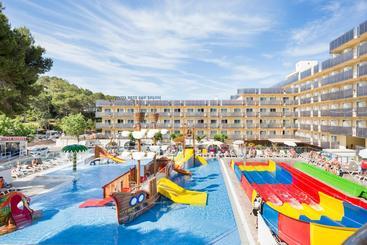 Location: overlooking the beach, between La Pineda (2 Km away) and Salou (4 Km away). 300 metres from Aquopolis water park... 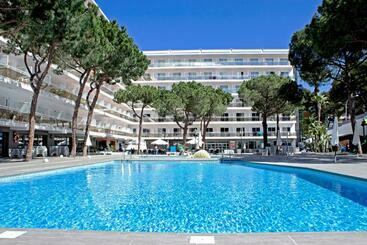 The Oasis Park Hotel is in the heart of Salou`s tourist area approximately 10 minutes from the beaches at Levante and Capellans.... 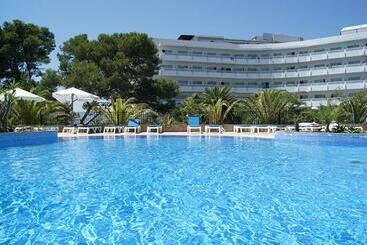 This hotel is located directly by Cape Salou, right by the sea and beach. Guests are offered a wonderful view of the picturesque... 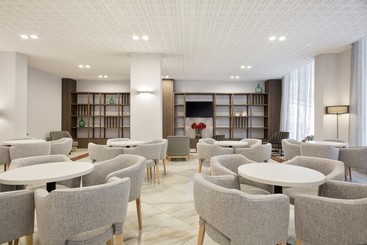 This appealing aparthotel is located on the street parallel to Salou promenade, just 100 metres from the sandy beach and...

This hotel lies just 4 km from the centre of Salou and 1 km from La Pineda. The beach and links to the public transport network... 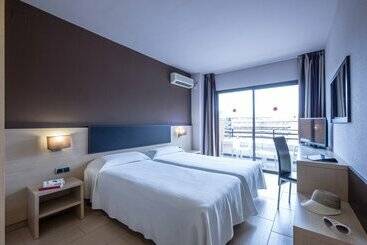 This attractive beach hotel is situated in the tourist centre of Salou, just a few metres from Plaza Europa (approximately... 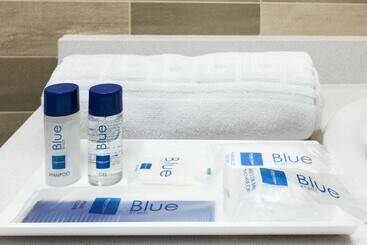 The popular hotel is in an ideal location for reaching the tourist centre of Salou. It is only 200 metres to the nearest... 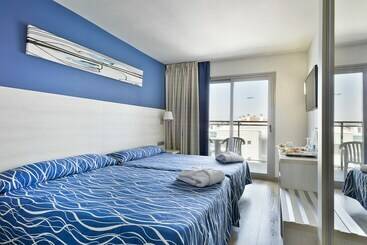 Located in the centre of Salou just 250 meters from the Capellans Beach and 3 km from Port Aventura theme park.

Book your cheap hotel in Salou

Salou is located in the Tarragona Province, along the north-eastern Costa Daurada of Spain. This glamorous city is filled with sandy beaches that attract tourists who want to relax, as well as those who love windsurfing, golf and sailing.

There is a broad range of affordable accommodation available throughout the area, much of which includes a sea view.

What to see and do in Salou

There is plenty to enjoy in and around Salou, including:

What to eat in Salou

Local cuisine tends to feature seafood and rice and visitors to Salou should definitely try suquet de peix, a fish broth. For meat eaters, however, pork is widely available and delicacies include mongetes amb botifarra, pork sausages fried in oil and served with vegetables, and cap-i-pota, a stewed pork dish served with hot bread.

Typical events and festivals in Salou

Events are scheduled and hosted throughout the year in Salou including the Children's Festival, National Day of Catalonia and Cós Blanc. The Cavalcade of the Three Kings is held annually on January 5 to commiserate with the arrival of the three majestic Magi in Spain.

How to move around in Salou

The bus routes in Salou include connections to Cambrils, La Pineda, Port Aventura, Reus and Tarragona. There is a shuttle that will take you to and from the airport in Reus, and taxi ranks can be found opposite the Font lluminosa fountain, the Cap Salou hotel and Reus Airport itself.

The climate in Salou

Salou has a Mediterranean climate with hot summers averaging 29°C high and mild winters where temperatures can reach up to 14°C. The rainiest month is May and the driest July and tourist season runs from the middle of May to the beginning of October.

Salou is a sporting tourism destination with annual events including the Rally Catalunya which, since 2005, has been the base for the World Rally Championship.

The most centrally located hotels in Salou with the best ratings are: Magnolia Hotel - Adults Only, Aparthotel Cye Holiday Centre and Hotel 4r Casablanca Playa.

If you're bringing a vehicle, we recommend that you book a hotel with parking in Salou, like Apartaments Cye Salou, Hotel H10 Salauris Palace or Hotel Best Mediterraneo.

The best hotels in Salou for adults only are Hotel H10 Delfín - Adults Only and Magnolia Hotel - Adults Only.

According to our clients, if you´re travelling with children, the best hotels in Salou are Hotel Best Mediterraneo, Hotel Ohtels Vil·la Romana and Hotel H10 Salauris Palace.

If you want to save time, the hotels in Salou with express check-in and check-out are Hotel Olympus Palace and Apartamentos Salou Pacific.

Some of the options for hotels with non-smoking rooms in Salou are Hotel H10 Salauris Palace, Hotel Ohtels Vil·la Romana and Hotel Best Mediterraneo.