Sercotel JC1 Murcia is modern and is easily accessible from the motorways entering Murcia. It is located just 3 km. from... 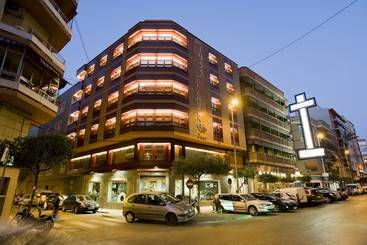 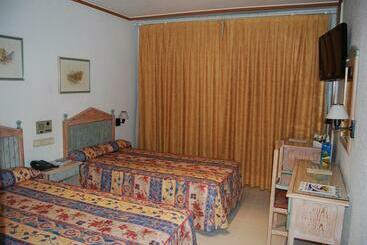 Don't miss out on recreational opportunities including an attached winery and a fitness center. Additional features at this... 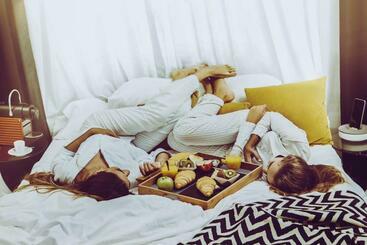 The Cathedral - A symbol of the city: the ninety- six meter tower with is twenty- five bells, can be seen high above the...

Located in a new commercial district which is easily accessible from the expressway and 5 minutes from the town centre. Near... Pacoche Universal Hotel is located in the center of Murcia, a comfortable accommodation with 47 comfortable rooms at your... 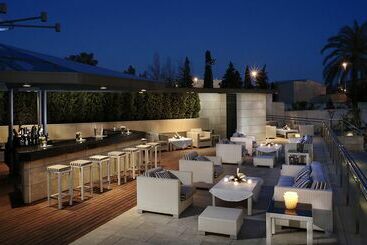 Open in January 2006. Situated in the surroundings of the new Congress Palace and the Exhibitions of Murcia, five minutes... 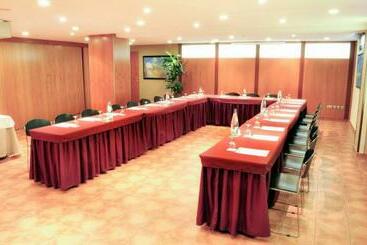 This attractive hotel is located at the heart of Murcia, next to the Floridablanca gardens and the cathedral. The historical...

Book your cheap hotel in Murcia

Murcia is a thriving city in southern Spain. Located 50 miles south-west of Alicante and a 50-minute drive from the Costa Blanca, the city is the capital of the Province of Murcia. The Moors first founded the city in the 9th century and Moorish influences can be seen in some of the architecture of the old town, along with Baroque and Renaissance styles. Visitors to Murcia enjoy touring the Cathedral of Santa Maria, walking along the River Segura, spending time in the zoo and eating at the local cafes and restaurants. A range of cheap hotels can be found in Murcia. There are several budget-friendly places to stay close to the old town with a range of rooms available along the river and within walking distance of the university.

The Barrio del Carmen is south of the river and the busiest neighbourhood of Murcia. The area is the closest to Jardin de Floridablanca, and is only a 6-minute walk from the cathedral and Plaza Cardenal Belluga. San Andres is north of the river and is home to the Salzillo Museum, the Monastery of Corpus Christi and the Jardin de la Seda. Vista Belle, on the north banks of the Segura, is nearer the new part of Murcia and close to the riverside promenade.

What to see and do in Murcia

The Cathedral of Santa Maria is intricately decorated both inside and out. Construction of the cathedral started in 1385 and it took 80 years to complete. To the front of the building is the Plaza de Cardenal Belluga. The architecture around the square is ornate and there are several cafes and restaurants here. The Casino Royal is a beautiful, historical building with incredible ceilings and chandeliers. Art exhibitions, conferences, book signings and civil ceremonies take place here. At Terra Natura Murcia visitors can see lions, giraffes, brown bears, leopards and many other animals. Aqua Natura Murcia boasts swimming pools, a lazy river, kamikaze water slides and a splash park

What to eat in Murcia

Pastel de Carne, or meat pie, is an old Spanish dish that is still made in Murcia. The city is one of the few places left where you can buy it today. With an elaborate, flaky pastry top it is filled with chorizo, beef and egg. Marinera tapas is served widely in the bars of Murcia. It’s a dish of Russian salad topped with anchovies and placed on breadsticks, Rice is a staple food in Murcia and the Arroz Caldero dish comes in a caldron shaped bowl and is rice cooked with fish and veg.

Typical events and festivals in Murcia

Holy Week takes place at Easter when the streets of Murcia fill with parades and processions. Religious statues are carried by local people wearing traditional dress, and treats are handed out to the crowds. In September, the Moors and Christians Festival celebrates the origins of Murcia. Over the Saturday, Sunday and Monday, groups dress in highly decorated costumes and parade through the town. In May, the Three Cultures of Murcia festival takes place with music and food. This festival celebrates the fact that Jewish, Islamic and Christian people live happily side by side in total acceptance.

How to move around in Murcia

A network of reliable buses criss-crosses the city of Murcia with a 2-line tram system that reaches out to the university. Mainline trains serve the towns and villages in the surrounding area. Budget hire cars are available and can be picked up from the town centre or Murcia Airport.

The climate in Murcia

More interesting facts about and sights in Murcia

You can make reservations at Hotel El Churra if you´re looking for a hotel with valet service for your visit to Murcia.

According to our clients, if you´re travelling with children, the best hotels in Murcia are Campanile Hotel Murcia, Hotel Azarbe and Hotel Nelva.

If you want to save time, the hotels in Murcia with express check-in and check-out are Campanile Hotel Murcia and Hotel Casa Emilio.

Some of the options for hotels with non-smoking rooms in Murcia are Hotel Nelva, Hotel Occidental Murcia Siete Coronas and Hotel Hesperia Murcia Centro.

If you're bringing a vehicle, we recommend that you book a hotel with parking in Murcia, like Hotel Occidental Murcia Siete Coronas, Hotel Hesperia Murcia Centro or Hotel Azarbe.

The best hotels with a pool in Murcia are Hotel Nelva and Hostel La Casa Verde.