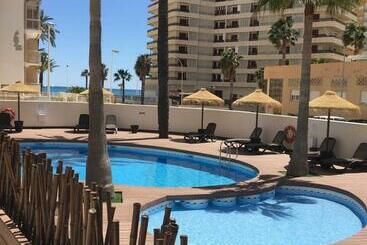 This hotel lies in the tourist centre of Cullera, just 50 m from El Racó Beach. Located just 1.5 km away is the town centre,... 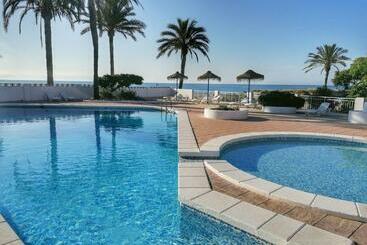 Located in the Bay of Cullera, the hotel offers great views over the sea. Public transport near the hotel and Valencia lies... 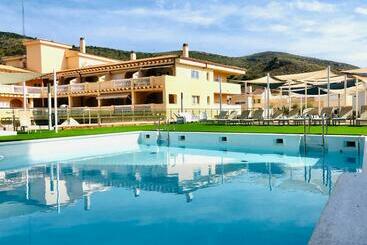 Located in one of the most interesting areas of the province of Valencia in the town of Cullera with spectacular... 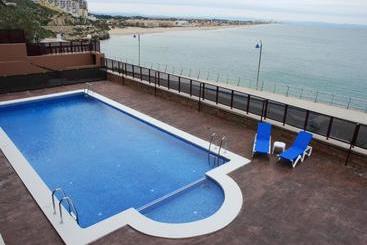 Take advantage of recreation opportunities such as a seasonal outdoor pool or take in the view from a terrace and a garden. This...

Book your cheap hotel in Cullera

This spectacular seaside resort is nestled just beneath the captivating Albufera natural park. Enjoy unbridled access to the Balearic Sea and a host of regional attractions, including the stunning city of Valencia due north up the coast. Back at base, Cullera offers museums, historical landmarks, gardens and hiking routes, all just moments from some of Spain’s finest sandy beaches.

You can choose from a wide variety of accommodation options when you stay at Cullera. Pick between everything from seafront apartments to budget city hotels.

Cullera consists of a number of pretty areas to stay in:


What to see and do in Cullera

Cullera is a picture-postcard beach resort with plenty of sandy coves and tranquil spots to explore. The star attraction in the city itself is the impressive Castle of Cullera, a restored 10th-century fort with a museum and unrivalled views of the area. Museo del arroz, a rice museum, is also a charming spot with breathtaking views over to Valencia. If you’re travelling with little ones, they’re sure to enjoy Aquopolis, a water park with slides and sunbeds. Heading south along the coast, you'll find more spectacular beaches and Torre del Marenyet, a sixteenth-century tower.


What to eat in Cullera

Cullera offers a wide variety of dining options, most of which leans heavily into the Valencian tradition. You can sample sumptuous paella and fideuà dishes throughout town, and indulge in fresh seafood and fish. All i pebre is a particular delicacy and a favourite among locals. It's a stew consisting of eels, potatoes and rich garlic and paprika broth. Another must-try is arròs a banda, a fresh fish and rice dish that's often served in courses. Lastly, no visit to the region is complete without trying esgarraet, a dish of salted cod and juicy red peppers.


Typical events and festivals in Cullera

The Valencia area is home to some very unique and alluring festivals, and Cullera is no different. One of the most prominent is the Aurora of Cullera, a celebration of Cullera's patron saints in and around Easter. There are also a number of non-religious festivals, including the Medusa electronic music festival in August.


How to move around in Cullera

Cullera is serviced by a comprehensive bus network and contains a train station for connections throughout Spain. The closest airport is in Valencia city.


The climate in Cullera

Cullera has a Mediterranean / semi-arid climate with warm summers, mild winters and very little rain throughout the year. Expect highs of 30°C in summer and 16°C in winter.


More interesting facts about and sights in Cullera

Cullera is nestled in the foothills of the last mountain in the Iberian Peninsula before the Mediterranean Sea - you can take hikes in and around this beautiful area, through well-preserved trails like Senda de la Lloma.

The most centrally located hotels in Cullera with the best ratings are: Apartamentos Milenio, Hotel Carabela 2 and Hotel Imperial Ii.

If you're bringing a vehicle, we recommend that you book a hotel with parking in Cullera, like Hotel L Escala, Hotel Carabela 2 or Hotel Santamarta.

If you need a hotel with disabled access in Cullera, we recommend Apartamentos Milenio, Hotel L Escala and Hotel Cullera Holiday.

According to our clients, if you´re travelling with children, the best hotels in Cullera are Apartamentos Florazar II, Hotel Cullera Holiday and Hotel L Escala.

The best hotels with a pool in Cullera are Hotel Sicania, Hotel Santamarta and Hotel Cullera Holiday.

Some of the options for hotels with non-smoking rooms in Cullera are Apartamentos Milenio, Hotel L Escala and Hotel Sicania.

The best-rated hotels in Cullera with a gym are Hotel Cullera Holiday and Apartamentos Florazar II.