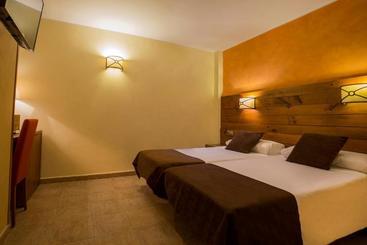 Andorra is a small country , but its extension contrasts with its offer, because you have the possibilities to develop many... 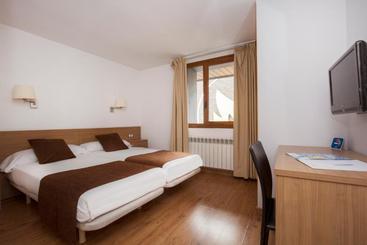 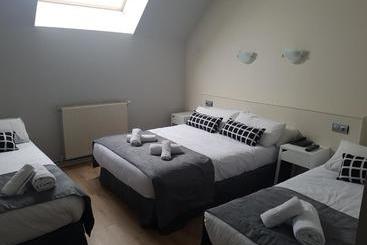 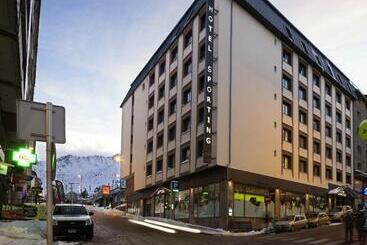 This hotel is situated on the slopes at the heart of the Pas de la Casa ski region. There is a selection of restaurants,... 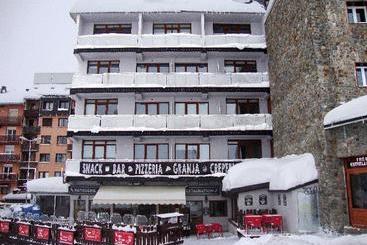 The location and design is ideal for families, couples and Young people who want to enjoy sport activities in contact with... 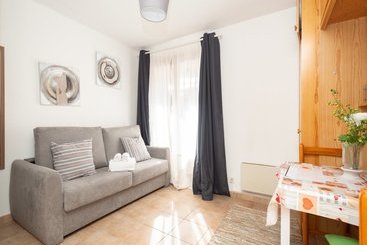 The apartments are situated just 100 metres from the centre of Pas de la Casa, between 50 and 100 metres away from the slopes... 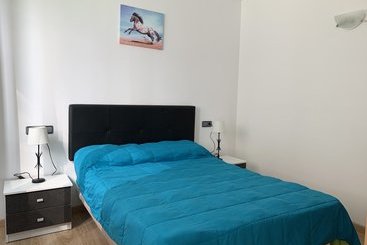 Apartamentos Araco 3000 is set in Pas de la Casa. There is a fully equipped kitchenette and a private bathroom. Hiking and... 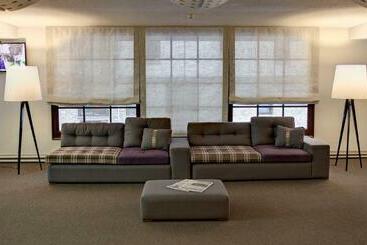 This hotel is located in a quiet street in Pas de la Casa, only 50 metres from the ski station. The town centre is just 200...

Perched up in the Andorran Pyrenees Mountains, El Pas de la Casa is a spectacular ski resort with excellent hiking off-season. Located right on the French border, there are ample day trip opportunities throughout this mountainous region, through Andorra, France and Spain. As the highest ski resort in the area, you can expect premier panoramic views and a lively downtown party scene.

You can choose from a number of affordable hotel options in El Pas de la Casa, both downtown and up in the mountains.

El Pas de la Casa has many neighbourhoods to explore‎:


What to see and do in El Pas de la Casa‎

Skiing is the name of the game here. If you’re not travelling in skiing season, which lasts particularly long because of the altitude, the region provides excellent hiking opportunities to Mirador and into the Pessons. When it comes to skiing, the region is unrivalled for its red pistes. You can travel throughout the area, to Soldeu and Grau Roig, due to a ski lift network. When you're not skiing or snowboarding, you can shop in one of the many duty-free shopping centres, explore Andorra's capital of Andorra la Vella or indulge in some spa and wellness activities.


What to eat in El Pas de la Casa‎

You’ll find a variety of eating options in-town, including everything from fast-food chains to gourmet restaurants. The local delicacies include escudella (the national dish made with boiled pork and vegetables), trucha a la Andorrana (trout cooked in the Andorran-style), embotits (local sausages), cargols a la lluna (snails) and galtes de porc (pork cheeks). French influences are great, so expect croissants and coffee with milk for breakfast.

As a ski resort, El Pas de la Casa doesn't have too many traditional events of festivities and is instead geared toward its young clientele. You'll find typical Andorran festivities like the Lady of Meritxell Day, the country's national day, and religious celebrations like Christmas. The town's most famed celebration is the Festa Major de Sant Pere (Saint Peter's Feast) in June. You'll also find music festivals and events, like Hibernation Festival in April.


How to move around in El Pas de la Casa‎

Pas de la Casa is a small resort with no train station. As such, the main modes of transportation are coach or bus and car/rental car. Private transfers from airports are common, with connections to airports in Barcelona, Girona, Reus and Toulouse. The most flexible option is a car rental - just be sure to specify your destination and gear up with snow tyres/chains.

El Pas de la Casa has short, cool summers and long, freezing winters. From November until April, it's common to see temperatures below 0°C, while summers can reach 18°C.

The first ski lift in the region was installed on the peak of Coll Blanc in 1956, opening the town up to ski tourism. You can still take this ski route but be warned that it's geared more to intermediates than beginners. With the best snow record in Andorra, this resort remains one of the most popular.

The most centrally located hotels in Pas de la Casa with the best ratings are: Hotel Les Truites Adults Only, Hotel Kandahar and Hotel Cristina.

If you're bringing a vehicle, we recommend that you book a hotel with parking in Pas de la Casa, like Hotel Les Truites Adults Only, Hotel Kandahar or Hotel Font D'Argent Pas De La Casa.

If you´re looking for peace and quiet and want to stay at an adult-only hotel in Pas de la Casa, we recommend Hotel Petit.

If you want to save time, the hotels in Pas de la Casa with express check-in and check-out are Appartements Solaris, Apartamentos Lcb Frontera Blanca and Hotel Cal Ruiz.

Some of the options for hotels with non-smoking rooms in Pas de la Casa are Hotel Les Truites Adults Only, Hotel Kandahar and Hotel Cristina.

The best-rated hotel in Pas de la Casa with a gym is Hotel Magic Pas.