A big country takes up little space in the heart of the Pyrenees. Winter sports over 250 Km of ski slopes, spa resorts, adventure... 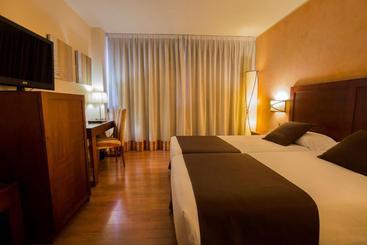 This hotel is in the tourist area of Andorra La Vella, just a few meters from the center of town. The immediate vicinity... 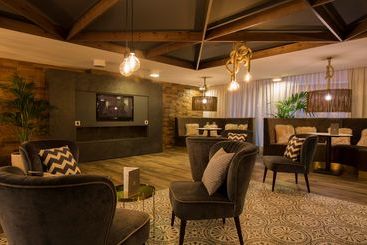 Located in the commercial and financial centre, surrounded by the best shops, malls, cinemas, restaurants. The Caldea thermal... 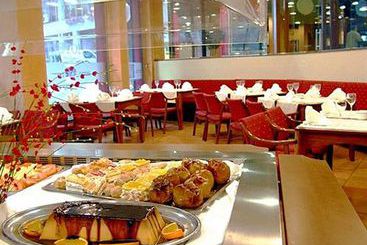 This attractive hotel lies in Andorra La Vella, just 17 km from a ski resort offering a wide range of pistes. 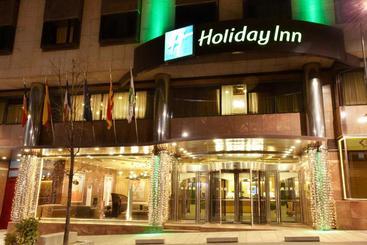 Holiday Inn is located in the centre of Andorra la Vella, near to the congress centre ? Centro de Congresos and the old town...

By car, on the motorway to Manresa-Berga, then take the Cadí tunnel, after exiting the tunnel continue on the road to Andorra,... 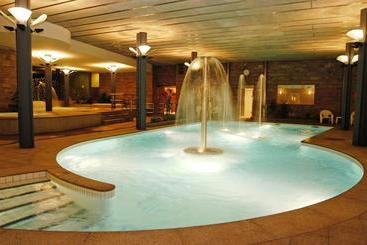 Ideal for a short break, the Novotel Andorra lies in the centre of Andorra la Vella, surrounded by the chic boutiques and... 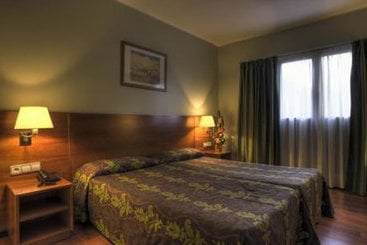 This attractive hotel is situated in the tourist centre of Andorra La Vella and is recommended as a holiday hotel the whole...

Andorra la Vella is located in the central south west of the tiny principality of Andorra high up in the East Pyrenees between Spain and France. It’s the capital and has a population of just under 30,000.

The highest capital in Europe at an altitude of 1,023 metres, Andorra la Vella has Neolithic roots and has been the principal settlement in Andorra since 1278. So small that it wasn’t even mentioned in the Treaty of Versailles at the end of WWI, the principality is a democracy. Its main language is Catalan.

Modern Andorra la Vella is a tourist destination, particularly for winter sports and it’s also a tax haven. The city (and principality as a whole) has a high standard of living and there’s a life expectancy of 80+ years.

The 10 million who visit every year can find budget-friendly hotels in Andorra la Vella, offering a warm and hospitable welcome.

Andorra is divided into seven administrative parishes. Andorra la Vella is the main but smallest parish. It is a complete city but everything is compact so it can be very busy as the height of the tourist season.


What to see and do in Andorra la Vella

The architecture provides many great photo opportunities, but the main attraction is the bronze statue of Noblesse du Temps by Salvador Dali in the centre of the city. There are other interesting stone statues dotted around the streets. Andorra la Vella makes a great base for exploring the whole of the principality which is very driveable and also for winter sports.


What to eat in Andorra la Vella

Traditional Andorran food is mainly Catalan, with some influences from Spanish and French cuisines. There are a few typical Andorran dishes to try. Escudella is Andorra’s national dish. It’s a rich hearty stew of broth containing pasta and various meats. Cargols is a dish of snails, usually oven-baked and served with garlic mayonnaise. Trucha a la Andorranais grilled fish – usually freshwater fish – wrapped in ham. Embotits is a delicious homemade sausage usually made of pork, spiced with salt and red or black pepper. The favourite dessert is Crema Andorra an Andorran version of the famous French crème brûlée.

Andorra la Vella’s main event is the Annual Festival held every July. Shopping is such a draw here that there is even a Shopping Festival held over a week in November. The Christmas Market is also a welcome treat.


How to move around in Andorra la Vella

Two bus lines run regularly between Andorra la Vella to the different parishes of Andorra. Their stops are located in the main streets of the urban centres in the country. There are also six lines of intercity buses, which link all the towns in Andorra. There is no train station, but shuttle buses run from the city to train stations in Lleida in Spain and at L'Hospitalet-près-l'Andorre in France. Andorra la Vella also runs shuttle buses to Girona, Barcelona, and Reus.


The climate in Andorra la Vella

Due to its altitude, Andorra la Vella experiences warm days and cool nights in summer, and chilly to cold, snowy winters with temperatures regularly below freezing.

It depends on the category of the hotel. If you want to stay at a 4-star hotel in Andorra la Vella, the average price per night is 27 €, while you will pay an average of 21 € for a 3-star hotel, and in a more luxurious 5-star hotel, you"ll pay around 59 €.

You can make reservations at Hotel Andorra Park, Hotel Plaza and Suites Plaza Hotel & Wellness Andorra if you"re looking for a hotel with valet service for your visit to Andorra la Vella.

The best hotels in Andorra la Vella for adults only are Hotel Bellpi and Hostal Cisco De Sans.

According to our clients, if you´re travelling with children, the best hotels in Andorra la Vella are Hotel Plaza, Hotel Andorra Park and Hotel Nh Andorra La Vella.

If you want to save time, the hotels in Andorra la Vella with express check-in and check-out are Hotel De L'isard, Hotel Festa Brava and Hotel President.

Some of the options for hotels with non-smoking rooms in Andorra la Vella are Hotel Nh Andorra La Vella, Hotel Andorra Park and Hotel Plaza.

If you're bringing a vehicle, we recommend that you book a hotel with parking in Andorra la Vella, like Hotel De L'isard, Hotel Pyrénées or Suites Plaza Hotel & Wellness Andorra.