This new property is located in South Wharf on the same side as Southbank. South Wharf is a newly built precinct close to... 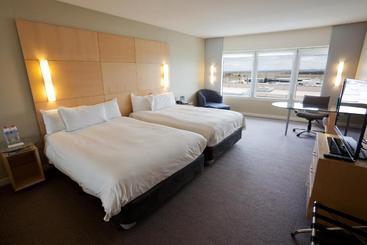 Linked directly to the terminal via sky bridge, the Parkroyal Melbourne Airport hotel offers the ideal location for business... 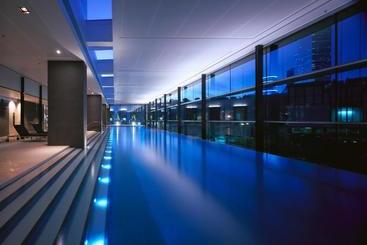 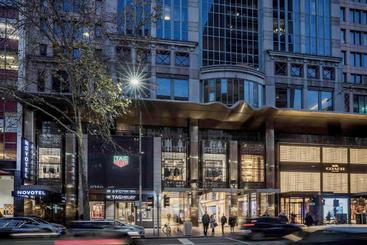 The contemporary Novotel Melbourne on Collins is perfectly positioned on stylish Collins Street. Be it the diverse range... 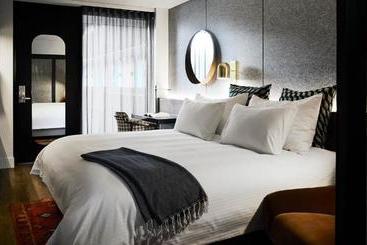 Located at the ¿Paris¿ end of Little Collins Street, the hotel is close to its many theatres and is walking distance to... 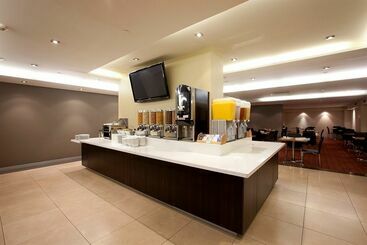 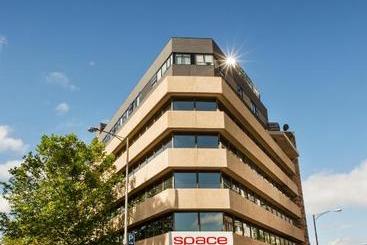 Situated on Russell Street, the hotel is just 90 metres from Old Melbourne Gaol, a museum and former prison. Other popular...

Book your cheap hotel in Melbourne

Melbourne is the capital city of Victoria, Australia. It is considered one of the safest in the world. It is Australia's second-largest and most populous city, with over 5 million people and an 81 percent safety index. It is well-known for its cultural diversity, numerous laneways, great street art and fantastic food choices for all budgets. It's also recognised as being the world's coffee capital and for being selected as the most liveable city worldwide on a regular basis. This dynamic metropolis hosts uniquely characterised neighbourhoods, explorable mountain ranges, lush green parks where you can experience Australian nature at its best and an exhilarating city centre.

Accommodation options in this city vary significantly in pricing, ranging from dirt cheap to mid-range to luxurious, allowing you to identify a facility that will suit any budget. Lodging facilities include but are not limited to hotels, motels, apartments, backpacker hostels and bed and breakfast options. Depending on the location, some rooms overlook beautiful gardens or the outlets swimming pool.

This is a big city with numerous suburbs. These are some of them:

What to see and do in Melbourne

Despite the lack of a renowned bridge or huge port, the municipal competes with Sydney as the country's business, artistic and cultural hub. This means you'll find lots of engaging activities and wondrous sights, including:

What to eat in Melbourne

Some of the metropolitan’s must-try foods include:

Typical events and festivals in Melbourne

This metropolitan is undoubtedly the world's athletic capital, holding major international events year-round. Some of the annual festivals include:

How to move around in Melbourne

Moving around Melbourne is easy and convenient and sometimes free on the tram. The area's public transport system is among the best countrywide. You'll find trains, buses and streetcars (trams) or you can hail a taxi or rent a car.

The climate in Melbourne

The most centrally located hotels in Melbourne with the best ratings are: Hotel Lancemore Crossley St. Melbourne, Hotel Melbourne Marriott and Hotel The Langham Melbourne.

It depends on the category of the hotel. If you want to stay at a 4-star hotel in Melbourne, the average price per night is 58 €, while you will pay an average of 45 € for a 3-star hotel, and in a more luxurious 5-star hotel, you"ll pay around 78 €.

You can make reservations at Hotel Melbourne Marriott, The Hotel Windsor and Hotel Pullman Melbourne On Swanston if you"re looking for a hotel with valet service for your visit to Melbourne.

According to our clients, if you´re travelling with children, the best hotels in Melbourne are Hotel Melbourne Marriott, Hotel Zagame's House and Hotel Lancemore Crossley St. Melbourne.

If you want to save time, the hotels in Melbourne with express check-in and check-out are Hotel Lancemore Crossley St. Melbourne, Hotel Melbourne Marriott and Hotel The Langham Melbourne.

Some of the options for hotels with non-smoking rooms in Melbourne are Hotel Lancemore Crossley St. Melbourne, Hotel Zagame's House and Hotel Melbourne Marriott.

If you're bringing a vehicle, we recommend that you book a hotel with parking in Melbourne, like The Hotel Windsor, Hotel Pullman Melbourne On Swanston or Hotel View Melbourne.