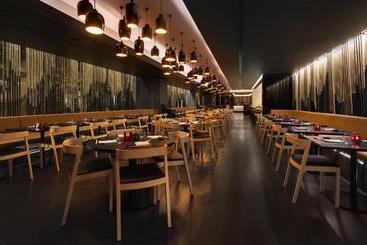 Located at the Circular Quay end of the city, at the entrance to historic Rocks area (full of restaurants and quaint shops).... 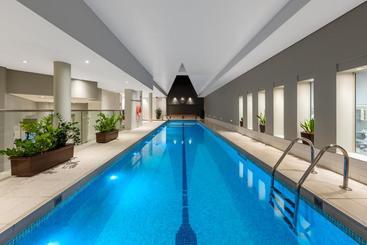 Location: housed within a heritage-listed building that is located in the heart of the city. In the CBD (central business... 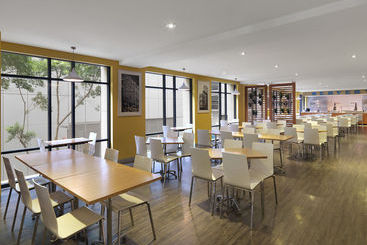 Located in the revitalized southern area of Sydney city, close to Hyde Park and Oxford Street. It is within walking distance... 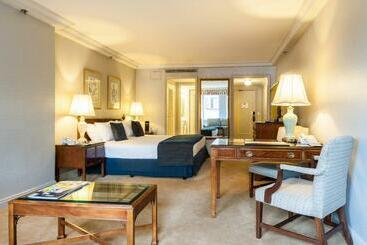 The hotel is located in a prime position on the historic Macquarie Street in the central business district of Sydney. It... 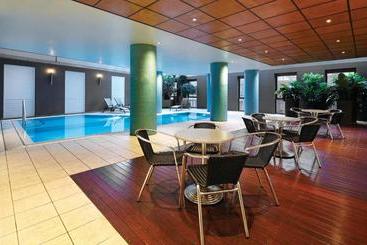 Located on the corner of Kent and Bathurst Streets, this hotel is your ideal base in the city center, few steps to tourist... 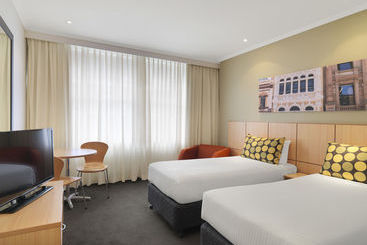 This hotel is located in the heart of Sydney's central business district, only a few minutes walk to Circular Quay, and law... 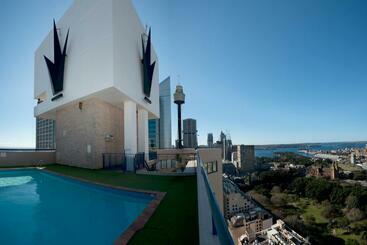 Very central location in the heart of Sydney's CBD. Located 2 minute walk from the shopping delights of the Queen Victoria...

Book your cheap hotel in Sydney

With one of the most recognisable cityscapes in the world, Sydney is the capital of New South Wales. It is consistently rated as one of the world’s most liveable and that also makes it a fabulous holiday destination, being in the top 15 most visited cities in the world. The aforementioned cityscape includes the iconic Sydney Harbour, fabulous beaches, instantly recognisable architecture and even bushland of national parks. There is a wow factor to the so-called Harbour City that runs through its history, attractions, arts, and food scene. Visitors can expect a laid-back city that pulses with excitement.

Having to host more than 16 million visitors every year means the city has to have plenty of hotel accommodation. Visitors have an abundance of choice from campsites to B&Bs, to luxury resorts and cheap hotels in Sydney.

If you want to stay in one of the coolest suburbs of the city, they include:

What to see and do in Sydney

It’s impossible to list all the attractions and activities that this city has to offer. Some highlights are:

What to eat in Sydney

When you know that MasterChef is the most watched TV show in Australia, you see why food is so important culturally. Any and every food is available in Sydney so it is worth seeking out some of the most iconic Australian foods. These include:

Typical events and festivals in Sydney

As diverse and vibrant as the city itself, the vents calendar is packed all year. Just a few choice options are:

How to move around in Sydney

Outside of the CBD, the best way to get around Sydney is with a travelcard (currently the Opal card) which enables travel on the bus, light rail, and train. Ferries operate on various routes around the harbour. There are plenty of taxis and the international airport is a 20-minute drive away.

The climate in Sydney

The weather is always decent in the city thanks the sub-tropical climate. Summers are warm to hot and winters are cool. Average daily high temperature is fairly constant ranging from 17 to 26°C across the year. December, January, and February are the warmest months when there is also a high risk of thunderstorms but this is still the best time to visit.

The most centrally located hotels in Sydney with the best ratings are: Hotel Ovolo Woolloomooloo, Hotel Parkroyal Darling Harbour and Hotel Intercontinental Sydney, An Ihg.

It depends on the category of the hotel. If you want to stay at a 4-star hotel in Sydney, the average price per night is 58 €, while you will pay an average of 43 € for a 3-star hotel, and in a more luxurious 5-star hotel, you"ll pay around 95 €.

You can make reservations at Hotel Ovolo Woolloomooloo, Hotel Park Hyatt Sydney and Hotel Parkroyal Darling Harbour if you"re looking for a hotel with valet service for your visit to Sydney.

If you want an adult-only hotel in Sydney, some of the best options for adults only are Hotel Travelodge Sydney, Travelodge Hotel Sydney Martin Place and Hotel Medusa Sydney.

According to our clients, if you´re travelling with children, the best hotels in Sydney are Hotel Intercontinental Sydney, An Ihg, Hotel Parkroyal Darling Harbour and Hotel Park Hyatt Sydney.

If you want to save time, the hotels in Sydney with express check-in and check-out are Hotel Parkroyal Darling Harbour, Hotel Intercontinental Sydney, An Ihg and Four Seasons Hotel Sydney.

Some of the options for hotels with non-smoking rooms in Sydney are Hotel Ovolo Woolloomooloo, Hotel Park Hyatt Sydney and Hotel Parkroyal Darling Harbour.