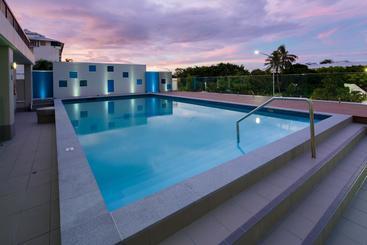 Ideally located on the picturesque Cairns Esplanade overlooking Trinity Harbour and the departure point to the Great Barrier...

Located on the waterfront, Mantra Esplanade Cairns is the perfect base for your Tropical North Queensland stay. Situated...

The Hotel Cairns is situated in the heart of Cairns, one block from the famous Esplanade and walking distance to shops and... 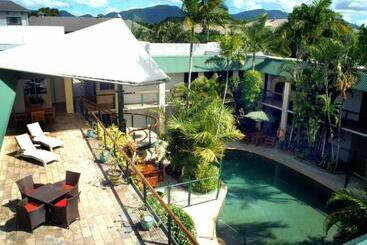 This hotel is located 100 meters from the Esplanade (one block from the waterfront) and approximately a 10 minute walk from... This property is located a few minutes walk to the railway station, shopping centre, Convention centre and Cairns Esplanade.... 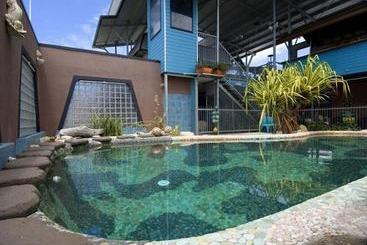 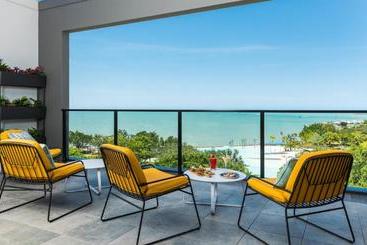 Located in the heart of Cairns on the Esplanade, Oaks Cairns Hotel is a short walk from the beachfront boardwalk and Cairns...

Book your cheap hotel in Cairns

Located on the east coast in the far north of the state, Cairns is the fifth most populous city in the state of Queensland. Founded in 1876 to provide access to goldfields, it has grown into a major transit city for tourists visiting the Great Barrier Reef, the tropical rainforests, and the Atherton Tableland. But visitors don’t just pass through. The city and its relaxed atmosphere can be enjoyed by all sorts of holidaymakers from cruise ship passengers to people who love a good urban environment.

Hotel construction in the city keeps pace with the growing number of visitors who are mainly international rather than domestic. There is holiday and hotel accommodation to suit every budget in Cairns.

Each area of the city has its own unique personality, so choose the area that suits you most. For example:

What to see and do in Cairns

Some of the most popular attractions and activities include:

What to eat in Cairns

The food culture in Cairns can be described as quintessentially Australian, with lots of fresh fish along with a handful of local delicacies that are special to the region. Some of the most popular foods to seek out to try include:

Typical events and festivals in Cairns

There is always something going in Cairns, no matter what time of the year you choose to visit. For example:

How to move around in Cairns

The city centre is reasonably flat so totally walkable, and there are marked walking trails, too. But the best way to move around Cairns is the comprehensive bus service that provides routes with stops covering the significant areas of the city. There’s plenty of taxis and car hire companies. The city is served by its international airport and is connected to Brisbane by train.

The climate in Cairns

With its tropical climate, summers are hot and humid, and winters are warm. Average daily temperatures in summer (November to February) rarely dip below 31°C. July is the coldest month, with an average temperature of 17.0°C. Note that the wet monsoon season is between November and April, and travel isn’t always recommended during this time.

It depends on the category of the hotel. If you want to stay at a 4-star hotel in Cairns, the average price per night is 60 €, while you will pay an average of 43 € for a 3-star hotel, and in a more luxurious 5-star hotel, you"ll pay around 81 €.

If you're bringing a vehicle, we recommend that you book a hotel with parking in Cairns, like Hotel Beachfront Apartments On Trinity Beach, Hotel Costa Royale Trinity Beach or Tradewinds Mcleod Holiday Apartments.

You can make reservations at Hotel Pullman Reef Casino, Cannon Park Motel and Hotel Hilton Cairns if you"re looking for a hotel with valet service for your visit to Cairns.

If you want an adult-only hotel in Cairns, some of the best options for adults only are Hotel Mad Monkey Backpackers Village, Hotel Why Not Backpackers and Hotel Breakfree Royal Harbour.