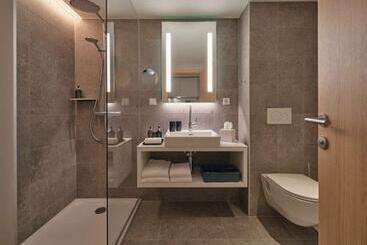 Situated in Vienna and within 600 metres of Museum of Military History, Adina Apartment Hotel Vienna Belvedere has a bar,... 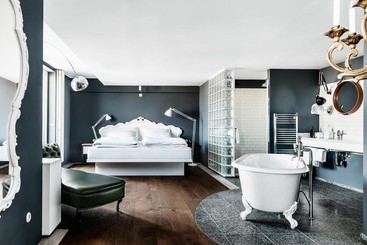 Grand Ferdinand Vienna – Your In The City Center

Opened in autumn 2015, the Grand Ferdinand is located right on the Ringstraße boulevard in the centre of Vienna and offers... 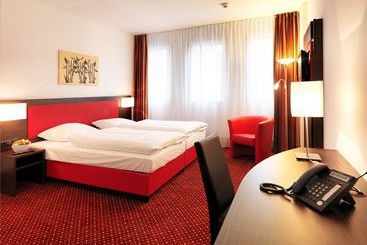 Amidst the pulsating business quarter Landstrasse ? just 4 underground stations away from the city center ? modern design... 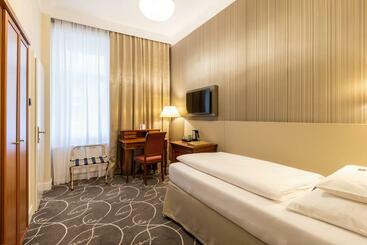 Centrally located in the Wiedner Hauptstrasse in ViennaÂ?s 4th District, only a few minutesÂ? walking distance from Karlsplatz...

This luxury hotel lies within a few paces of the state opera house, St. Stephen's cathedral and the famous Kärntner Straße.... 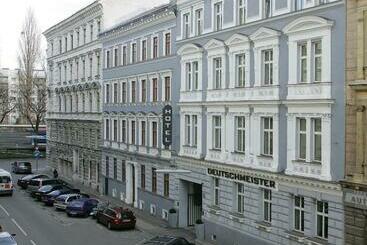 Located in quiet and green surroundings, this Vienna hotel is within walking distance of Sigmund-Freud Museum and Vienna... 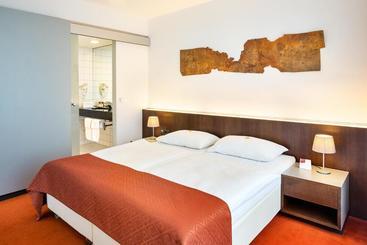 Superbly located, this hotel lies in the historical centre of Vienna, between the state opera house and St. Stephen's cathedral....

Book your cheap hotel in Vienna

Located in the north-east of Austria, Vienna is the national capital and the country’s largest city with a population of 1.9 million. It’s the 6th largest city in the European Union and sits close to the borders with Czechia, Slovakia, and Hungary.

Vienna is a thoroughly modern city with a glittering past. Synonymous with the arts, particularly music, and intellectualism, it was also the centre of an empire in the late 19th/early 20th century.

Sitting on the River Danube, Vienna is still an artistic city with a high quality of life and the ideal destination for anyone with an interest in architecture, history, music, and the human mind.

As a city that welcomes nearly 7 million tourists and visitors every year, you are guaranteed to find plenty of choice in budget-friendly hotels in Vienna.

Vienna consists of a number of districts each with their own character and attractions:


What to see and do in Vienna

There’s a veritable laundry list of attractions in Vienna. Its museums, exhibitions, and galleries are world-class, for example the Kunsthistorisches Museum. Everywhere you turn there is awesome architecture in the Gothic, Baroque, and Art Nouveau styles with some of the best examples of the latter by Otto Wagner in the 14th district. A few key buildings are the Schonbrunm Palace, Karlskirche, and the Plague Column.


What to eat in Vienna

You can’t visit Vienna without trying their two most famous dishes: wiener schnitzel, a breaded veal or pork escalope and sachertorte a rich chocolate cake best eaten with a small glass of apricot liqueur and a cup of coffee. Local cuisine is comfort food like knodel which are dumplings with fillings that can be sweet or savoury. Café culture thrives in Vienna so there’s plenty of opportunities to stop for a snack and excellent coffee at any time.Apfelstrudel hot apple strudel is a popular choice as are roasted chestnuts available from street stalls in the winter.


Typical events and festivals in Vienna

Vienna is a city of music so concerts and festivals litter the calendar, particularly those of the music of Mozart and Strauss and the New Year’s Day Concert is a popular event. Modern music isn’t left out with Popfest happening every July. Vienna hosts an international film festival, the Viennale every October and the Christmas markets are among the best in Europe. Other major events to note are the Wiener Festwochen, a six-week cultural festival and the International Art Fair in Autumn.


How to move around in Vienna

The city’s extensive railway system is an integrated network with a unified fare system and there’s also public transport provided by the five lines of the U-Bahn (metro), trams, and buses. Taxis are plentiful 24/7.


The climate in Vienna

The most centrally located hotels in Vienna with the best ratings are: Hotel Boutique Am Stephansplatz, Hotel Sacher Wien and Hotel Hollmann Beletage Design & Boutique.

It depends on the category of the hotel. If you want to stay at a 4-star hotel in Vienna, the average price per night is 50 €, while you will pay an average of 40 € for a 3-star hotel, and in a more luxurious 5-star hotel, you"ll pay around 111 €.

Hotel Nh Vienna Airport Conference Center is the closest one to Vienna-Schwechat.

You can make reservations at Hotel Boutique Am Stephansplatz, Hotel Sacher Wien and Hotel Kaiserhof Wien if you"re looking for a hotel with valet service for your visit to Vienna.

If you´re looking for peace and quiet and want to stay at an adult-only hotel in Vienna, we recommend Hotel The Levante Parliament A Design.

According to our clients, if you´re travelling with children, the best hotels in Vienna are Hotel The Harmonie Vienna, Bw Premier Collection, Hotel Sacher Wien and Hotel Boutique Am Stephansplatz.

If you want to save time, the hotels in Vienna with express check-in and check-out are Hotel Sacher Wien, Hotel Kaiserhof Wien and Hotel The Harmonie Vienna, Bw Premier Collection.

Some of the options for hotels with non-smoking rooms in Vienna are Hotel Boutique Am Stephansplatz, Hotel Sacher Wien and Hotel Kaiserhof Wien.