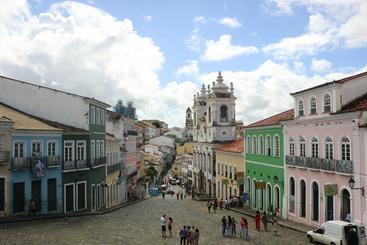 Hostel Torre is located in Salvador, 1,3 km from Bahia Marina. Free WiFi access is available and breakfast is included. Each...

Casa de Mainha is a practical hostel located in Vila Laura, in Salvador, and offers free WiFi. Guests will find a shared... 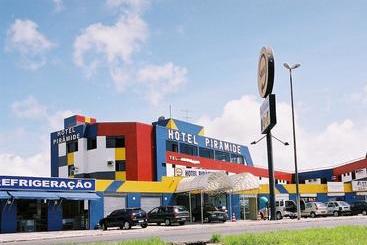 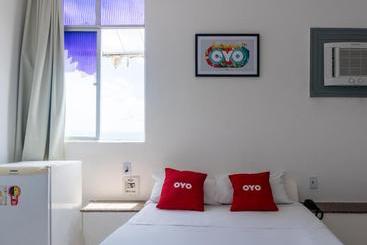 Offering a restaurant, Hotel Piramide - Dois de Julho (Adult Only) is located in Salvador, just 2 km away from UNESCO World...

Pousada Biribiri is located in Salvador's Santo Antonio district, 1.8 km from the Modelo Market and 2 km from the ferry boat....

San Salvador de Bahía of all the Saints, known internationally as Salvador de Bahía or simply Bahía, was the capital of Brazil until 1763, when the capital transferred to Rio, and later to Brasilia. Its origin is closely related to Bahía, due to its location and the harbor activity that brought the city prosperity as well as rapid growth.
Salvador quickly became a very important center for the entire Atlantic coast of the South American continent until the 18th century, when it was sacked several times and its prominence waned. At the present time, Salvador de Bahía gives the impression of a renewed and updated city. With many tourist attractions, despite not having the animation and peculiarities of Sao Paulo or Rio, it is a favorite destination among Brazilian and foreign beach-goers. Nowadays it is possible to find many package tours from America or Europe; there are many options for a summery stay in this city.
Salvador de Bahías beaches make it one of the main centers of tourism for all Brazil, but it also possesses a visible cultural and ethnic tradition. The music you hear is local and is closely related to the history and the people of Salvador, while there are numerous dance halls, concerts and theaters.
The beaches of Salvador are internationally renowned, and although it is seen as a city for sun-worshippers, the beach is not the only point of interest. Its carnival, although smaller than Rios, is just as dynamic. Salvador de Bahía is characterized by its vast number of avenues, a metaphorical point of contact between numerous cultures: American, African, European and even Asian. This translates into an ethnic wealth that has left its mark on the city in the form of liberal social values; that, and the colonial splendor of long ago, fills the citys architecture and spirit with a unique quality that earned in the status of Patrimony of Humanity by UNESCO. It is said that in Salvador there is a church for every day of the year; this becomes obvious when exploring the enchantment of its streets, listening to the daily local hustle and bustle, and from the number of religious buildings. This city has everythingcelebration, culture, religion, diversion and relaxationa pleasure for the senses.
See more See less

The most centrally located hotels in Salvador de Bahia with the best ratings are: Hotel Aram Yamí Boutique, Hotel Casa Do Amarelindo and Hotel Villa Bahia.

It depends on the category of the hotel. If you want to stay at a 4-star hotel in Salvador de Bahia, the average price per night is 15 €, while you will pay an average of 11 € for a 3-star hotel, and in a more luxurious 5-star hotel, you"ll pay around 29 €.

You can make reservations at Hotel Deville Prime Salvador, Hotel Monte Pascoal Praia Salvador and Hotel Mercure Salvador Rio Vermelho if you"re looking for a hotel with valet service for your visit to Salvador de Bahia.

The best hotels in Salvador de Bahia for adults only are Hotel Portobello Ondina Praia and Hotel Zank By Toque.

According to our clients, if you´re travelling with children, the best hotels in Salvador de Bahia are Hotel Deville Prime Salvador, Hotel Casa Do Amarelindo and Hotel Aram Yamí Boutique.

If you want to save time, the hotels in Salvador de Bahia with express check-in and check-out are Hotel Deville Prime Salvador, Hotel Mar Brasil and Hotel Pousada Encanto De Itapoan.

Some of the options for hotels with non-smoking rooms in Salvador de Bahia are Hotel Aram Yamí Boutique, Hotel Casa Do Amarelindo and Hotel Pousada Casa Da Vitória.