Hotels in the centre of Glasgow 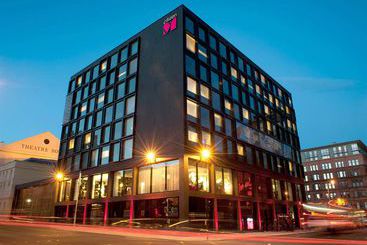 From Glasgow airport take the M8 towards Glasgow. Take the exit towards the A198/Clydebank/Anderston. Keep right at the... 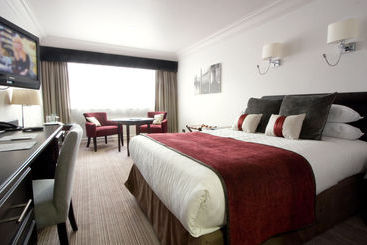 Location: in the centre of Glasgow, 800 m. from Buchanan Street underground station and close to the city's main tourist... 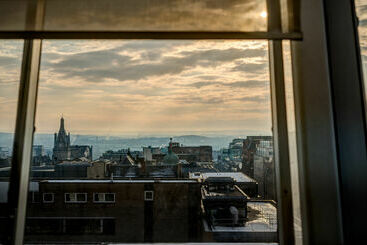 Located in the centre of Glasgow just 2 minutes from Glasgow's main shopping street and centre. Ideally located for those... 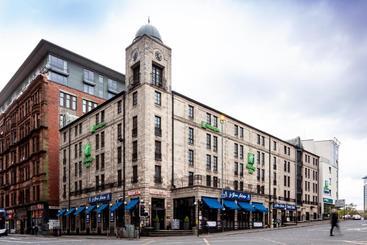 This appealing hotel is located in the centre of Glasgow close to the city's theatres. A selection of shopping and entertainment... 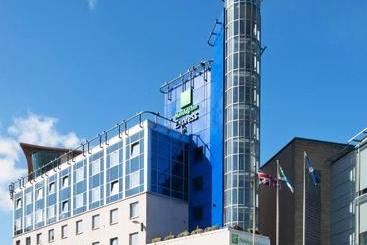 The Holiday Inn City Center Hotel is a stunning four-star hotel located in the heart of the beautiful city of Glasgow. Thanks... 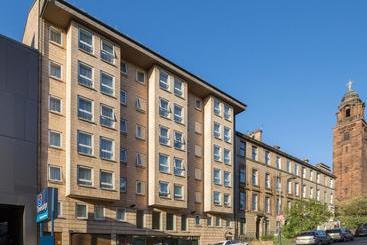 The hotel is located only 5 minutes away from the city centre. Travelling from the M8 motorway, exit at junction 17. At... 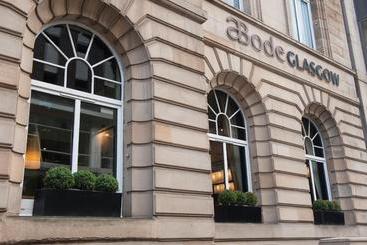 The preferred airport for ABode Hotel is Glasgow (GLA-Glasgow Intl.) - 10.9 km / 6.8 mi. Distances are calculated in a straight... 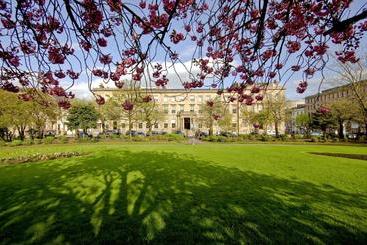 This landmark property commands one side of Blythswood Square, a quiet, green space in the centre of Glasgow city. The tourist...

Since the 18th century Glasgow has played an important role in the history of shipbuilding, but in the last thirty years it has experienced a shift towards the service industry, which has consolidated it as a prime city for tourism. The improvements to the city (it now boasts an amazing number of theaters, art galleries and museums) earned it the title of UK City of Architecture and Design in 1999.

The influence of the famous architect Charles Rennie Mackintosh is evident all over Glasgow. On Renfrew Street we can visit the Glasgow School of Art, and the School of Fine Arts with its important collection of furniture and designs, and impressive library. In Sauchiehall Street is the Willow Tea Room, renovated according to the design of Mackintosh. The Lighthouse, near Princes Square, is a beautiful building of the same architect that was the seat of the Glasgow newspaper Herald, it currently houses the Center of Mackintosh Interpretation. From its tower wonderful views of Glasgow can be enjoyed. The prestigious Museum of Contemporary Art  in its beautiful neoclassical building  is located in Exchange Square. And nearby in George Square, you can admire some of the most beautiful Victorian architecture in the United Kingdom, from the magnificent City Chambers to the elegant Merchants House. Take a walk through Merchant Square, winding among its art galleries, bars and restaurants, and ahead sits the imposing medieval-style Glasgow Cathedral displaying magnificent stained glass windows. In the same area exists the oldest building remaining from the medieval city, Provand s Lordship, and Queens Cross Church in which, once again, Mackintosh mixes Gothic style with that of Japanese art and other Eastern influences.

Without a doubt, many worthwhile sites are found outside central Glasgow the Science Center; Glasgow Tower; the Clyde Auditorium (by the magnificent architect Sir Norman Foster); the Scottish Opera; the Peoples Palace (that explains the society of Glasgow from the 12th century to the present time); the Mackintosh House, a faithful reproduction of the home of the renowned architect and his wife; and many more.
See more See less

It depends on the category of the hotel. If you want to stay at a 4-star hotel in Glasgow, the average price per night is 63 €, while you will pay an average of 39 € for a 3-star hotel, and in a more luxurious 5-star hotel, you"ll pay around 72 €.

You can make reservations at Hotel Kimpton Blythswood Square and Radisson Blu Hotel, Glasgow if you´re looking for a hotel with valet service for your visit to Glasgow.

If you need a hotel with disabled access in Glasgow, we recommend One Devonshire Gardens A Hotel Du Vin, Hotel Goglasgow Urban By Compass Hospitality and Hotel Sherbrooke Castle.

According to our clients, if you´re travelling with children, the best hotels in Glasgow are Hotel Sherbrooke Castle, Hotel Goglasgow Urban By Compass Hospitality and The Alamo Guest House.

If you want to save time, the hotels in Glasgow with express check-in and check-out are The Alamo Guest House, One Devonshire Gardens A Hotel Du Vin and Busby Hotel.

Some of the options for hotels with non-smoking rooms in Glasgow are The Alamo Guest House, One Devonshire Gardens A Hotel Du Vin and Hotel Goglasgow Urban By Compass Hospitality.

If you're bringing a vehicle, we recommend that you book a hotel with parking in Glasgow, like The Alamo Guest House, Hotel Goglasgow Urban By Compass Hospitality or Hotel Best Western Garfield House.