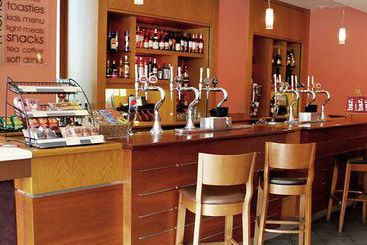 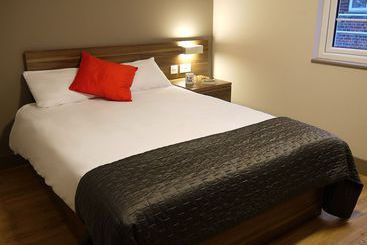 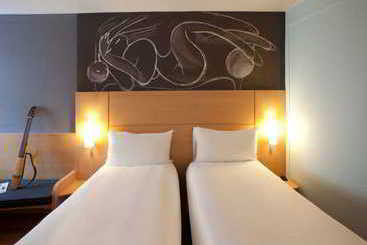 Situated in the heart of the vibrant city of Brighton, by the railway station, ibis Brighton City Centre boasts modern, soundproofed... 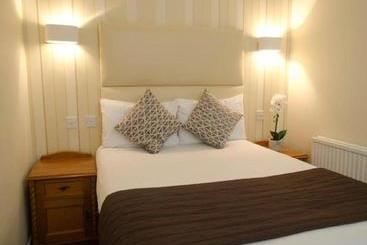 Located along Brighton's popular sea front, a short walk away from the pier and the busy lanes. A wide variety of restaurants... 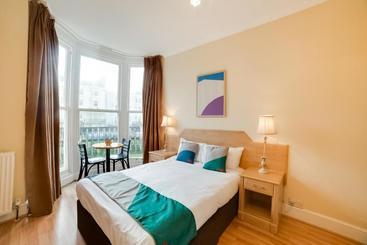 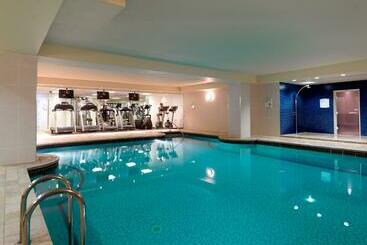 The hotel is located in an excellent position on the Brighton seafront. There are many bars and restaurants nearby. 1 kms... 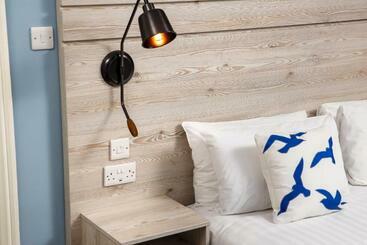 The hotel is set right on Brighton's seafront with stunning sea views and the 'Lanes' shopping area, The Royal Pavillion... 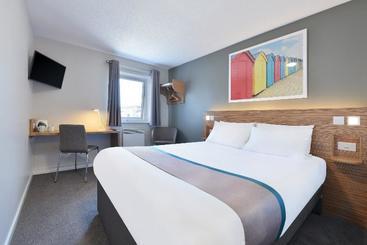 Follow the A23 towards the Brighton seafront and then take the coastal road to Worthing. Follow the right-hand lane for 180...

Book your cheap hotel in Brighton

One of the hippest places in England, Brighton sits on the South Coast, about 50 miles directly south of London. Technically, it is part of Brighton and Hove, the only city in East Sussex. Visitors will revel in a hedonistic, boho atmosphere, one of the UK’s most distinctive buildings, a glittering nightlife and the country’s most accepting LGBT+ scene. This seaside resort doesn’t take itself seriously as is evidenced by the revelation that the city has the UK’s highest population of followers of the Jedi religion!

Being a very welcoming place, the city is a great host and visitors will find plenty of holiday accommodation of all sorts. Budget travellers will find that cheap hotels in Brighton are readily available.

Everyone will find their spiritual home here. Some of the most attractive areas for visitors are:

What to see and do in Brighton

You won’t be at a loss for ways to spend your days and nights in this vibrant, happening city. Highlights include:

What to eat in Brighton

Food is of a truly international flavour with eateries from sophisticated restaurants to gastropubs and from cosy tea rooms to stalls on the beach. There are some local foods and drinks to look out for:

Typical events and festivals in Brighton

The city parties in real style and its events are as colourful and engaging as the surroundings and people.

How to move around in Brighton

It’s nice to stroll along the seafront or take the number 7 bus, but it’s even better to ride the Volks Electric Railway, the oldest of its kind in the world, which has departures every 15 minutes. There are bus routes throughout the city and plenty of taxis. Brighton is well connected by motorway and railway.

The climate in Brighton

Visitors can expect both summer and winter to be cool. The average annual daily temperature is 14°C with the highest hitting 22°C in July and August and January and February being the coldest at an average of 3°C. There are frequent cloudy periods, and the wettest month is October. Spring and summer are the best times to visit.

The most centrally located hotels in Brighton with the best ratings are: Hotel Cavalaire Guest House, Hotel Brightonwave and Hotel Blanch House.

It depends on the category of the hotel. If you want to stay at a 4-star hotel in Brighton, the average price per night is 61 €, while you will pay an average of 57 € for a 3-star hotel, and in a more luxurious 5-star hotel, you"ll pay around 91 €.

You can make reservations at Hotel The Old Ship Part Of The Cairn Collection if you´re looking for a hotel with valet service for your visit to Brighton.

If you need a hotel with disabled access in Brighton, we recommend Hotel The Grand Brighton, Hotel Jurys Inn Brighton Waterfront and Hotel The Old Ship Part Of The Cairn Collection.

The best hotels in Brighton for adults only are Hostel Home Brighton Backpackers and Hotel Blanch House.

According to our clients, if you´re travelling with children, the best hotels in Brighton are Hotel The Old Ship Part Of The Cairn Collection, Hotel Sea Spray and Hotel The Charm Brighton Boutique & Spa.

If you want to save time, the hotels in Brighton with express check-in and check-out are Hotel The Charm Brighton Boutique & Spa, Motel Schmotel and Hotel Sea Spray.

Some of the options for hotels with non-smoking rooms in Brighton are Hotel Cavalaire Guest House, Hotel Brightonwave and Hotel Blanch House.

If you're bringing a vehicle, we recommend that you book a hotel with parking in Brighton, like Hotel Blanch House, Bed and Breakfast Colson House or Hotel Drakes.